Trying to understand how this PNP works

Here is the circuit I am trying to understand: 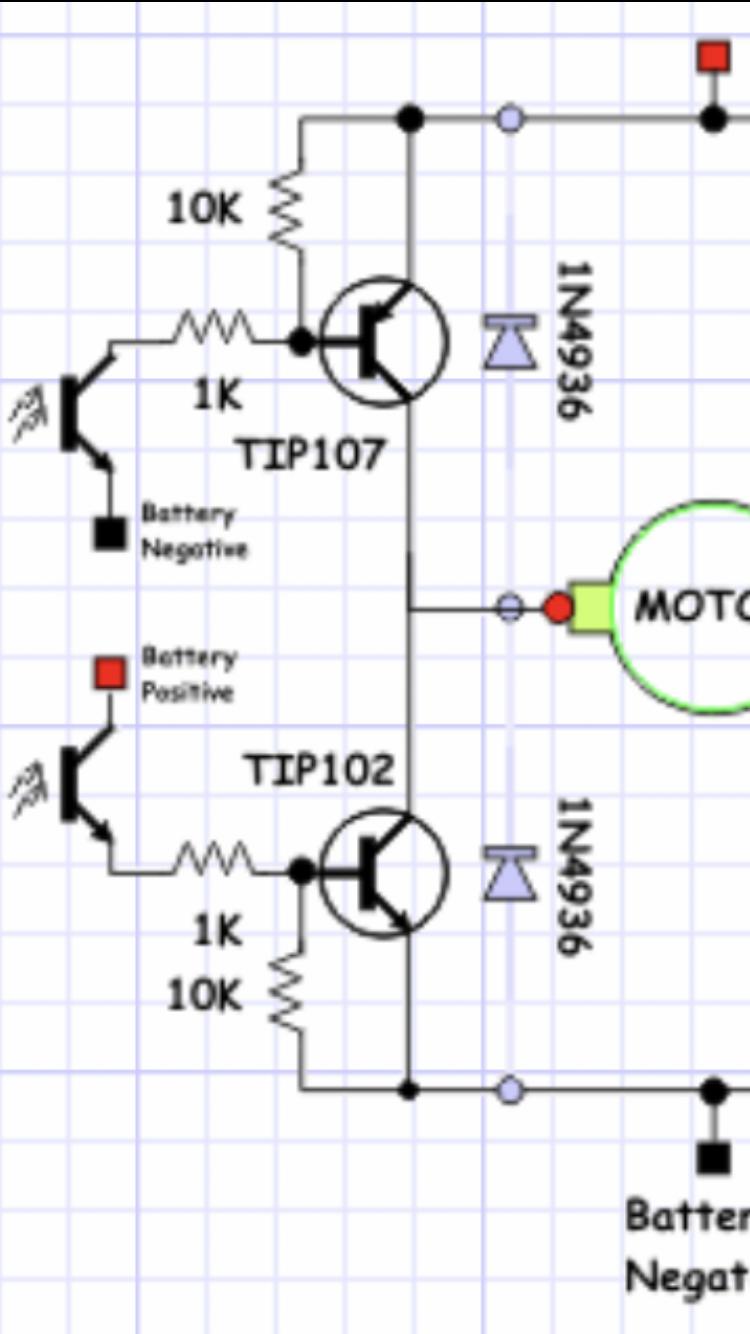 To control to top PNP transistor, there is an optocoupler and 2 resistors.

When the opto is off, the base of the PNP is in series with the 10k resistor. I guess that the voltage on the base would be lower than the source voltage as the resistor will have a voltage drop.

If I understand correctly, the PNP will be on if the base has 0.7V less than the voltage on the emitter.

When the opto is on, then the base is in a voltage divider (in between the 10k and the 1k resistors) so then again, the voltage on the base should be less than the one on the emitter.

How can this PNP be turned off?

When the opto is off, the base of the PNP is in series with the 10k resistor. I guess that the voltage on the base would be lower then the source voltage as the resistor will have a voltage drop.

If I understand correctly, the PNP will be on if the base has 0.7 V less then the voltage on the emitter.

But when the opto is on, then the base is in a voltage divider (in between the 10k and the 1k resistors) so then again, the voltage on the base should be less then the one on the emitter.

That's correct and the base-emitter junction voltage will be about 0.7 V. (It behaves like a diode.)

How can this PNP be turned off?

Easy. Turn off the opto-isolator. Now no current will flow through the 1k resistor, the 10k resistor will pull the base up to the emitter's voltage, the base will not be forward biased and the transistor will turn off.

Could you try explaining the « the resistor pulls the base up to the emitter's voltage » in other words.

Due to thermal effects the transistor will leak a little current between the emitter and the collector. This means it is not fully "off". By connecting the base to the emitter we can stop this - but then we would need another switch in that connection to allow the transistor to work normally. Instead we connect the base to the emitter with a resistor. The resistor is a high enough value not to affect the rest of the circuit (your 1k is much stronger due to its low resistance) but it's low enough that any charge on the base is bled back to the positive supply and the transistor is turned fully off.

This might be easier to understand for the NPN case because we are more used to referencing everything from the ground rail.

How can this pnp be turned off??

A more in-depth conceptual answer to this question can be given if the main BJT input property is taken into account:

BJT can be more easily controlled by voltage than current since its input base-emitter junction behaves as a voltage-stabilizing element.

This property can be seen in its input IV curve having an almost vertical part. This means we can control it more easily by small voltage changes instead of large current changes.

So, the problem of turning off the transistor only by an "opto" is that we try to do it by decreasing the current instead of the voltage… and it opposes us. Let's see how...

The two "resistors" in series can be thought of as a "dynamic voltage divider". Since both resistances simultaneously increase, the output (base-emitter) voltage does not decrease... and the transistor can not be turned off.

Connecting a resistor in parallel to the base-emitter junction solves this problem since its resistance shunts the increasing base-emitter resistance. Only, a problem appears when the "opto" decreases its collector-emitter "resistance" trying to turn on the PNP transistor. Now, the two "resistors" in parallel form a current divider... and the lower additional resistance diverts a part of the base current. So the value of the additional resistance must be chosen somewhere in the middle between the two extremes.

I hope this more conceptual explanation will appeal to those who have a penchant for a more "philosophical" thinking...

Not the answer you're looking for? Browse other questions tagged pnp or ask your own question.

0
Circuit analysis with an LED and a voltage divider
1
Why is this digital output circuit non-linear to the load?
1
Why is there a resistor in this circuit?

0
PNP switching voltages
3
How does this automatic emergency LED work?
0
how to determine resistor value calculation for common anode 7-segment display multiplexed
0
Circuit works with BC557 PNP transistor, but not TIP32C?
0
Does a PNP transistor pull up itself?
1
Proving that the transistor in this simple schematic is off
1
Requirements for NPN, PNP transistors
2
Help with a PNP Switch
1
Where did the base get the current from?