I am planning to build an electromagnet as shown in the picture below. The copper windings are coiled around a thin plastic cylinder. The goal of the setup is to attract small metal chips floating in water inside the cylindrical space to the inner wall of the plastic tube, and hold them there for a while (>20 minutes).

I am aware that the electromagnet is much weaker without a solid core, but having one is not feasible since I want to attract what is inside the cylinder to the walls, and the chips are very small so they should be able to be attracted by the coils without a core. 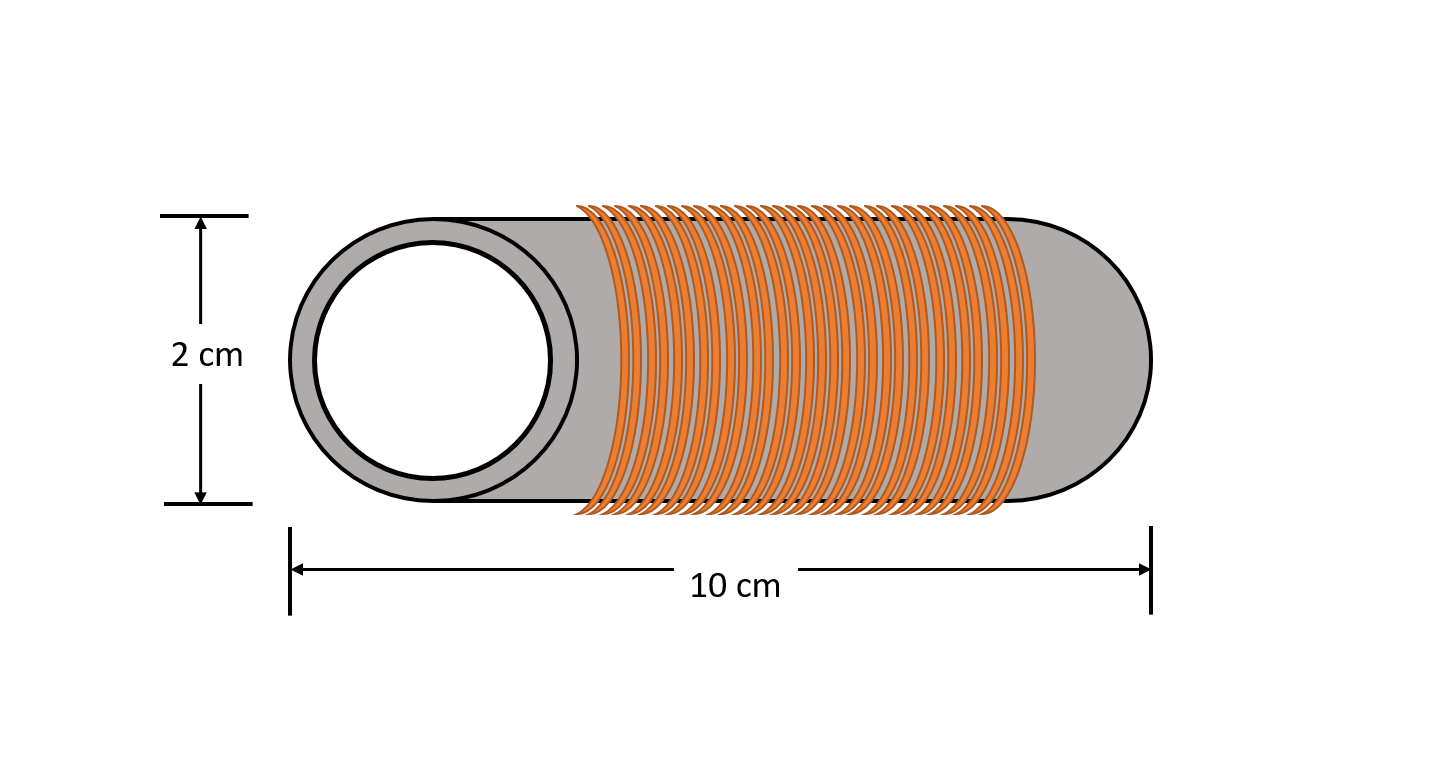 I have found information on how to dimension the wire diameter and length based on solenoids or electromagnet tutorials. However for most applications I have seen the devices are turned on just for a couple of seconds with a low cycle rate (e.g. 2 seconds on, 8 off). I would like to be able to turn the magnet for extended amounts of times, so I am thinking about ways to limit the generated heat

Edit: The discussion in the comments has given me another question, what if instead of coiling on the cylinder, I coil it inside and out like in the picture below AND use an iron cylinder instead of plastic? 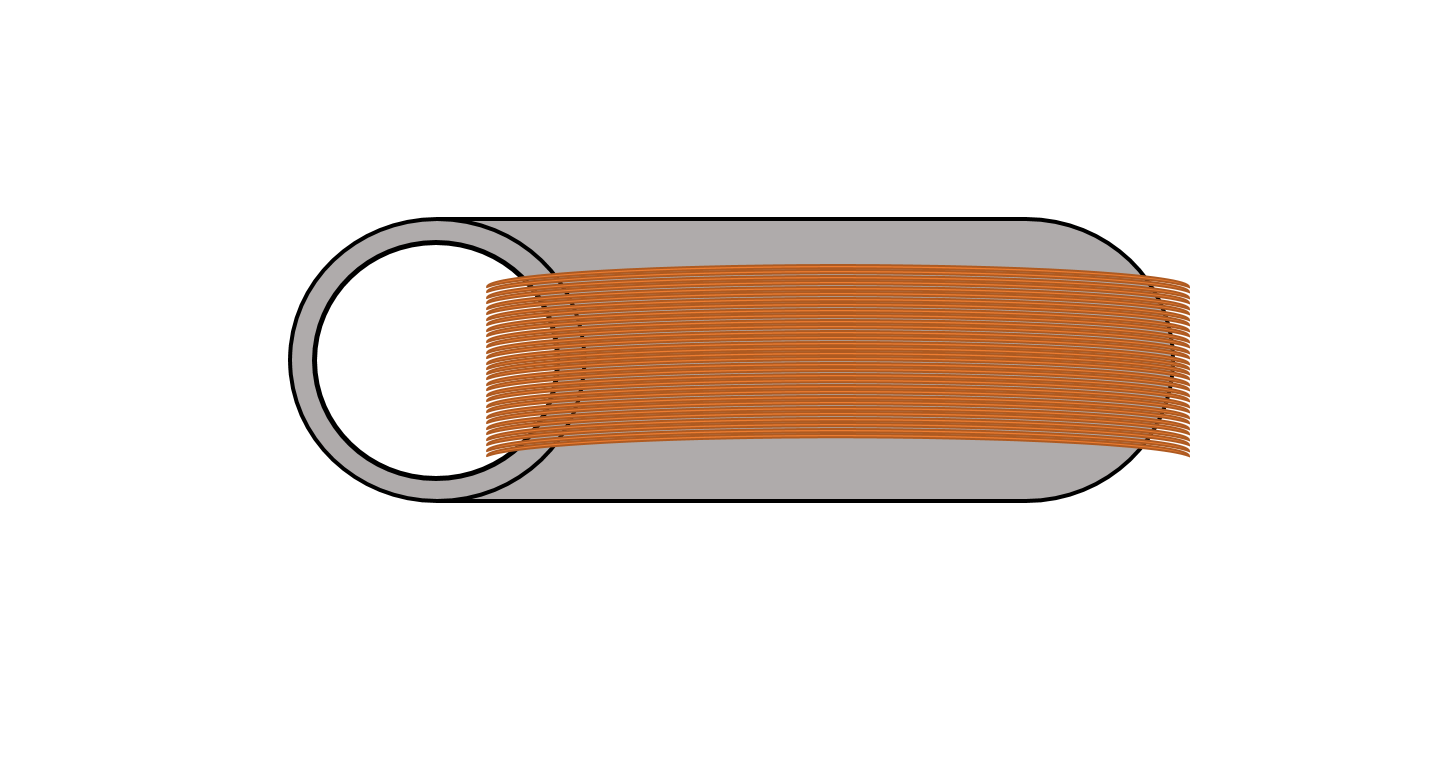 Can I limit the current into the coil by placing a resistor before it?

Yes you can. A resistor in series with the coil will limit the maximum current taken by the coil.

The attractive pull of an electromagnet are governed by several factors: -

If current, area and turns are constant, Force is inversely proportional to the gap squared (\$\ell^2\$). Formulas taken from this question.

So, if current is halved, the force on the magnetizable material quarters.

If I change the material of the tube from plastic to soft iron, will it still generate a magnetic field inside it?

No it won't well, not to any great extent because the field lines will converge into the iron and that means virtually no field in the centre.

Would it be a bad practice to place a fan or two on the coil to keep it cool?

It's up to you. I don't see it as bad practice.

Edit: The discussion in the comments has given me another question, what if instead of coiling on the cylinder, I coil it inside and out like in the picture below AND use an iron cylinder instead of plastic?

No it won't work because the magnetism will remain inside the iron core and not attract anything external to that core. In other words, electromagnets need an air gap.

Not the answer you're looking for? Browse other questions tagged heat winding electromagnet or ask your own question.