How to choose a substitution transistor for a feedback amplifier?

I'm experimenting with RF feedback amplifiers (this topic is well covered in "Experimental Methods in RF Design" book, if anyone would like to know what that is). Particularly I'm interested in finding inexpensive transistors available in local shops with high fT to build amplifiers with flat frequency response. Well-known 2N3904, 2N2219A have fT = 300 Mhz and it's hard to build a broadband feedback amplifier using them. 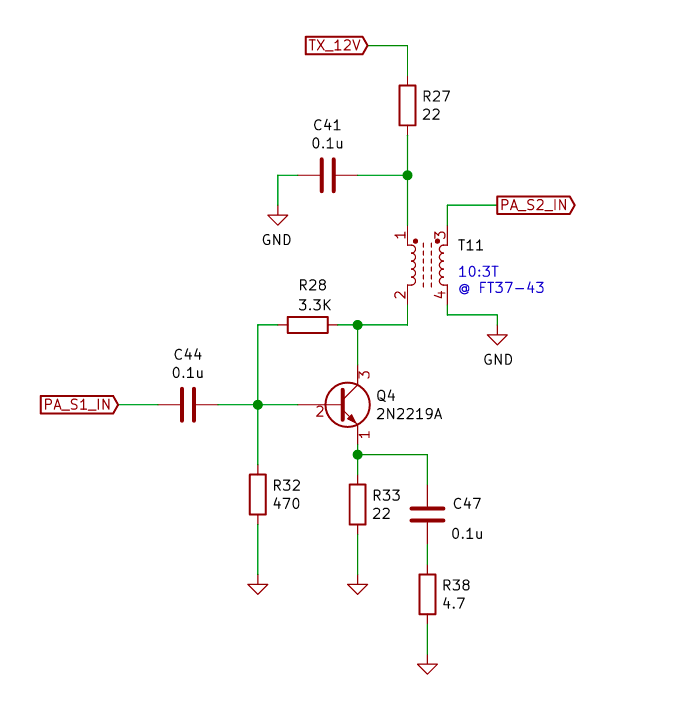 (As a side note, I know it's not matched well to 50 Ohms. It's input and output impedance is closer to 25 Ohms and is a little reactive. However this circuit is used as a second stage of three-stage QRP power amplifier, similar to one used in Summit Prowler 6B and Summit Prowler 7 transceivers by Paul Taylor, VK3HN. The third stage is not quite 50 Ohms either, and 25 Ohms impedance of this stage gives a better frequency response of the entire PA than a "right" 50 Ohm stage. I've checked.) 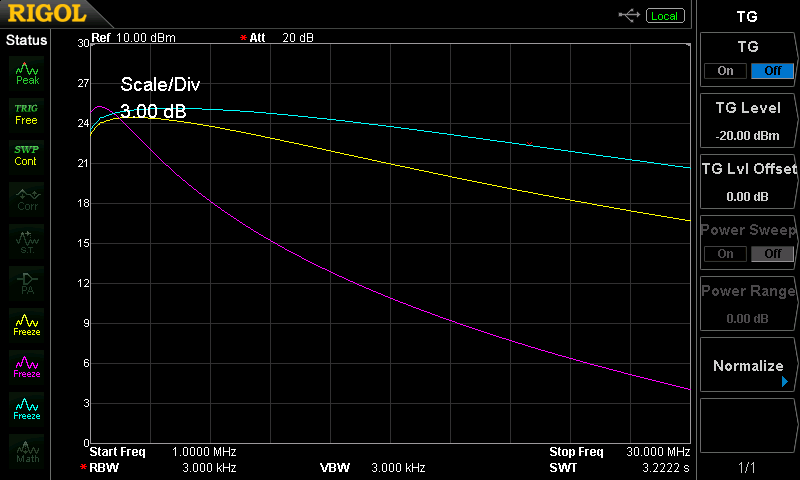 2SC3953 flattened the frequency response because of the higher fT, just as I was expecting. But surprisingly 2SC5694 worsened the frequency response. Also the SWR rised from about 2.0 (which is OK for a 25 Ohm stage) to almost 10. I though maybe the transistor is damaged or I made a mistake during soldering. So I resoldered the circuit with another 2SC5694 and got the same result. I also tried to drive this stage with -5 dBm, almost as it would be in a real PA, instead of -20 dBm, but it made no difference. After changing the transistor back to 2N2219A everything works fine.

I'm not that long into homebrewing and apparently I don't know something about NPN transistors, or missed something while reading EMRFD. This is the first time I've encountered such behavior. Could you please explain what causes it? Which parameters of the transistor I should be more mindful of next time?

I stumbled upon an article HF Transmitting Transistors for QRP by Richard VK6TT which may contain the answer. The problem is that fT is actually a function of Ic.

This circuit has quiescent current about 40 mA. This is fine for 2SC3953: 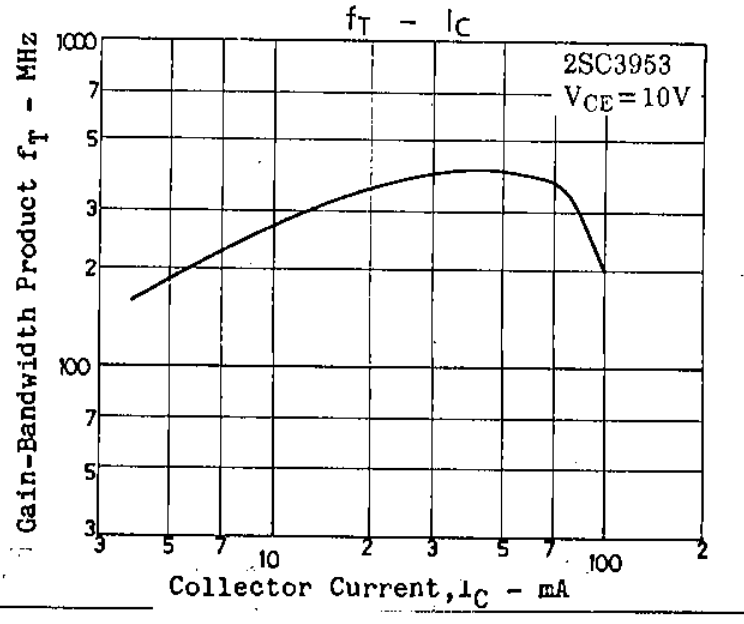 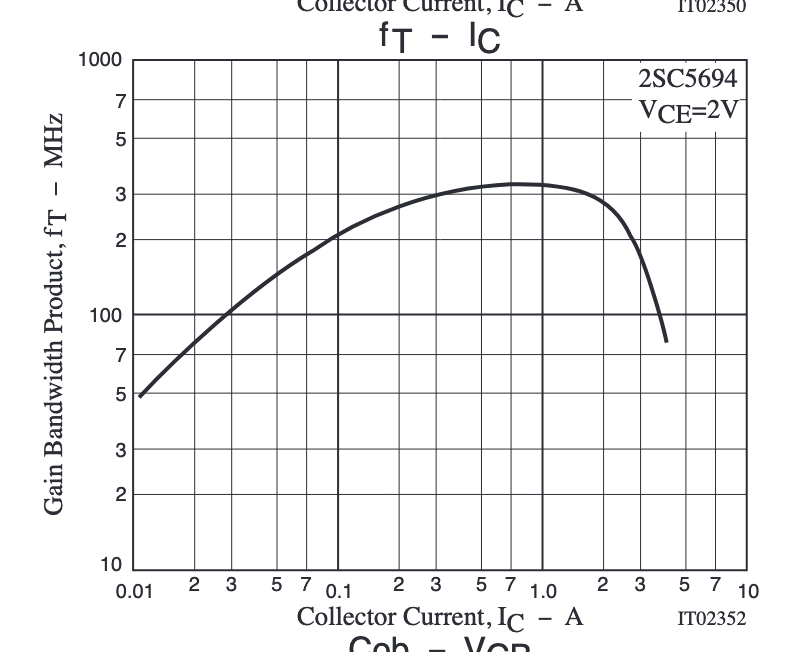 I believe this is the main reason why the circuit doesn't work as expected.

Not the answer you're looking for? Browse other questions tagged diy amplifier transistors or ask your own question.

3
Amplifier design with three stages
2
Any tips on designing an audio preamplifier for low frequencies?
0
Why does this circuit produce a static noise?
1
Impedance matching high power transistor when VNA is useless
0
How can I correct instability in a push-pull transistor amplifier?
0
rf amplifier saturation when input chirp
0
Design a tuned BJT common emitter amplifier with some specifications
0
How to use an optocoupler with a transistor on both sides?
0
Two-stage transistor amplifier
1
How to pick an amplifier for very fast transient signals?