According to the professor, adding the ground at 0V has no effect on the current flow and current flows in this circuit as if the grounding point did not exist so the answer is E.

How have people died from touching powerlines? 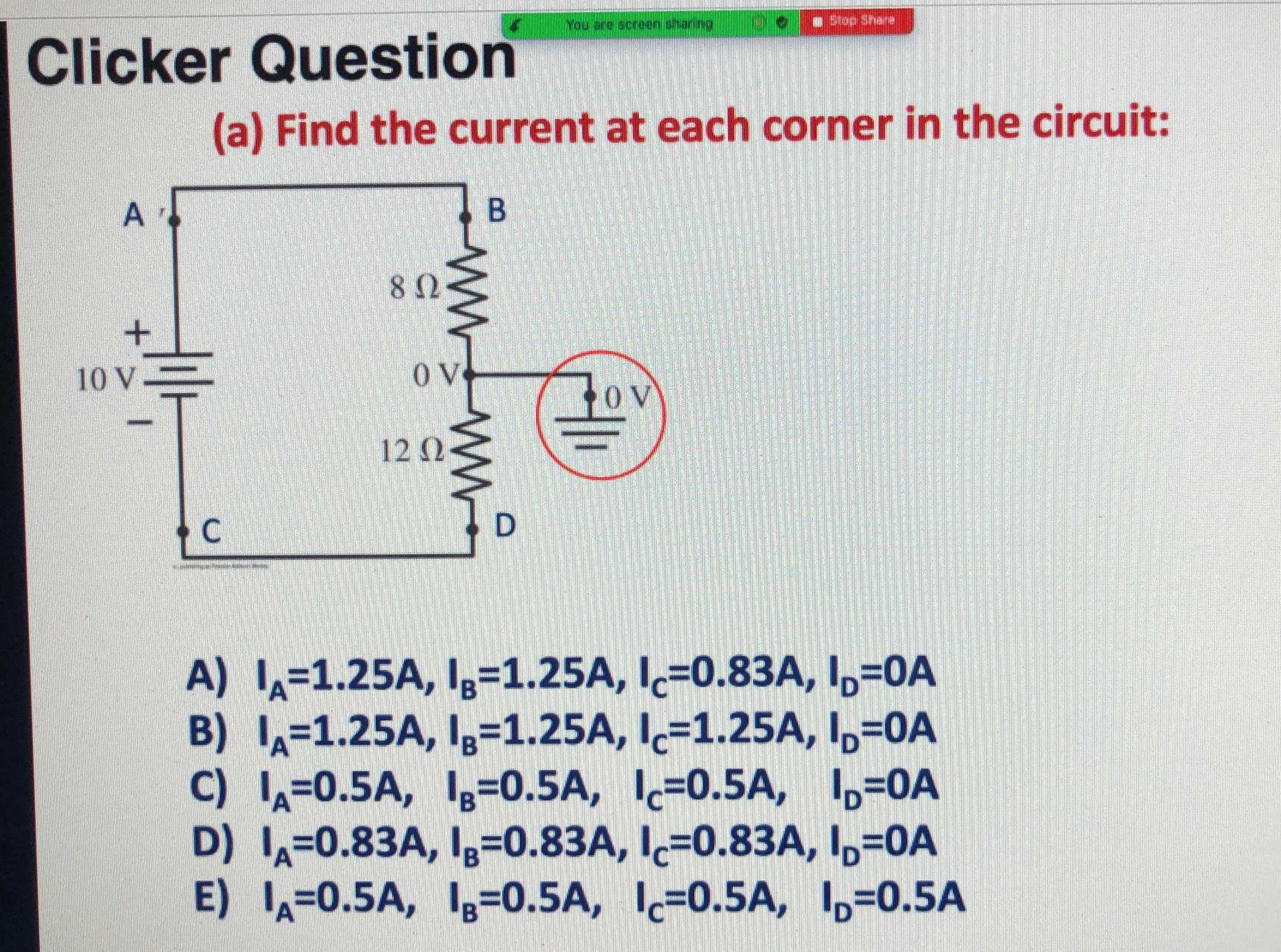 In your example, the battery and resistors are floating as a separate circuit, except the tie to ground at one point. Because there is only that one ground tie, no loop to ground is formed, so no current flows into or out of ground. It’s the ‘loop’ part - or lack thereof - that your professor forgot to tell you about.

Anyway, the question is only interested in current. We also know we can ignore the ground tie (no current flows in it), it's a red herring. These two facts in mind, we can conclude that the only current that is flowing in the circuit is the loop formed by the battery and 2 resistors.

Kirchhoff's Current Law tells us that in a loop like that, the current is the same at all the points in the loop.

So the only sensible answer is (E), because all the currents are equal.

On the other hand, you raised the question about overhead power lines. These are referenced to ground. Because of this, if you are unlucky enough to touch a downed power line, and also are grounded, you complete a current path via ground back to the utility, and possibly, you die.

On the other, other hand, crows can land on power lines and survive just fine. Why? They practically mock you when they do that. That's just what crows do. Oh, you meant, why don’t they die? Crows, just sitting there on the wire, doing their murderous crow thing, don’t complete that path to ground that would turn them into smoldering corvid cinders: they only touch the wire, but are otherwise insulated by the surrounding air. No current flows through their insouciant bodies, even though they are at the wire's high voltage potential.

As it so happens, humans can do this high-voltage party trick too, with a bit of help from a helicopter (so take that, crow!): 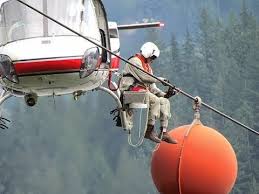 The takeaway: no current flows to ground if there isn't a complete path that forms a loop back to the power source. Or, you're a crow.

Figure 1. In the case of a grid power line one of the wires has been neutralised by bonding it to an earth rod buried in the ground.

As shown in Figure 1, there are now two possible return paths to the supply transformer. One is through the neutral cable. The other is through the ground.

In your place, I would ask the professor, "And what is the point of this circuit? Where is it used?" At least that is how I asked my professors in the break between lectures when I was a student... and the result was stunning - they started running away from me in panic at the end of the lectures and my exams were guaranteed with the highest grade:)

Of course, it was a joke (although there was some truth in it)... but what I want to say is that, in addition to clicking on questions, there must be understanding... and the basic circuits are best understood when their applications are shown. This way you will be able to use what is understood now in these simple electrical circuits in tomorrow's more complex electronic circuits. I will demonstrate it with your circuit.

Your circuit has a valuable application in electronic circuits - to convert a floating voltage to two single-ended voltages. To show it, I have visualized the voltages by voltage bars (in red) with proportional heights and the current by a loop (in green) - Fig. 1. I have assumed that R1 = R2, which is the most commonly used case in practice. As you can see, the input voltage V is split in two equal but with an opposite polarity output voltages V/2 and -V/2. 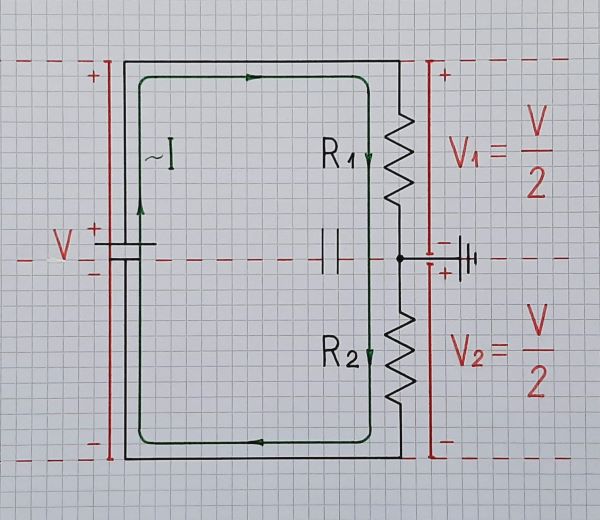 Fig. 1. OP's circuit visualized by voltage bars (in red) and a current loop (in green).

Actually, the two resistors form the well-known voltage divider... but what is unusual here is that its "output" (the middle point between the resistors) is grounded... so it is not an output... Instead, the other ends of the resistors are used as outputs. 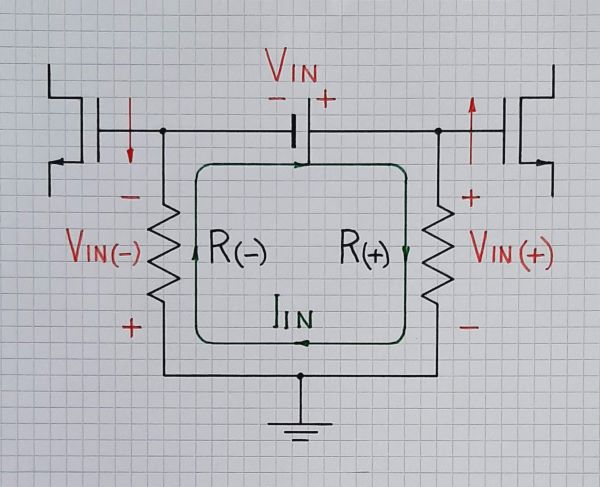 Fig. 2. The input part of a MOSFET differential amplifier driven by a floating input voltage source by the help of the OP's circuit.

Here is the full circuit of the MOSFET differential amplifier that is discussed in another related question. 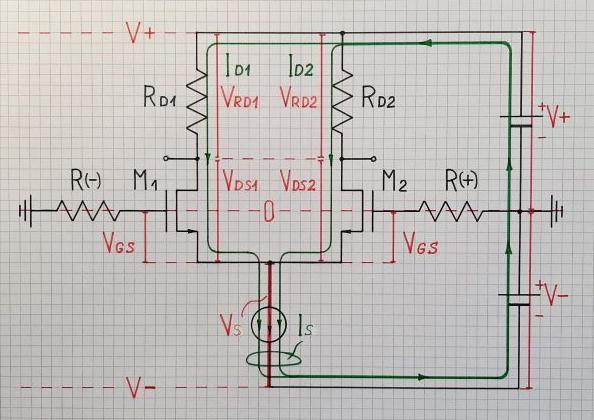 Fig. 3. The full circuit of the MOSFET differential amplifier. 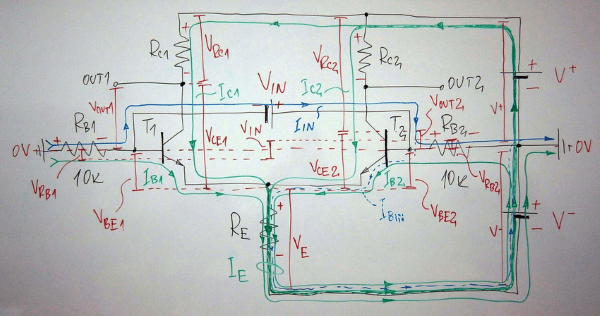 Fig. 4. BJT differential amplifier driven by a floating input voltage source by the help of the OP's circuit (a snapshot of the whiteboard during a "brainstorming session" with my students).

3. Curve tracer. A typical application of this version of the OP's circuit is the simple curve tracer in Fig. 5 (you can learn more about it in another related RG question). 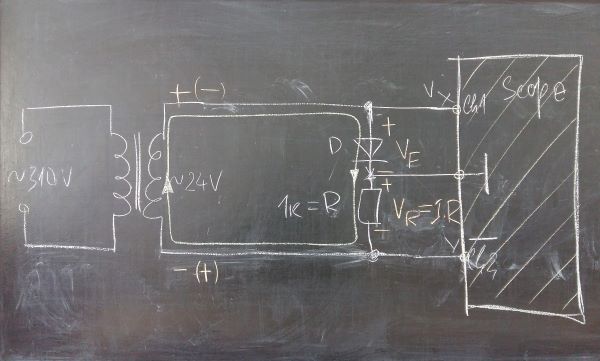 Fig. 5. A circuit diagram of the simplest possible curve tracer for 2-terminal components like resistors, diodes, LEDs, etc. (a snapshot of the blackboard during the building circuit with my students).

As you can see, the input AC voltage is floating and is converted to two grounded voltage drops:

This unique circuit is another example of the Don Lancaster's "elegant simplicity". If we assume that the input voltage source and the scope are external devices, then this curve tracer consists only of two components - the diode under test and the resistor (Fig. 6). 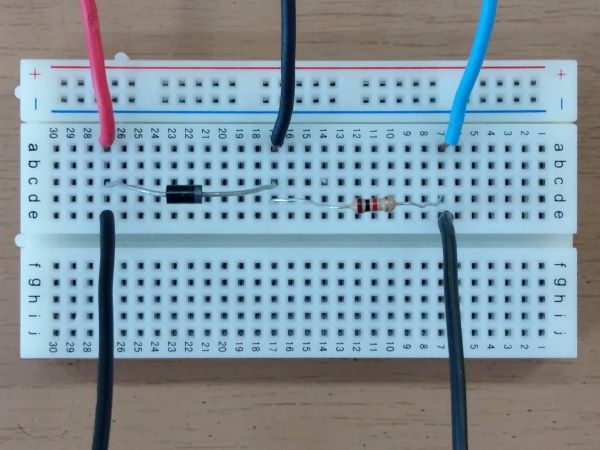 Fig. 6. The curve tracer mounted on the prototyping board.

But the diode can be also considered as an external component; so this "curve tracer" is simply a resistor...

I hope that with my answer I have managed to awaken in you the desire to understand circuits and not just to formally answer your "clicker questions"...

Not the answer you're looking for? Browse other questions tagged current ground grounding or ask your own question.

4
What is the right way to understand the behaviour of shocking voltage?
0
Differential Pairs and GND
1
Differential pair biasing by current sources
0
How does ground close the circuit, why isn't the current miniscule?
0
How to measure if there is current between point A and B when source and grounding is unknown

3
Current flow with two voltage sources
3
Pull up circuit current flows?
11
When does and when doesn't current flow to ground?
1
grounding, whats its purpose?
2
Why earth ground connection does not leak current?
1
Why am I getting shocked from "hot" line and touching "ground" (Earth)
15
Is ground connection in home electrical system really necessary?