However, going back to the original Laplace Transform used to obtain the transfer function, \$s\$ is said to be a complex number, \$s = \sigma + j\omega\$.

What is the justification for dropping sigma, or the real part of \$s\$?

The transfer function, usually denoted \$ H(s) \$, is generally speaking defined for all \$ s= \sigma + j\omega \$ in the complex plane (s-domain). When analyzing things like BIBO-stability and causality of an LTI system we need to cosider the entire s-domain.

What is the justification for dropping sigma, or the real part of \$ s \$?

There is no justification for "dropping" the real part \$ \sigma \$, which we don't generally do, this is the wrong phrasing.

The reason you usually see the transfer function evaluated only at imaginary values of \$ s \$ is that this corresponds to a real input excitation, ie. a sinusoid.

A lot of theory goes into explaining the s-domain in detail, I am very much brushing over it here, it is just to give you an idea of the concept.

If all you are interested in is the bode plot magnitude or phase then sigma is irrelevant and should be made zero so that the resulting formula for the transfer function is defined only for the bode plot plane of the pole zero 3D diagram. Example: - 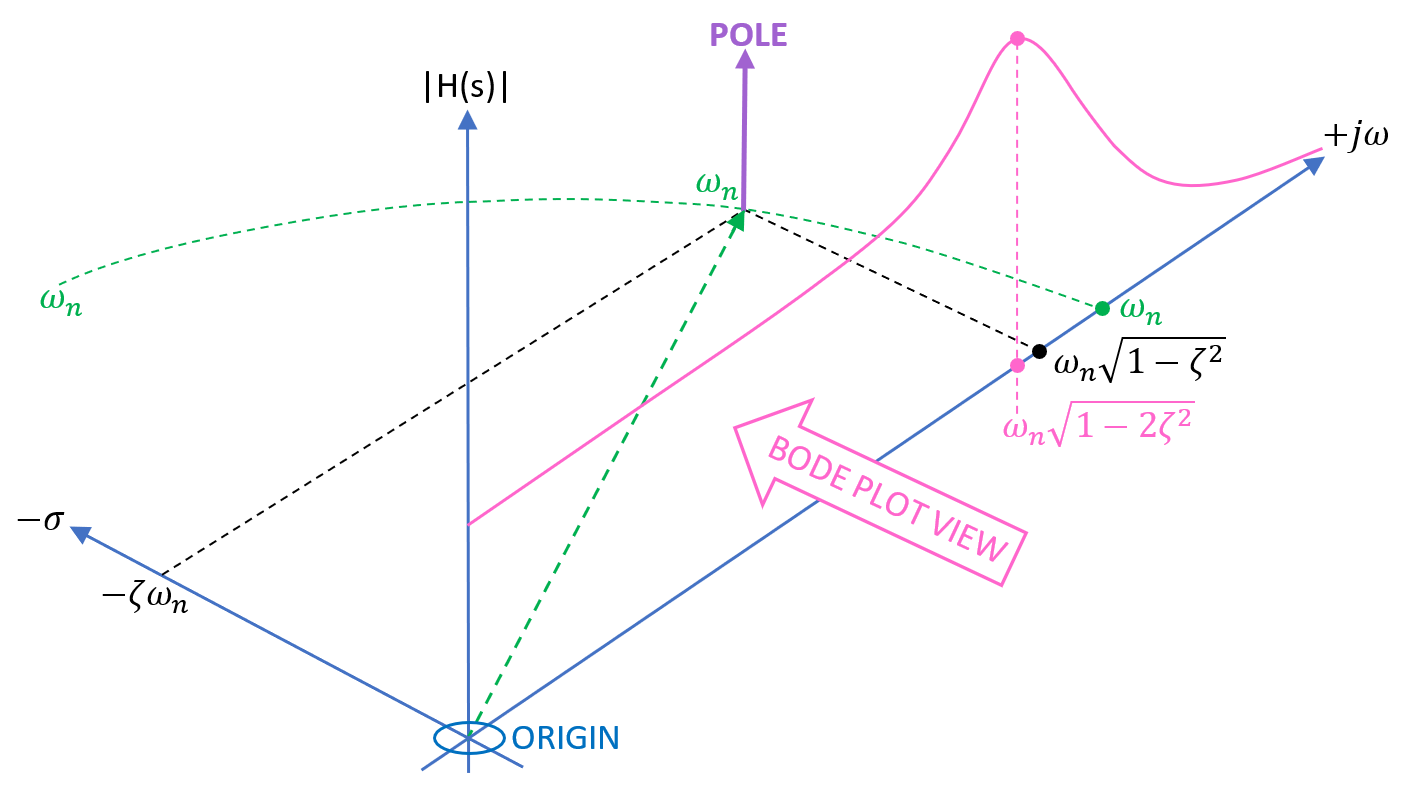 Not the answer you're looking for? Browse other questions tagged control-system transfer-function laplace-transform or ask your own question.