Why is the output of my opamp mV?

I would like to use an Si514 as a tuneable oscillator driving later stages with 50 ohm impedance. So I put an opamp on it and attempted to configure it as a saleen-key low pass filter (to round the squares). The problem I have is, although it works, the output is 5mVpp if my cheap oscilloscope is to be believed. My fluke multi-meter on DC says 1mV at J2 with no coax hooked up.

The first thing I know I did wrong is I accidentally swapped the + and - of my opamp when transcribing the circuit. An online circuit simulator doesn't seem to care about this fact. Nevertheless, is this the issue or is something else wrong? 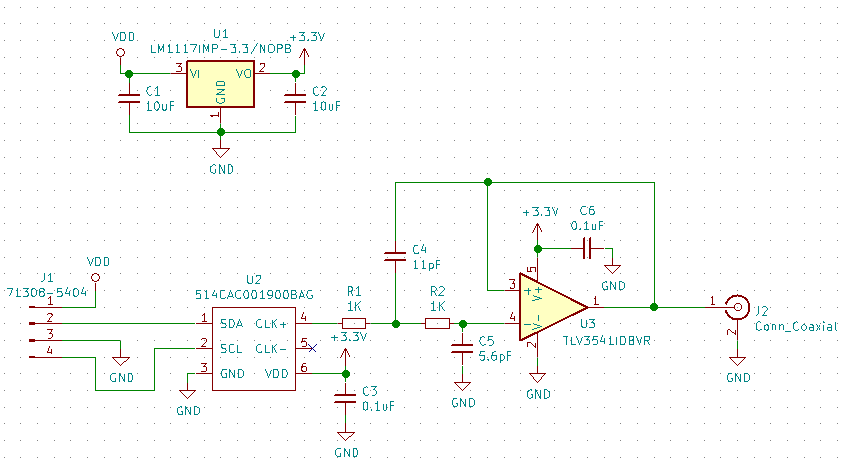 Channel 1 is a coax cable attached at J2. Channel 2 is a probe touching the oscillator side of R1. 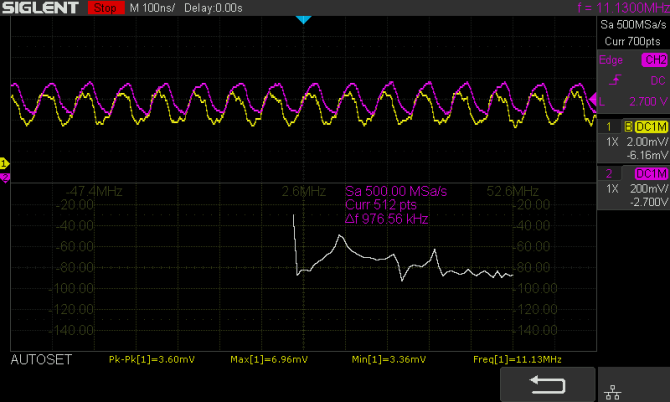 Browse other questions tagged operational-amplifier sallen-key or ask your own question.