How can this 160MHz VHF locator tag work with such small antenna?

I recently came across a VHF locator tag used to find animals in the field. It operates on the 160MHz band. According to the user the locator range is some km line of sight (using Yagi antenna) and some hundred meters "in the jungle".

I disassembled the device and honestly was expecting a much larger antenna. Wavelength at 160MHz is about 1.8m, lambda/2 would be 90cm (dipole) and lambda/4 would be 45cm (monopole). But take a look at the antenna I found: 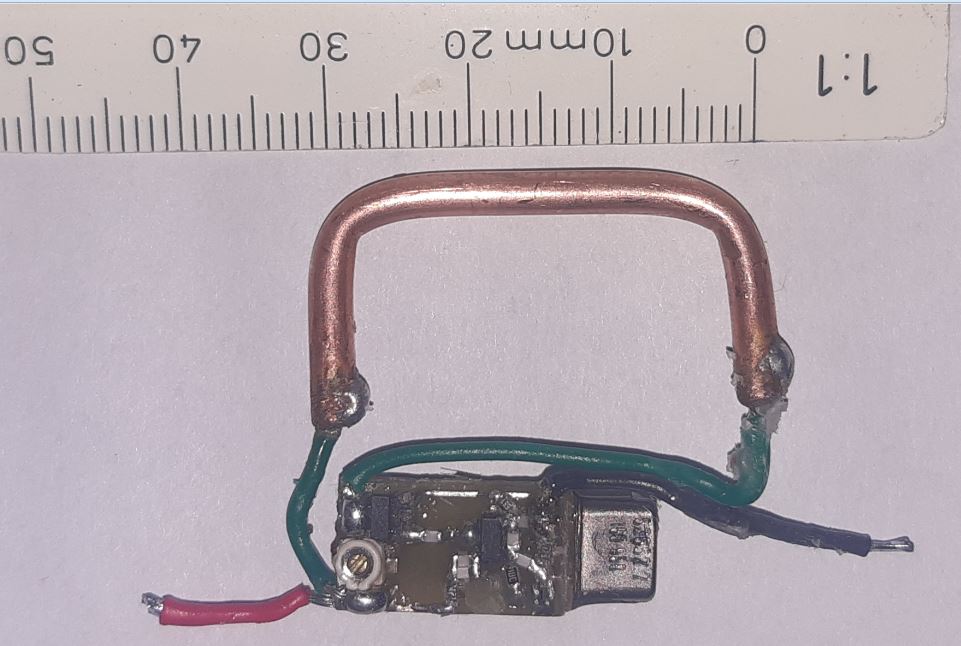 If pulled straight, the length of the handle is 55mm, the short wire 13mm and the long wire 34mm.

Can someone explain me how this antenna works with the length given? My understanding of an antenna so far is that only at a certain length proper RF transmission will happen.

We designed something like this in the mid 70's for Polar Bear tracking beacons for scientists to study migration patterns.

It consists of an LC series tuned current resonator with enough bandwidth for narrow band increase of SNR in the Rx.

It pulsed very slowly with a narrow width to conserve the battery and of course had to be bear-proof.

The solid coaxial wire loop made the inductance stable and low impedance while the maximum signal vs f was tuned with the ceramic trimcap. 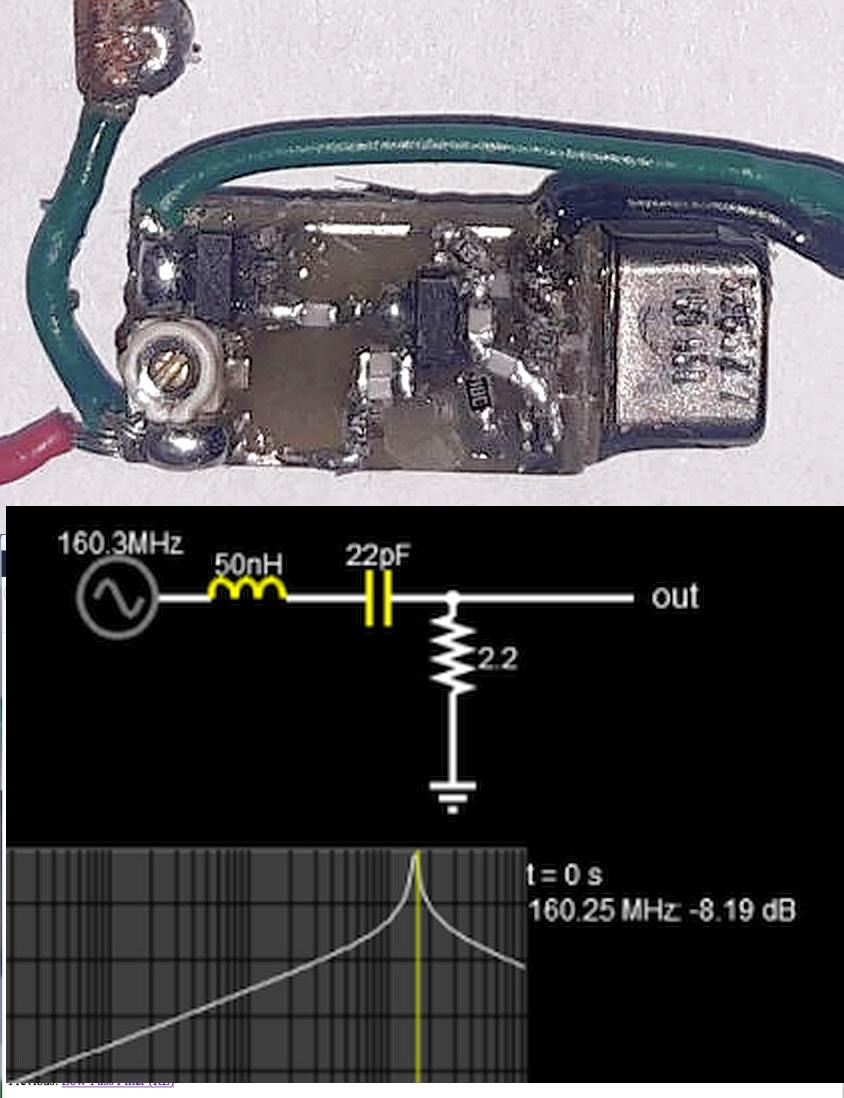 Here I choose a resistance that would represent the transistor switch Rce which indicates the max power with low losses on this transfer function. The tradeoffs are Q, loss and stability from bear motions. Temperature compensation for the small NTC of copper required a PTC cap in parallel with the trim cap.

Tracking was usually done by aerial surveys with a directional Yagi.

An antenna that is about one tenth the length it would normally resonate-at will still be an antenna but present an impedance of a few kΩ capacitive: - 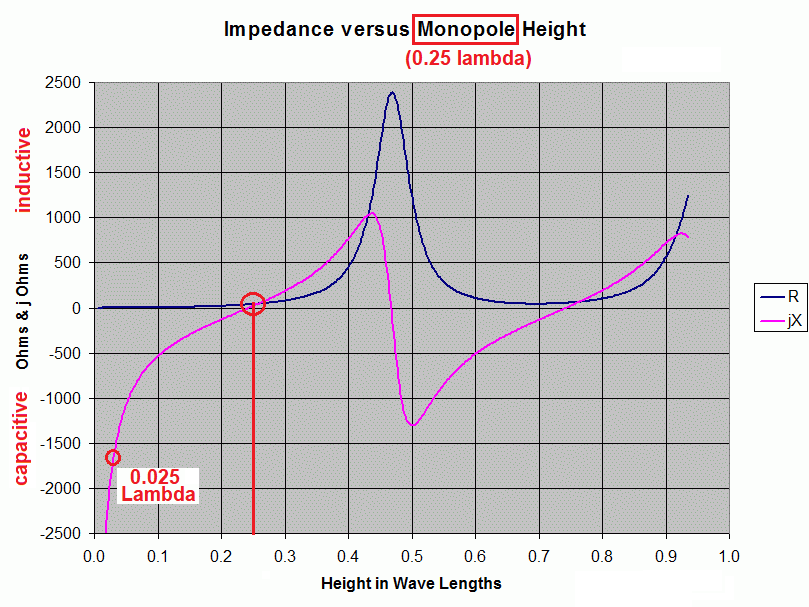 Picture from here with a few red-lines added.

The capacitive impedance can be removed by series feeding the antenna with an inductor so that it series resonates with the capacitor thus, you are left with the antenna's real impedance. That real impedance is however quite small (circa 1 ohm) and usually, if the antenna is needed to transmit any reasonable distance, this can be matched to the driving circuit with another LC circuit called an L-pad for example.

Hence, what you will find on the PCB at the antenna connections are a couple of inductors and maybe a capacitor. I see a trimmer capacitor and this might be used to tune the antenna electrically to optimize the transmission.

It's not perfect but, it's not bad. It's not as ideal as a fully-formed quarter-wave monopole antenna but, I don't think the animals it might attach to would deal with a full antenna very well.

My understanding of an antenna so far is that only at a certain length proper RF transmission will happen.

Hopefully, your eyes are a little opened.

I was studying a bit about antennas, you may find something useful here: cypress tutorial The length of the antenna must be a scale of the lamda (l) (l/2 or l/3 or 5*l etc etc) to maximize power transfer. Plus, the lower the frequency the higher the distance the signal can go.

Remember the wifi? it usually works at 2.4[Ghz] and 5[Ghz]. 5Ghz is faster, but it does not have a long distance signal power. 2.4Ghz is slower, but can reach further away.

Not the answer you're looking for? Browse other questions tagged antenna transmitter vhf or ask your own question.