I have an external audio card, it's small and it has usb-a male to plug it anywhere, well anywhere you have usb-female of course :) I've been using it on the few mobile phones I have. (some are on micro-usb, some are on usb-c. some are on apple lighting)

Now the way I get it to work is always using that phone adapter cable that is pluggable to mobile device and has ucb-a female adapter on the other side. I have 3 of them.. one for apple, one for usb-c, and one for micro-usb. 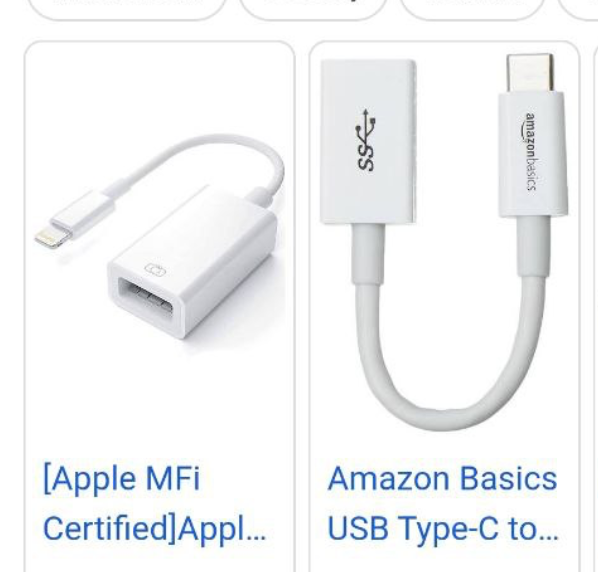 I tend to lose them around the house all the time so I thought.. What if I resolder the usb-male on the card to USB-female so I can always plug it with either of the charging/data cables, which I always seem to have laying around. Basically I'd love to convert that usb-male to something more like that.. 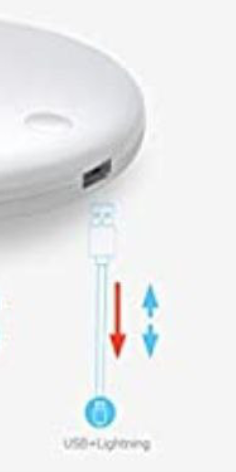 I tried a few usb2usb (both female ends) adapters but they don't seem to work. I tried to resolder the usb jack to the female and followed the order all well and even tried it reverse but neither of the phones seem to detect the device this way.

Does anyone know what is missing?

I'm thinking my next try would be to resolder that usb-male to usb-c female, maybe this way it will work but other than that I'm clueless

This is not possible for micro B or type C. Lightning is not as well documented but likely similar. USB-C to C cables will enable this sort of thing by design and include a dedicated CC wire in the cable partly for this reason but existing USB-A terminated cables cannot do what you want and electrically identify themselves as connecting to an upstream port.

For USB micro B The connector has a fifth pin (sense) that electrically identifies what role the connected device should assume. Normal cables leave this floating and various resistances to ground mean different things (shorted==USB upstream,100K=USB upstream w/ external 5V). Obviously this isn't accessible at the USB A end of the cable. 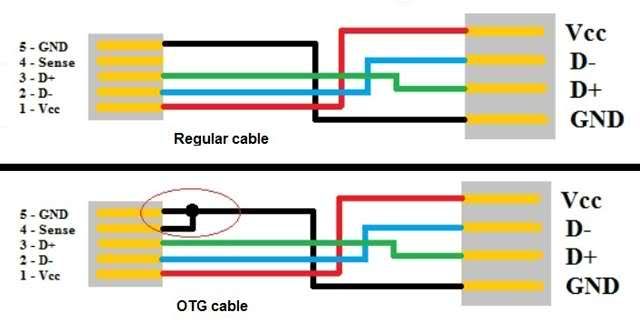 USB C does something similar with the CC pins which are again handled by the USB-C connector on the end of the cable for A to C cables. These identify themselves electrically as connecting to an upstream device and this cannot be overridden at the USB A end.

Lightning is Apple's special proprietary snowflake and I have no idea but here too it almost certainly won't work.

No. At least not in anything like the manner you are describing.

Does anyone know what is missing?

Well, one big thing missing is power. A USB-A male plug is not going to provide power. For the USB audio adapter to work it will need power.

Dual role devices like smart phones will look for power applied to the USB-A male plug before doing anything. Even though it might not need power to operate the act of applying a voltage across the +5V and GND pins tells the phone that it's been connected to a live USB host. USB-OTG/USB-AB and USB-C ports can reverse the flow of power but only after the default flow of power has been established between two dual role devices. Since an audio adapter is not a dual role device it's not going to be able to coerce a dual role device on the other end of the cable to provide power. A big reason for not being able to do this is because it has no power for any circuitry to perform this operation.

If you modify a cable to provide power out of a USB-A male plug then you've now created a cable that is now a fire hazard as it can short circuit a power brick or computer that it could be plugged into.

From what I understand of USB-C it's possible to create a cable when plugged into a smart phone that will allow it to provide power to the other end with a male USB-C connector. This may or may not violate the USB spec. What it would do though is prevent this cable from being used to charge the phone, and it seems that the reason you have these cables lying about in abundance is because these cables are used to charge your phones.

I can see this smart phone cable with a USB-C end on it with power already applied by having the cable wired as if it has a USB-A female receptacle on the phone end of the cable and a USB-A male plug to USB-C male plug glued into it. Think of cables connected like this (and I've numbered the connections for reference later)...

Now consider connection #2 effectively buried in the cable by wiring the ends appropriately to get something like this...

Maybe such cables exist but I'm fairly certain they violate some provision in the USB spec. Such a cable would likely confuse and frustrate people because it would act in a way that would be opposite from what is expected. A phone plugged into a laptop with this cable would only provide power to the laptop. If used to plug a phone into a power brick the phone would not charge.

Not the answer you're looking for? Browse other questions tagged usb soldering usb-device usb-c or ask your own question.

3
USB-C UFP CC configuration: What Rd resistor value i need to use to be able to draw up to 3A?
0
Female micro USB with 3.3V USB webcam

2
1 x male micro USB to 2 x female
2
Add USB-C Jack to USB Device
1
USB-C UFP and DFP Not Working Properly with ONLY Samsung Mobile Phones
1
Can I cut off a USB C plug, and replace it with a USB C socket
1
How to convert USB 2 device with USB A connector to flippable USB C