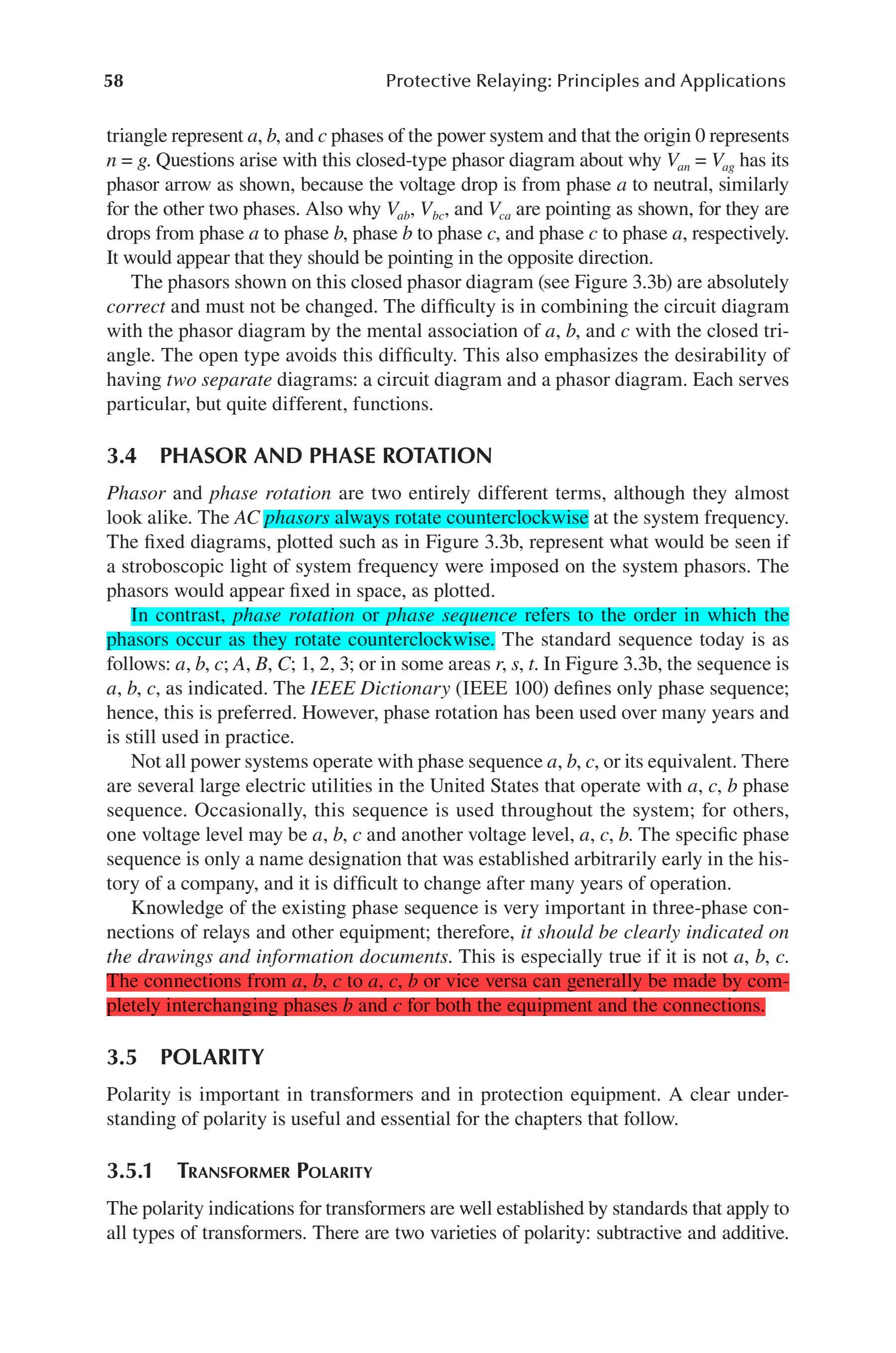 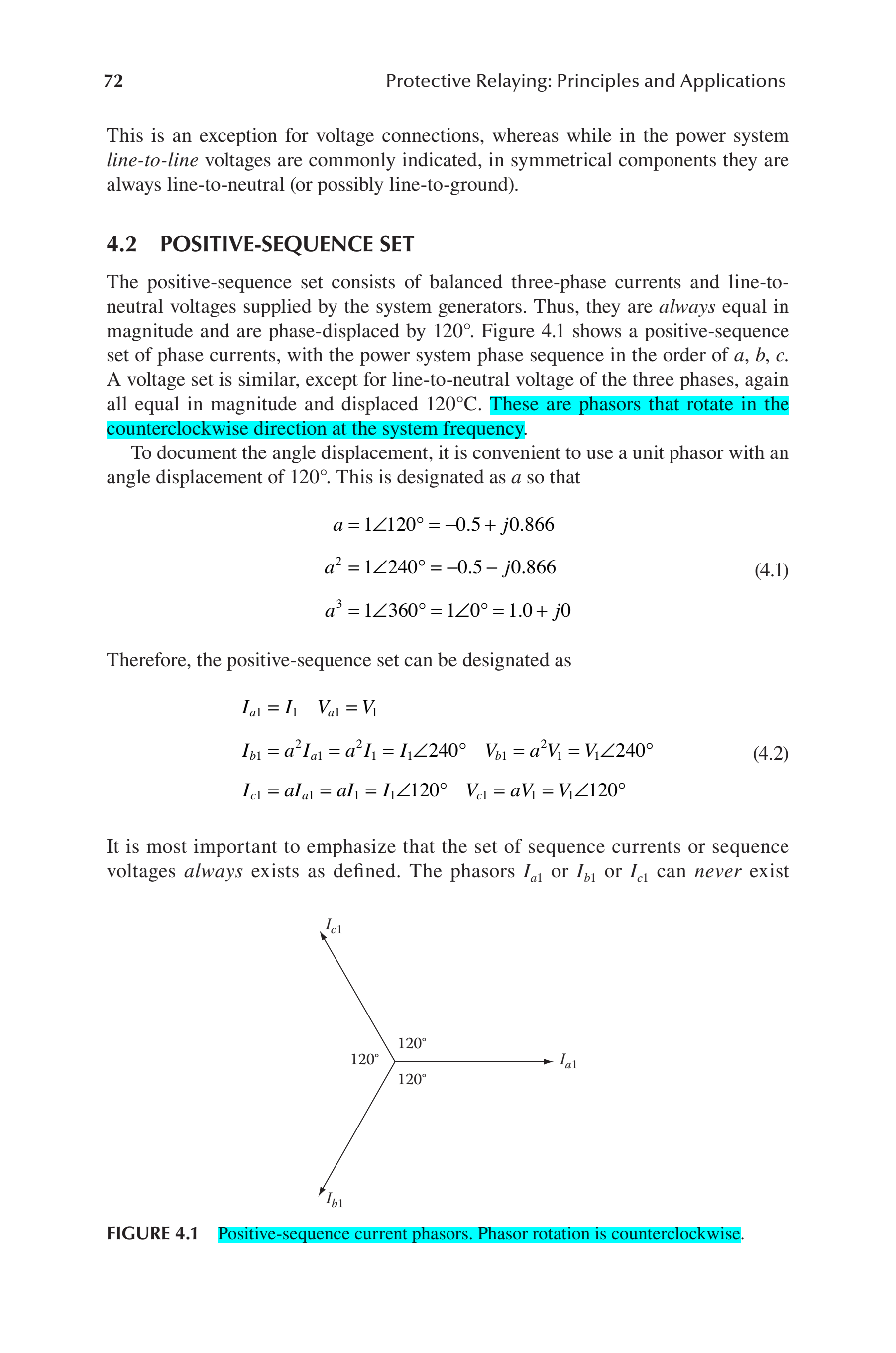 My confusion is from the below page. How the phase sequence is reversed? As I understood from page#58 above as highlighted in red "The connections from a, b, c to a, c, b or vice versa can generally be made by completely interchanging phases b and c for both the equipment and the connections." Does this mean that they interchange the phases! it cannot be this. So, how phase sequence is reversed? 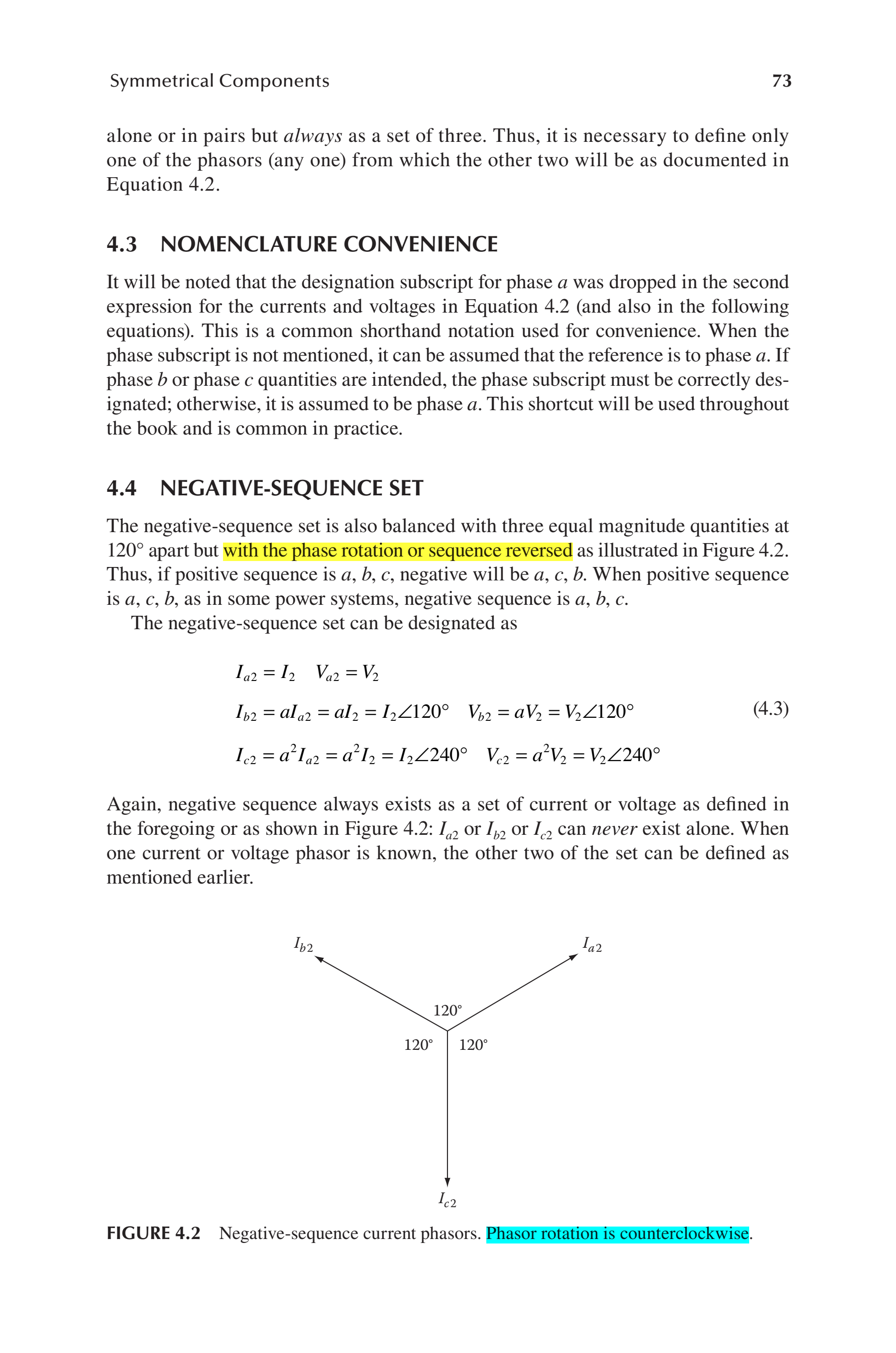 The orientation can be a bit confusing. Think of it this way: a positive sequence is defined as a, b, c (as in point 3.4), and the signals are:

Figure 4.1 shows how the phasors look like. Note, phasors, which means positive sequence.

Since it's a triangle, look at the direction they all take: from a to b to c. Now switch b and c then compare the direction of rotation with figure 4.2: it's reversed. Better yet, use figure 13.1 from your previous post. This is valid for any two points switched in a triangle. This is what they meant with (the red highlight):

interchanging phases b and c

And because there can be only two directions if they are rotating, and because the directions are CW and CCW, the two sequences are called positive and negative. So if a, b, c is the positive sequence, the a, c, b is the negative one.

Further confusion is what they say with (between the first blue highlight and the red one):

The standard is a, b, c, no matter what ones or others are using; that's how it was decided and how it is considered. But there are places where, sometime in the past, it was decided (for whatever reasons) that the phases should be used as a, c, b; the phases are physically switched. This means that the sequence, from the point of view of the standard, is negative, and because of this they must be labeled. This is to avoid damage or wrong usage of machines (or utilities, in general) that are meant to operate with a certain sequence.

4
Will a 3 phase induction generator fight its own rotation?
7
How to reverse rotation direction of stepper motor
1
Can AC mains induce a negative voltage in my photodetector circuit?
2
Component bodies physically touching
0
reflected electric and magnetic fields component
0
How to calculate total amperes in two component circuit?
0
why does a potencial coil in wattmetter influences the pointer rotation
7
Why doesn't a commutator cause the rotation to reverse periodically or stop?