Obviously, when the motor is energized with the rotor at rest, the magnetic field almost instantaneously achieves a speed that is determined by the applied frequency. The torque produced accelerates the rotor and connected load to a speed that is not more than a few percent below the speed of the magnetic fields. That speed varies with load, but rotor speed dropping more than a few percent would mean that the motor is overloaded.

The diagram below shows motor and load torque vs. speed for a passive load. The difference between the rotor speed and the magnetic field speed is called slip. The speed of the magnetic fields is the synchronous speed shown by a vertical dashed line. At the steady-state operating speed, the slip shown on the diagram appears to be practically zero, but it is actually about 2 percent. 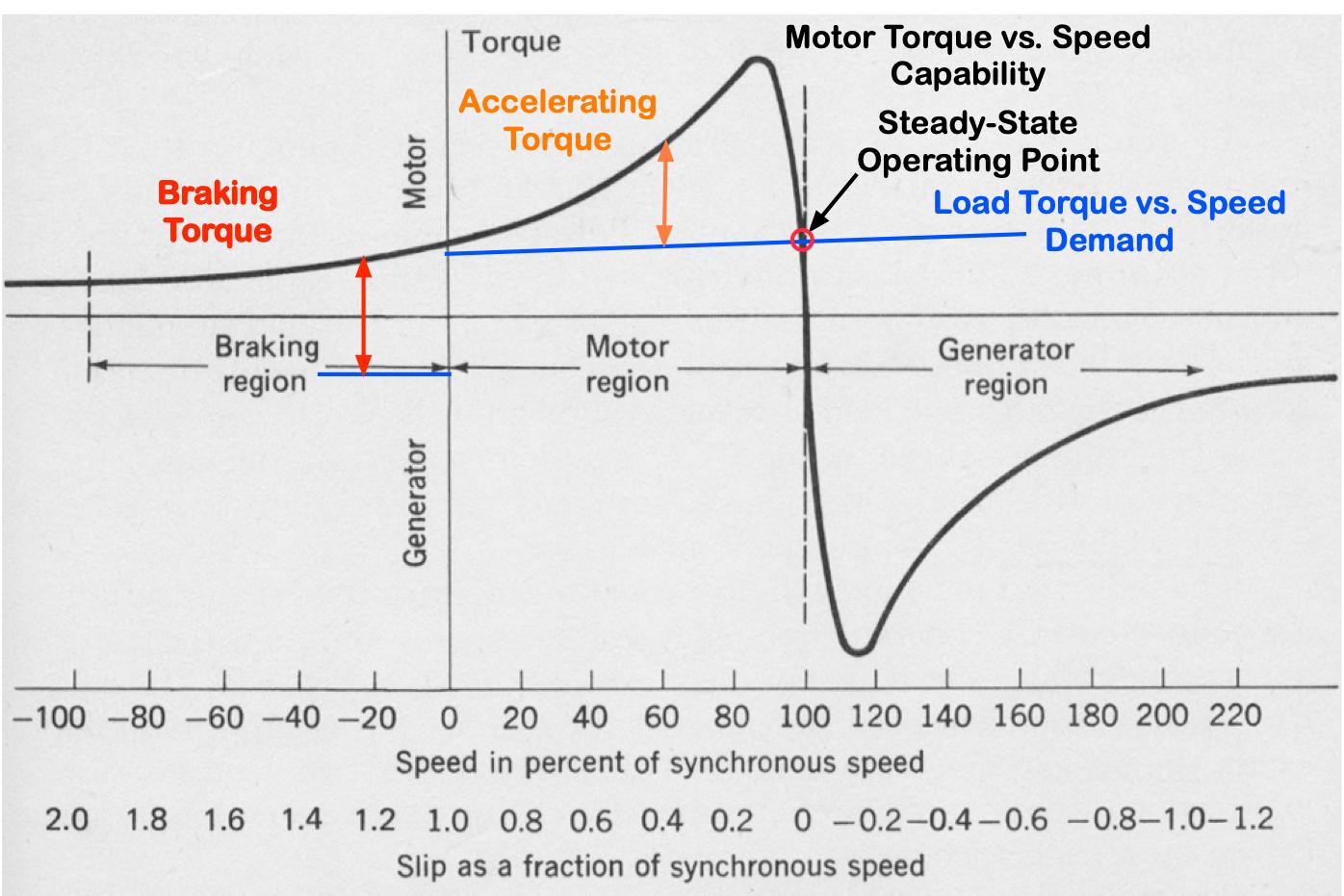 Not the answer you're looking for? Browse other questions tagged ac three-phase induction-motor or ask your own question.