Why does this Zener diode circuit not produce the Zener voltage?

Why does the measured voltage at the op-amp input equal 2.02V? 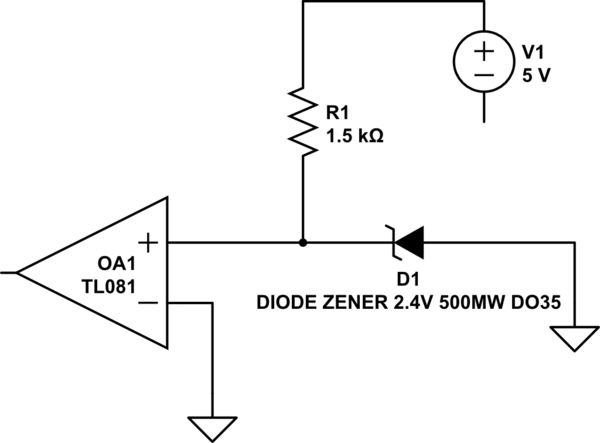 Assuming you actually grounded the negative side of the +5V supply, you provided the op-amp with adequate supply voltages, and closed the loop around it to make it a voltage follower, it would still likely give you considerably less than 2.4V with only about 2mA flowing, for most US part number zener diodes.

The "knee" on low voltage (less than about 5V) zener diodes is notoriously "soft" so the zener voltage is rather dependent on current. Further, most of the older US-numbered zener diodes such as the 1N4370A are specified at rather high Izt, probably 20mA in this case. 20mA is quite a bit more than 2mA, so you can expect at 2mA the voltage will be much lower than 2.4V.

Some of the newer (relatively speaking) Japanese part numbers are specified at lower currents such as 5mA but the physics is essentially the same so they'll still have soft knees. For a solid 2.5V reference, I suggest using a TL431 or similar, which is an IC that simulates a 2.495V nominal zener diode, and only requires 1mA to be in regulation.

Here is the typical behavior of Motorola 500mW zener diodes from an old datasheet: 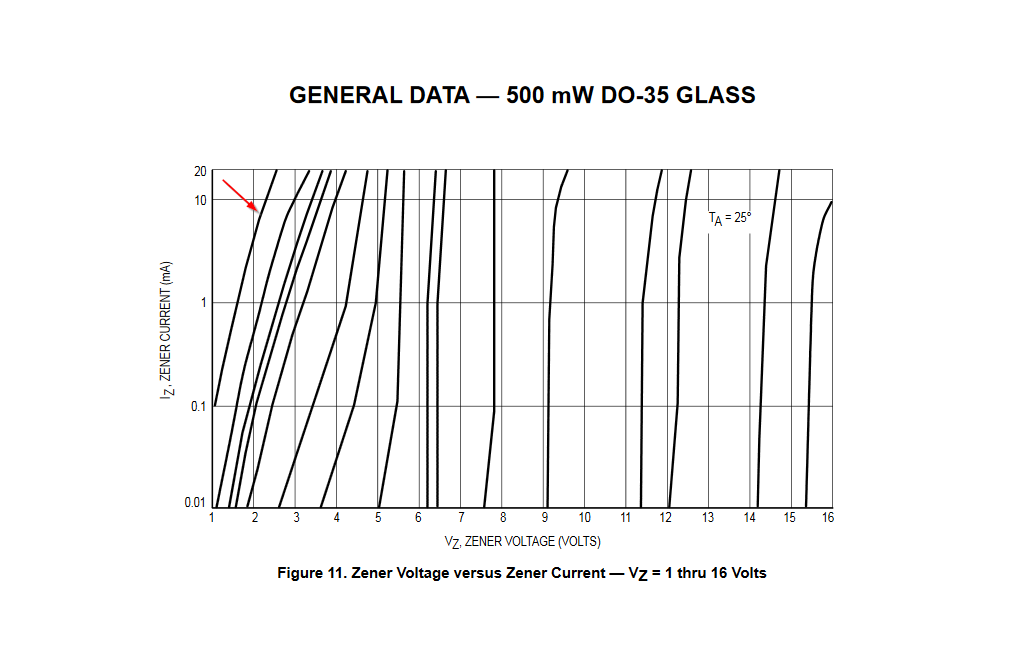 Ideally there would be a series of vertical lines, but the low voltage types have a very soft knee (and the higher voltage ones don't like a lot of current- but they'd be burning up at those currents anyway). 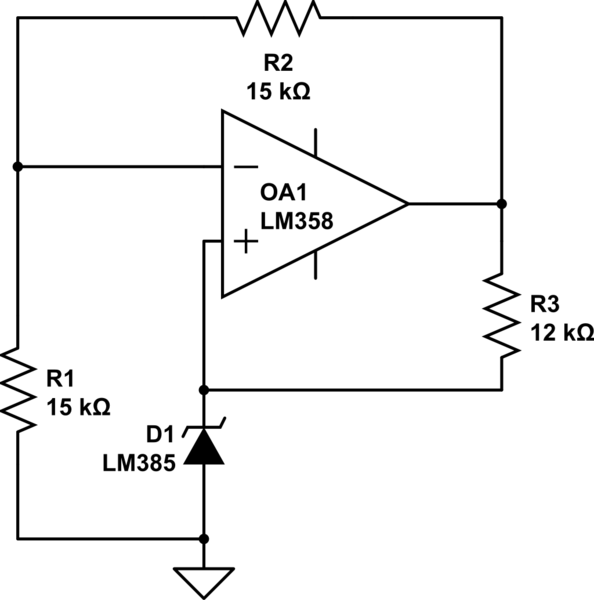 Not the answer you're looking for? Browse other questions tagged voltage zener or ask your own question.

6
Purpose of Zener Diode in Circuit
2
Zener Diode not working as expected
3
Zener diode voltage too low
0
Voltage across Zener diode
1
What is the output voltage in this case?
0
How to find voltage on zener diode while there is a current source
0
Why Zener diode doesn't fire at specified voltage?
0
Zener voltage regulator circuit