How to get an accurate LTSpice model of a real inductor after impedance analysis?

I want to get an accurate model of a real inductor in LTSpice. Therefor I used an Bode 100 Network Analyzer und measured its impedance in a range of 100 Hz to 20 MHz. My idea was to calculate the capacitance of the inductor from the resonant frequency of the inductor like this (rearranged formula from wikipedia for a real parallel resonant circuit):

However, I have not been that satisfied with the results, when using this model in LTSpice. The inductor will be used in a resonant circuit, whose resonant frequency is approximately at 7 MHz. Can this inductor be modelled more accurately? 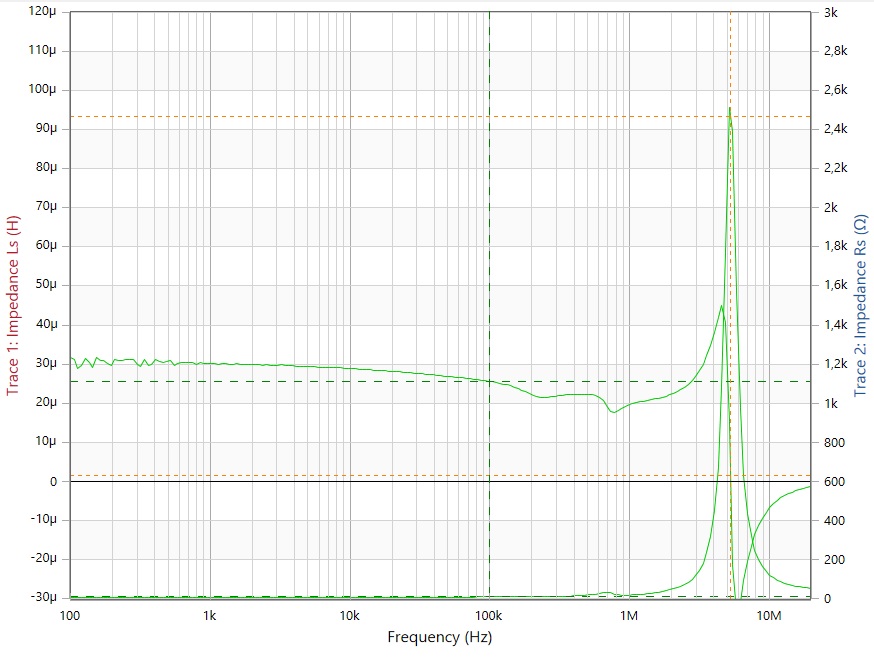 Comparison of the impedances in LTSpice and the Bode 100: 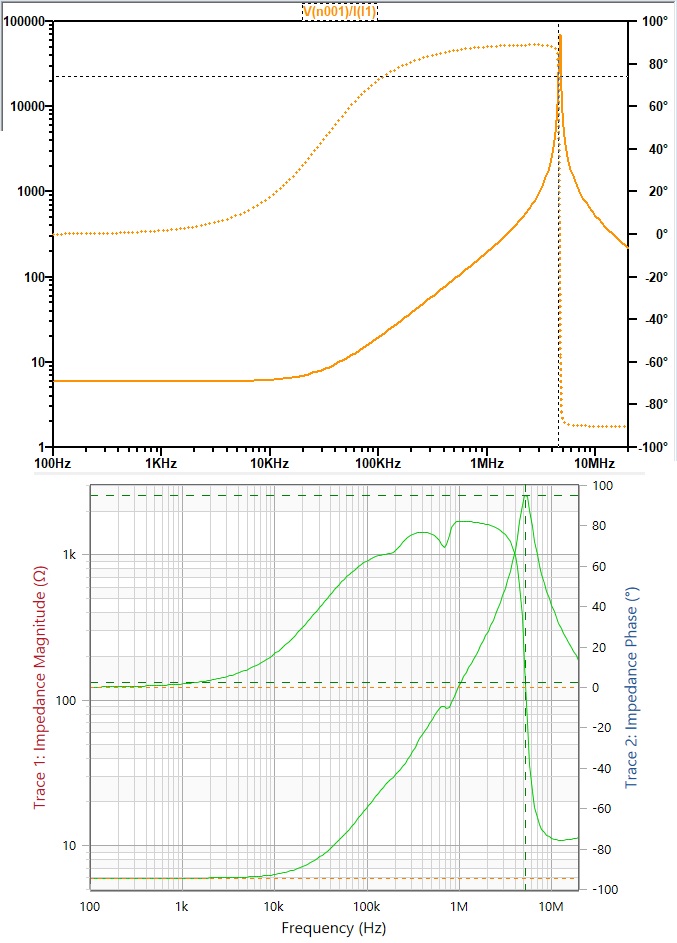 The analysis clearly shows multiple resonances which are displayed as slight notches because they involve damping. This means that a simple RLC won't do, you'll have to add more RLC cells (there may be reflections, too). This is commonly done. At any rate, judging by the pictures, it looks like either you didn't specify Rpar, or you did but it needs a lower value (more damping). Here is a quick hack (single cell):

Not the answer you're looking for? Browse other questions tagged inductor ltspice capacitance model or ask your own question.

7
Inductive choke with bypass capacitors?
0
How do you model differential inductor in LTspice?
2
Can't achieve the goals in designing and simulating Resonator circuit
1
Equivalent model of a real inductor
0
How to install a scr model in ltspice
4
Accurately measure high quality factor coils
2
How to model an inductor using a behavioural voltage source in LTspice (to get time-dependent inductors)?
1
Help understanding the SPICE input impedance - why does it seem lower than I expect?