Standard disclaimer: I'm not an EE, just a hobbyist. I could be missing some fundamental concept here.

Though not limited to regulators this is how this question started for me. When looking at linear regulator datasheets you always see something like this (values and regulator model are just for show): 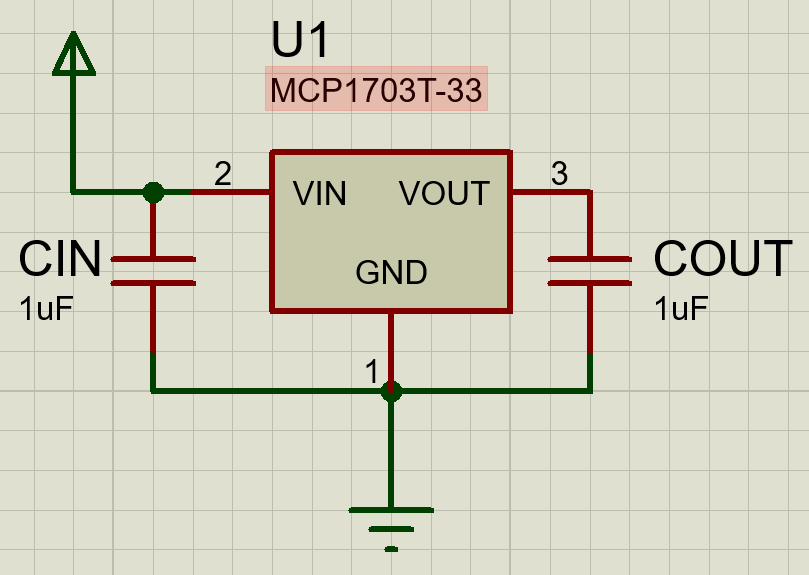 I get the point of the capacitors is to bypass: filter high frequency noise and provide fast response to spikes (with larger caps). I will restrict the thread to the first question I have.

Regarding CIN, it's supposed to shunt high frequency noise. I know it works but I don't understand how this setup actually doesn't cause issues. If Zcin = 1/(2*pi*f*Cin) and f = 10khz and Cin = 220uF then Zcin = 0.07 ohms (ignoring ESR). I'm not sure if there's an integration trick to calculate the noise current but simplistically I'm thinking if the amplitude of the noise is 100mv then I = 1.38A. That's a ton to draw, no?

I must be thinking about this wrong because I've also tried another experiment. I connected a signal generator with a sine wave with an amplitude of 0.1V on top of a DC 1V offset to the power rails of a breadboard. I placed a 47uF cap on the rails as well and the scope showed an almost fully attenuated signal. However if the logic I applied above was sound I would have burnt out the scope/generater but I didn't. Someone please explain this to me and put me out of my misery :)

That it does, too but it's not its primary purpose (if it was, it wouldn't be a 1µF, often done with an electrolytic cap, but something like a 100 nF ceramic capacitor).

It's stabilizing the input of the regulator: The input voltage source doesn't have zero impedance, and neither do the conductors connecting the regulator to that. Especially if any of that is inductive, a fast change in current draw by the load can result in a fast change in current draw by the regulator, which will lead to a voltage drop in Vin, which the regulator has to compensate by reducing its inner effective resistance (so that there's less voltage difference between in and out) if linear, or by drawing more current on average (higher duty cycle) if a switching regulator, but then the source catches up too late, the input voltage rises, the regulator overcompensates, and things start to wobble.

This input capacitor makes sure that transient spikes in current draw are quickly dealt with, thereby stabilizing the whole system.

Well, that's exactly the point. The noise source wouldn't be able to supply that, so noise voltage would be lower!

Also, for transient things to come out of inductors and capacitors, it's not that much.

I must be thinking about this wrong because I've also tried another experiment. I connected a signal generator with a sine wave with an amplitude of 0.1V on top of a DC 1V offset to the power rails of a breadboard. I placed a 47uF cap on the rails as well and the scope showed an almost fully attenuated signal

Check the output impedance of your signal generator! (and of your scope, too. If you can, set it to "high-Z" input mode, so that it has megaohms of input resistance. High frequency instruments often are 50Ω-terminated.)

Draw the schematic of your system including that output resistance in series to your AC+DC voltage source.

Things get even uglier in reality. You'd have to add an inductor in series to Rsource, too, signifying the inductive properties of the wires and rails on your breadboard. Then, you get the voltage over C1 as voltage divider composed of (Rsource+I_parasitic) and C1.

Yes, that's the point. You probably don't have 1.38A of noise, so the capacitor forces the noise amplitude to be a lot less than 100mV.

Not the answer you're looking for? Browse other questions tagged bypass-capacitor or ask your own question.