Using digital and analog signals in the same cable

I am working on a project with 3 PCB : PCB1 is the master, it communicates with two slaves, PCB2 and PCB3.

PCB1 is powered by a battery and it redirects the supply to PCB2 and PCB3. Each PCB includes a microcontroller and an RS-485 transceiver.

It looks as follows : 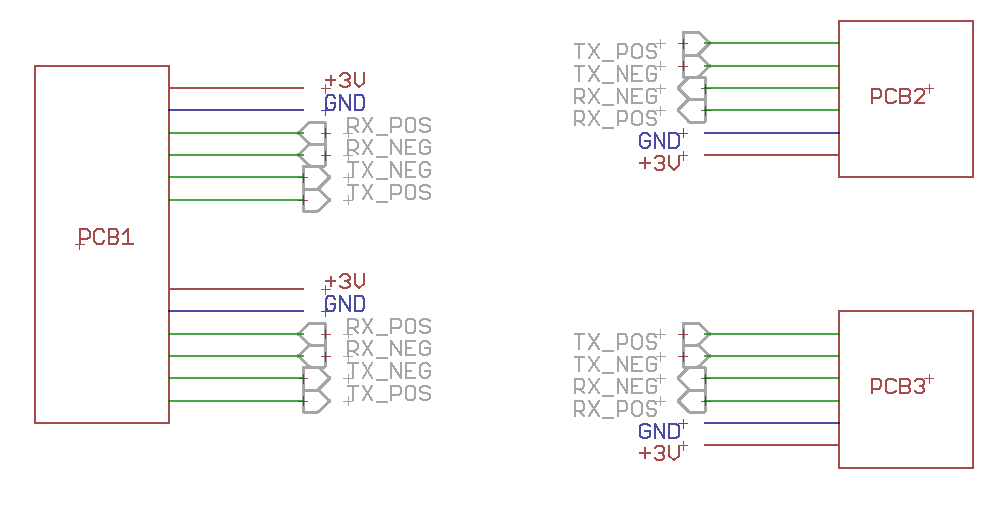 I need to add an ECG sensor on PCB1. It simply measures the potential difference between two analog inputs. The first input needs to be connected to one pad on PCB2, and the other to another pad on PCB3. I was thiking of adding 1 wire in each cable to make the connection. It would look as follows : 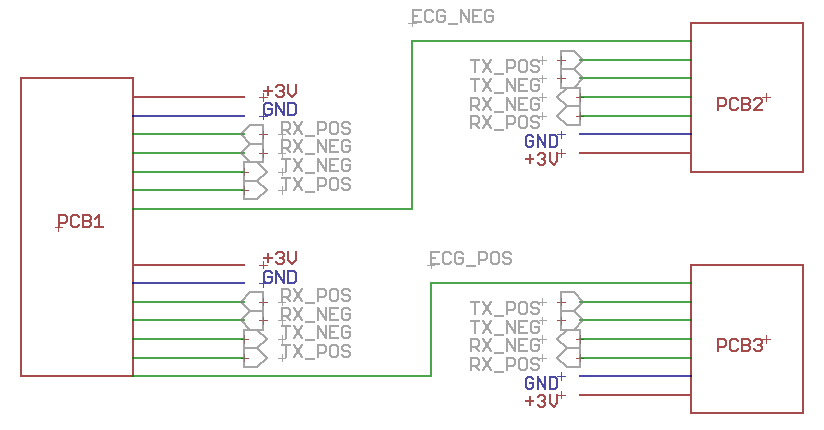 But there would be analog and digital signals in the same cable. Is this a problem ? If so, what are the solution to transmit digital and analog signals at the same time ?

But there would be analog and digital signals in the same cable. Is this a problem ?

It can be a problem depending on the nature of the signals, the type and length of the cable, and what's at either end. In other words, there are many variables.

If so, what are the solution to transmit digital and analog signals at the same time ?

There is no single solution that can be applied to all circumstances.

It appears you are using RS-485. That signaling system was designed to drive long cables. You mention "supply" and I assume you mean power supply. The biggest concerns there are wire gauge so that the far-end voltage is adequate to supply the need.

Not the answer you're looking for? Browse other questions tagged analog cables digital-communications rs485 or ask your own question.

1
How to split Analog and Digital GND planes for a TQFN device
5
Connecting Analog Signals Between Boards
0
Connecting GPIO and SPI signals via cable
5
Routing Digital Signals to an Analog Circuit
1
Power and RS-485 signal inside shielded CAT5 cable
1
Signal placement in flat ribbon cable, FPC or FFC with digital and power signals
4
How should I connect the audio ground and shield wires in a Cat5 cable for analog audio?
2
How to transmit analog signals over cable?
1
PCB analog and digital split impossible with multiplexers?
0
RS-485: what happens when bus contention occurs