How do I get the formula to calculate the frequency of this oscillator?

I looked for a relaxation oscillator for my project. Then I found this: 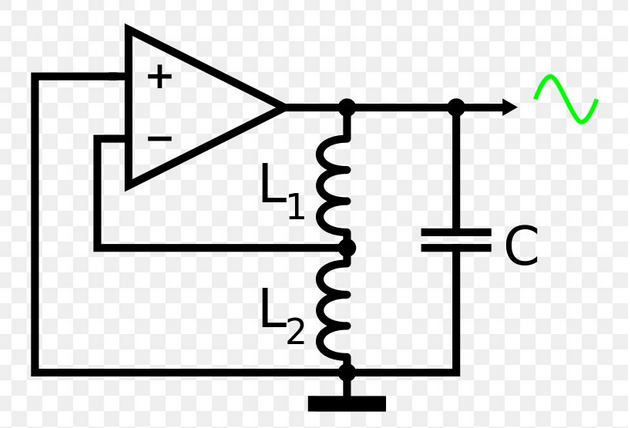 Let me be clear about this: -

$$\boxed{\text{That circuit is not an oscillator}}$$

For it to act as a Hartley oscillator (as shown in this wiki page) then the inputs to the op-amp need to be swapped to get the correct phasing to make it sing at the resonant frequency of the LC circuit. The wiki page has had people indicate that there are problems with that particular circuit: -

So, if you re-arranged the inputs so that the centre tap of the two inductors fed the non-inverting input it would work more or less as Mr. Hartley intended. However, it won't produce a very good sinewave because the op-amp open-loop gain will be quite high and the output waveform will crash into the power rails and give you somewhere between a full-on square wave and an unreliable and distorted sinewave.

So, if you wanted something like a decent op-amp based Hartley oscillator, I'd use this circuit: -

It oscillates at 10.473 kHz in my simulator (micro-cap) and the formula above suggests it should run at 11.253 kHz. In other words, using a slow-ish op-amp creates delay in the feedback and it doesn't quite sing "in tune".

How I get the formula to calculate the frequency of this oscillator?

You derive it if you don't trust what wiki tells you. Start with the parallel impedance of the two series inductors (L) and the capacitor (C): -

Then, introduce the output impedance of the driver (R) and form a potential divider. It will have the following transfer function: -

Perform complex conjugate math to get a real term in the denominator: -

And, we know that for the phase angle of the network to produce oscillations (when the correct polarity op-amp inputs are used), the imaginary parts in the above equation equate to zero and: - 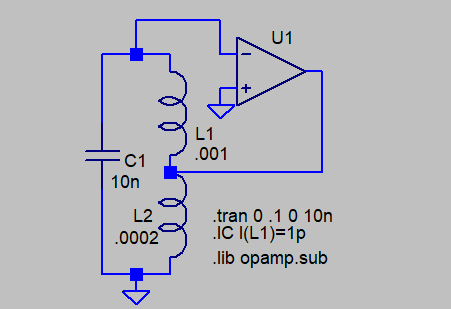 One other point...the two inductors need NOT be coupled with mutual inductance - they can be two un-coupled discrete inductors. A single tapped inductor is also acceptable, and is often employed.
Because of the node between two inductors, this topology is not useful in crystal or ceramic oscillators - the motional inductance is hidden inside the resonator.

This circuit was tried in LTSPice, using a generic bandwidth-limited linear opamp. The inductors both had series resistance added that would eventually cause decay to DC. These resistances (50 ohms) are not shown in this schematic - LTSpice's inductor model allow internal resistance to be added.
An initial current "kick" is applied with the line .IC I(L1)=1p
Oscillations exponentially build from there, until LTSpice hits numerical overflow, ending the transient simulation run. A real opamp would hit an internal current or voltage limit long before voltage rose to astronomical levels.

This site (among others): 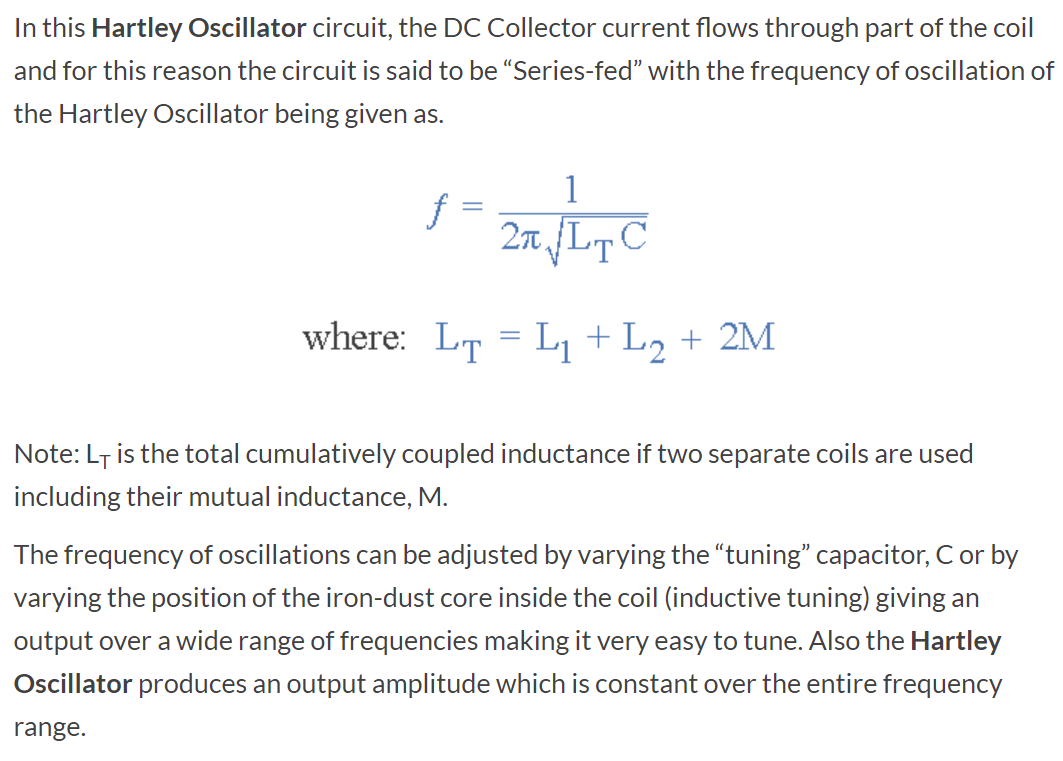 Not the answer you're looking for? Browse other questions tagged operational-amplifier oscillator or ask your own question.