Is this an acceptable way to drive a mosfet? In this case, I'm trying to turn on a high current load, but in case the load is changing it's resistance/impedance, or in the possibility it's disconnected altogether, I still want the mosfet to turn fully on and not have Vgs be dependent on the load having a proper ground connection.

In this circuit, I'm using a 1K Ohm resistor in parallel with my load to ensure the mosfet when receiving gate drive voltage is always turned on, and outputting a voltage.

For context, this is going to be part of an automotive circuit where it's not uncommon that during production, damage can occur resulting in a disconnected load or short to ground. My end goal is to make this MOSFET perform nearly exactly like a relay. Link to the circuit below.

Apologies if this answer is facepalm levels of easy. I've never seen this method done anywhere else on the sitefor using High-Side N-Channel controlling, I'm not even really sure what I would search to find a circuit like this. MOSFET N-Channel High-Side Bypass Resistor? 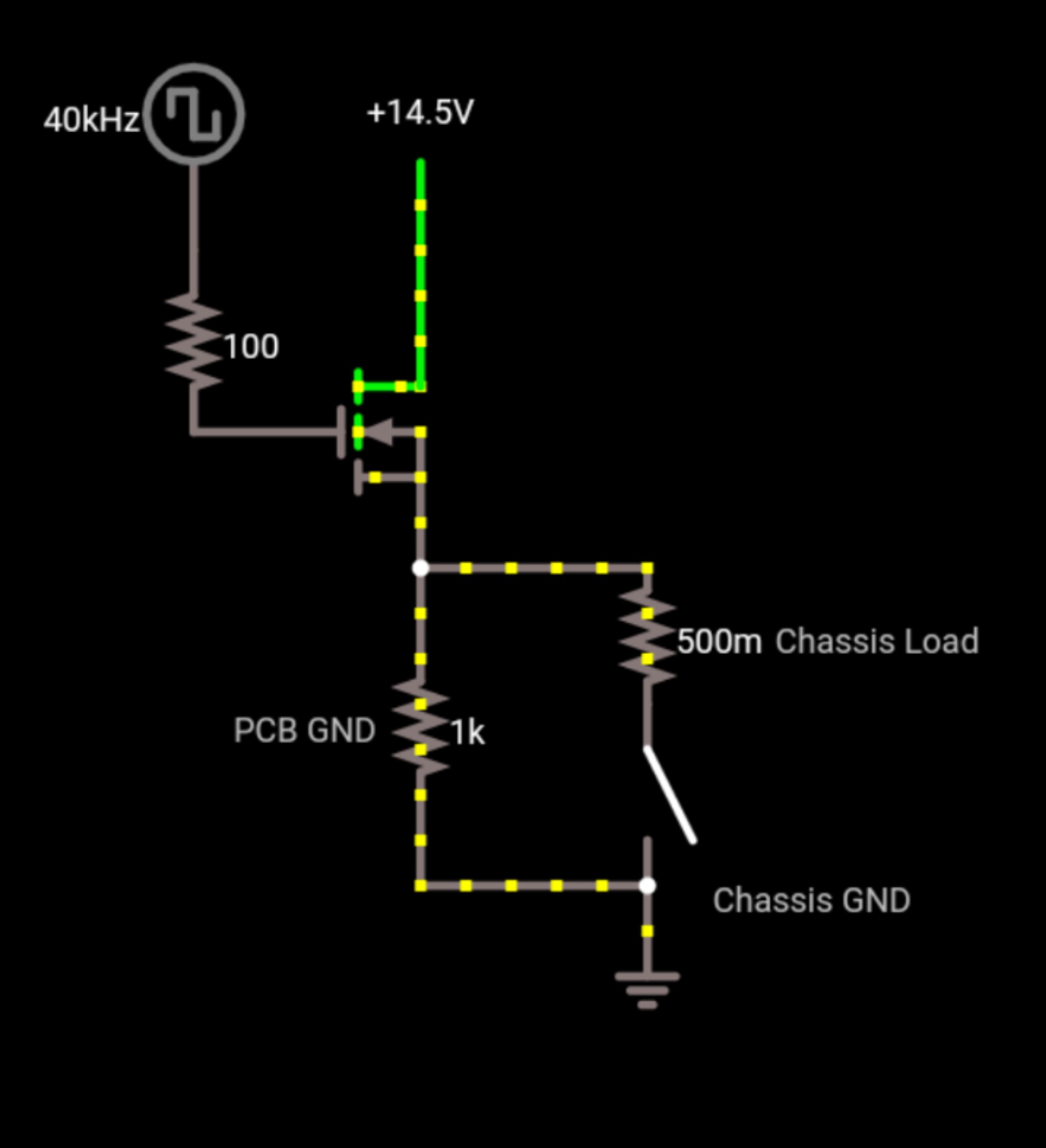 Is this an acceptable way to drive a mosfet?

So you might need a gate drive voltage of around 20 volts. Then that comes with a bit of a price because if the source load is shorted out, you might exceed to gate-source voltage of the MOSFET. A lot are specified to be +/- 20 volts but, that's right at the limit.

These parts require a high side switch with a RdsOn < 1% of the load or 5mOhm which does exist. The load power is ~300W steady state so if it is inductive the DCR may be much lower (50mOhm) (3kW) so suitable heatsink may be necessary to dissipate 1% and be within the SOA (A-s limit).

this is going to be part of an automotive circuit where it's not uncommon that during production, damage can occur resulting in a disconnected load or short to ground.

If you look into the "high side load switch" category on mouser or digikey you will find very useful ICs which contain the MOSFET and the charge pump driver, plus all the protection circuits it needs to survive short-circuits and other unfortunate events. These protections are quite necessary and not trivial to design in a way that is cheap and robust.

Some also have a feedback pin to tell your microcontroller if the load is actually connected and drawing current.

Not the answer you're looking for? Browse other questions tagged mosfet current resistors load gate-driving or ask your own question.