What is the better choice to get opensource SPICE simulator on Linux? I am fan of Proteus (Windows) is there any alternative like it?

I'd say either ngspice with gspiceui (part of gEDA I believe) or LTSpice with wine as Renan has already mentioned.
Here's a screenshot of ngspice on KDE (with one of the graphical addon packages like nutmeg): 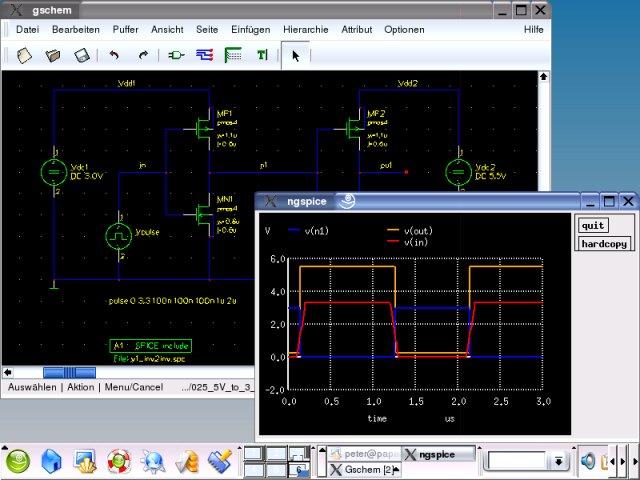 I have a linux box and I use the second option (rarely, since I'm mostly on my Windows laptop), simply because I'm used to LTSpice.

There are also many others, including some interesting variants like eispice, which claims to be the only open source SPICE that provides native IBIS model support (this may be pretty useful for many high speed digital designers on a limited budget - I will certainly be checking it out). It was aimed at PCB signal integrity simulation initially, but has expanded to include more general purpose features.

SPICE was developed under, is and always has been UNIX based with most instances of the software also being actively run under Unix. There are very few windows variants in comparison. As a result there is a many different flavors of spice out there and many that are FOSS. gEDA, XSpice etc. A quick search under EDA on freecode (the old Fresh meat repository) shows 16 instances, but not all are free. Another search under source forge shows GNUspice and ngSpice.

There is even a FEL spin (Fedora Electronics Lab) that is slightly out of date and has many, many EDA tools bundled into one focused version.

As far as I know, there isn't something like Proteus for Linux.

If you don't mind using Wine to run Windows applications in Linux and using a closed-source application, LTspice runs perfectly there (this is what I use, usually)

Otherwise, there's ngspice, for which Oli already has pointed to an ngspice GUI.

There is another interresting project you could take a look at which is QUCS.

There is also circuitjs written in javascript which you can use online or via a standalone version here. 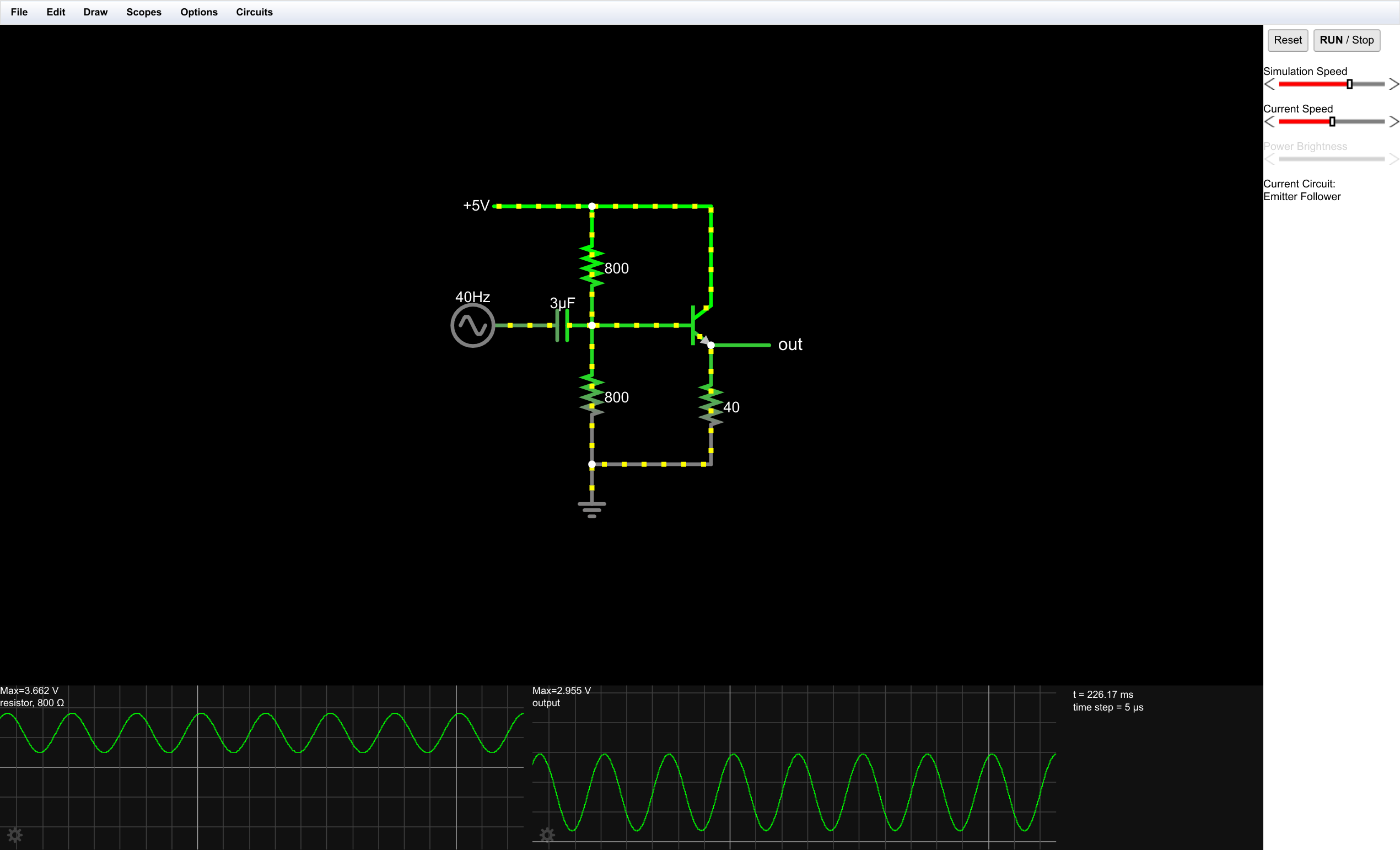 2
Drawing Out Circuits from SPICE Description
31
Comparison Between SPICE Simulators
6
Electronic Circuit Simulator API/Libraries
0
What are limitations of visually simulating/prototyping microcontrollers?
1
Is there an alternative to B2.SPICE A/D for Mac OS X?
0
Running ngspice from command line on a Linux and Windows machine.
1
How to get NAND gate with external spice-model working for simulation in kicad
1
Do I need Linux for UCB's SPICE(3)?