What causes the electromagnetic waves to prefer one dielectric over another?

it's known, and there are some devices that exploit this phenomenon (see the references if you want), that if an electromagnetic source (antenna) is placed between two different dielectric layers, the waves will prefer one over the other according to the frequency.

Here you see an example from one my simulation.

Half-wavelength dipole antenna: it radiates equally in all directions of ϑ = 90° plane. 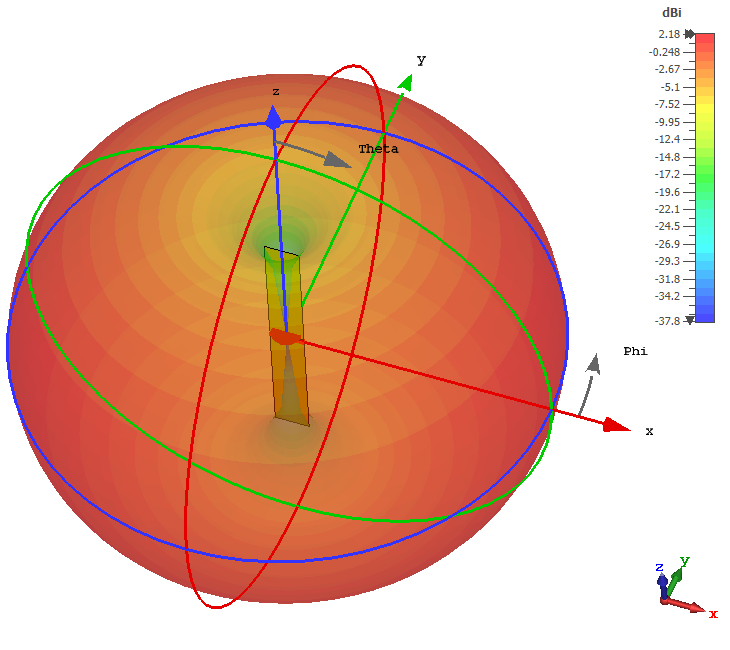 Now I put two different dielectrics (yellow = eps 20, blue = eps 2). Note that the permittivity is assumed to be constant on frequency (non-dispersive medium). 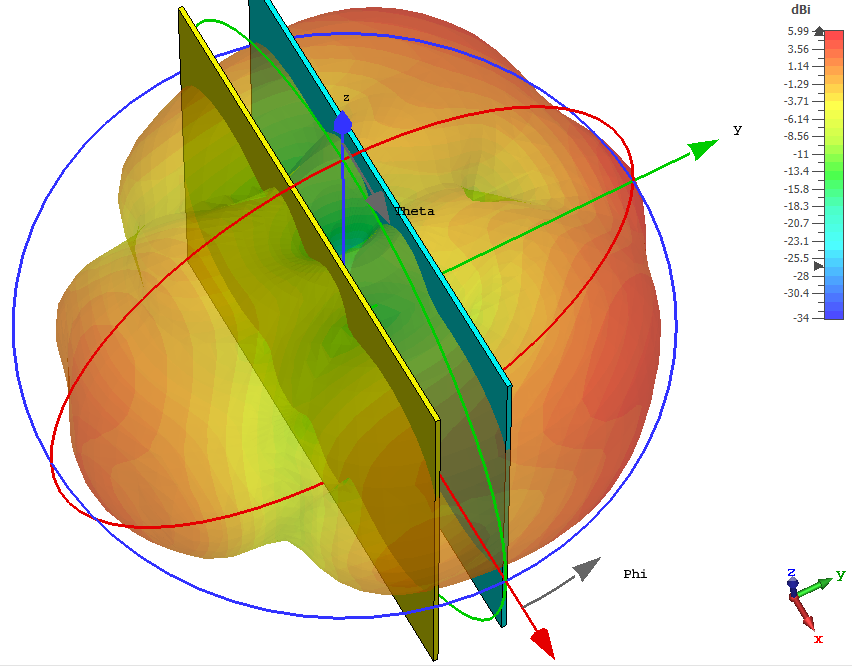 Conclusion: at such a frequency (3GHz, in which the dipole resonates), the waves prefer going towards the low permittivity medium (greater amplitude).

At other frequency the situation changes and the role of the two dielectrics may be reversed.

What I'm looking for is not a math explanation of that, but just an intuitive and physical view. If the antenna were a voltage source and the two materials were two parallel impedances, I'd say that electrons (current) will be higher in the easiest path (lowest impedance). But in this case there are not charge flowing, but just a wave. What causes physically a wave to prefer a material? Why should its electric and magnetic field be higher in one of them and why does it depend on frequency?

Example at 2GHz Now the waves prefer the yellow dielectric. 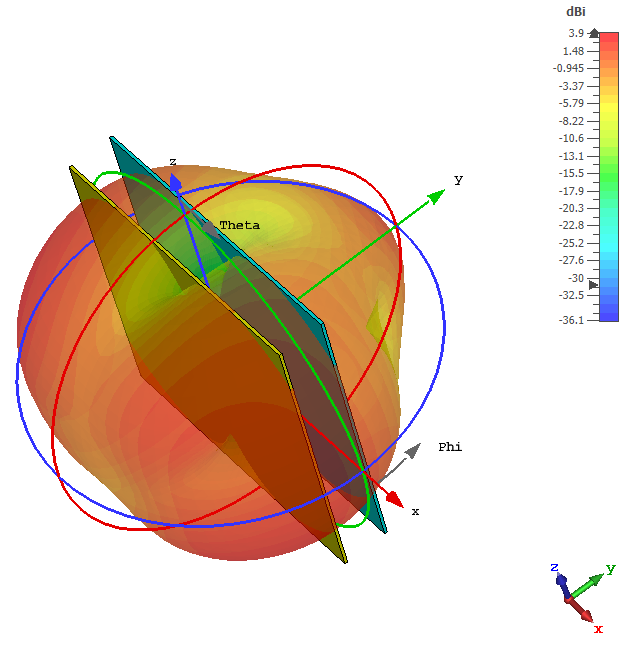 References: here (page 5) and here (page 3), two antennas are showed and they have both a substrate (like ordinary planar antennas) and a superstrate. The last one is used to send more power on the upper direction instead of to the lower one (where there is the substrate).

Dielectric wall reflects waves. Reflection is complex because every time the wave meets a border of medium it gets partially reflected. Depending on wavelength, plate thicknesses, their materials and placements it's well possible that the radiation to one direction is stronger than to the other direction. The radiation is strongest to the direction where most of the waves (incident, reflected, reflected multiple times) travel with least phase cancellation.

Not the answer you're looking for? Browse other questions tagged rf antenna electromagnetism electromagnetic microwave or ask your own question.

1
Receiving dipole antenna for VLF
0
Energies carried by electric and magnetic fields in plane waves
4
How is the magnetic field radiated in a microstrip patch antenna?
5
Standing waves in Dipole antennas
0
Far field radiation and spherical waves
1
Why aren't magnetic substrates so used for RF printed circuits?
0
Printed dipole vs ordinary (3D) dipole
3
What causes energy to be radiated away from an antenna