As a now-professional EE, I'm slightly embarrassed to be asking what I feel like is a simple question. But I'm stumped and google isn't giving me good answers.

I'm trying to PWM a string of LEDs via a low-side NMOS switch (a PMV40UN2). On the surface this seems like a simple thing to accomplish. However what I'm seeing is that the LED string is always on, regardless of the state of the MOSFET's gate. 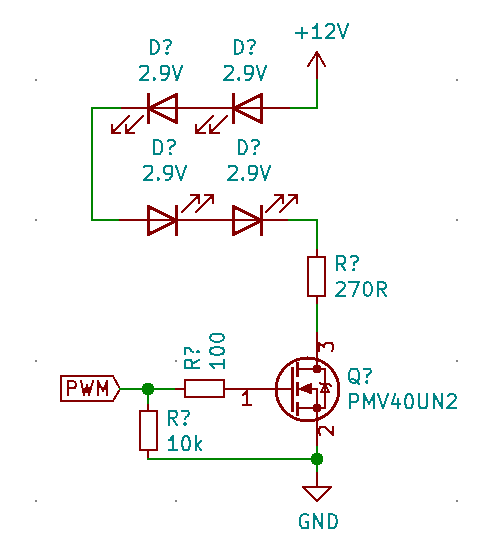 My first test was to pull out the LEDs + resistor and throw in a 10K resistor from 12V to the FET's drain, to see if it was a bad solder joint or something else on the PCB causing the issue. Here's the plot for the gate (yellow) and the drain (purple) in that setup: 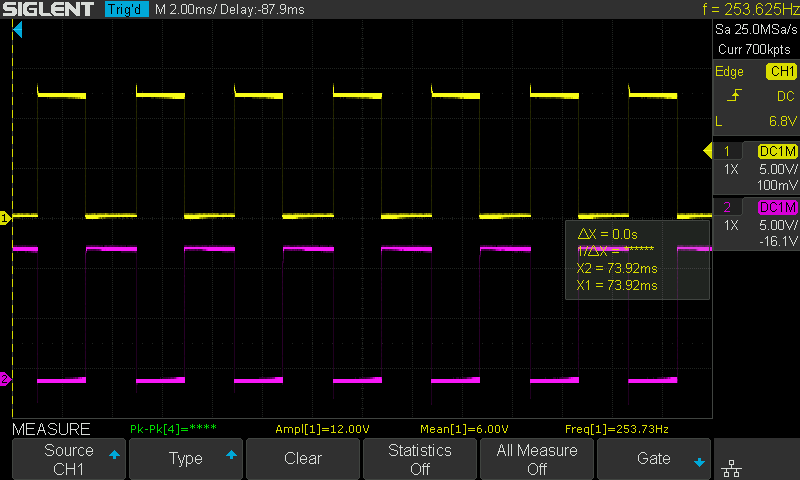 So the MOSFET is properly pulling its drain to ground when +12V is applied to the gate. Perfect. Now we look at the same test points with the 10k resistor still in palce, but with the string of LEDs and the current limiting resistor added back in: 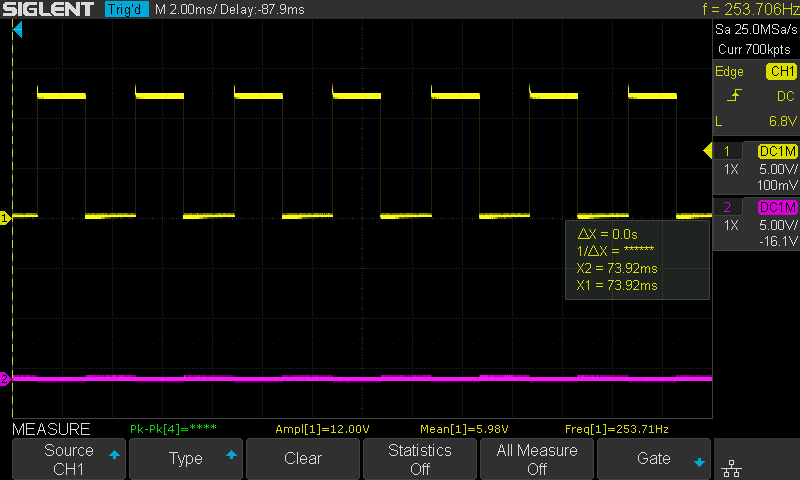 I can see the drain trying to go high in the off-state, but for whatever reason it's not able to do it and instead stays low. The result is what I originally saw, the LEDs are always on.

I'm an RF engineer by trade, so I don't deal with DC all that often. However it's pretty obvious something simple(?) is going on here that's totally going over my head.

Solution was simple and dumb. String of LEDs was being grounded external to the circuit, and I was trusting they were all assembled properly from the get-go. Trust but verify!

Not the answer you're looking for? Browse other questions tagged mosfet pwm low-side or ask your own question.