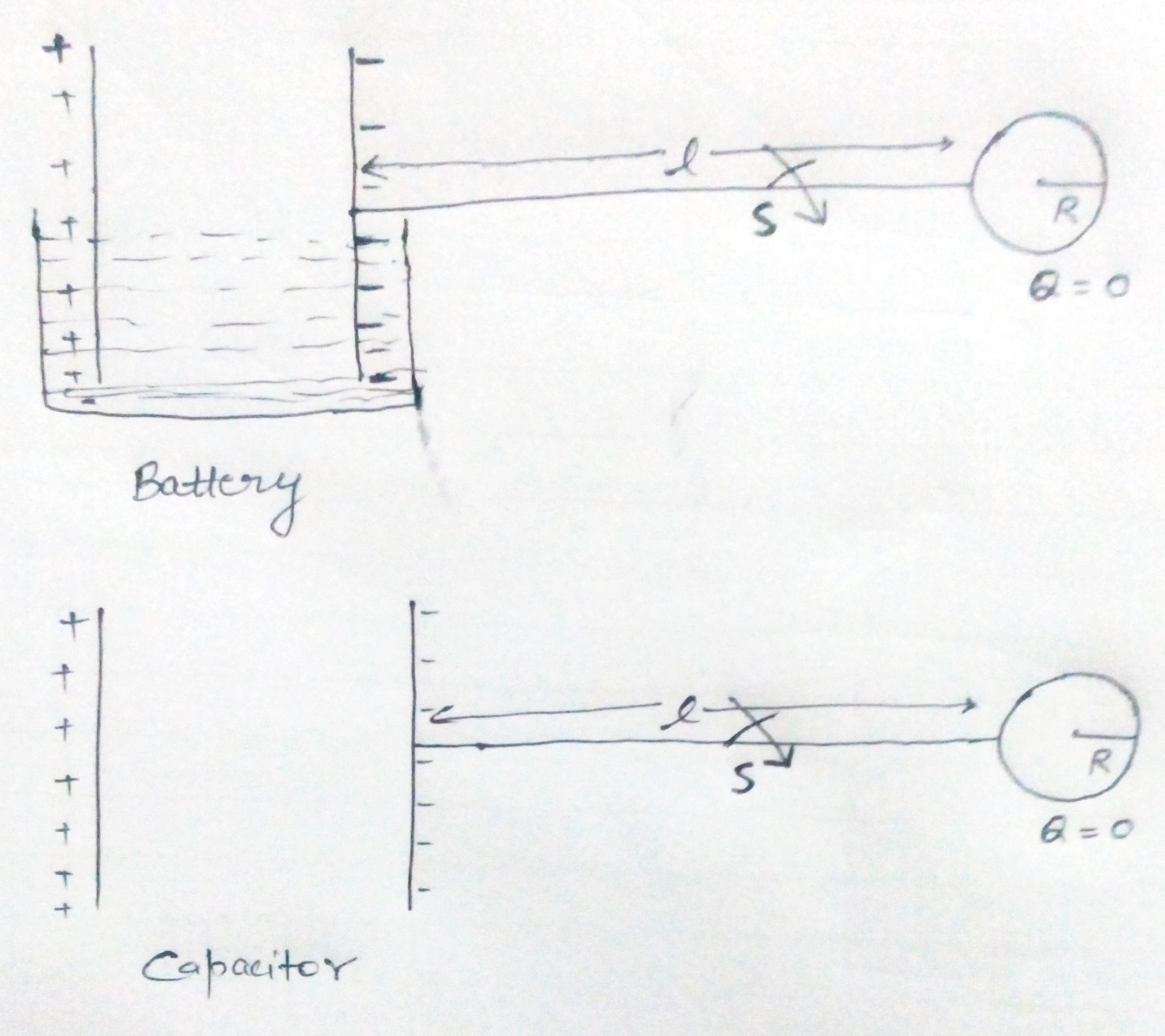 1.in first case ,only one end of charged capacitor is connected to the spherical conductor

2.in second case, only one plate of battery is connected to spherical conductor

as soon as switch closes distribution of charges started until (sphere + plate of capacitor ) becomes equipotential and this distribution causes a New potential difference between the plates!

On the other hand if we keep voltage difference between the plates of battery constant then it implies that there would be no charge distribution even if we closed the switch , but isn't it again contradict the fact that conductor connected to same wire should be at constant potential (if current is Zero)?

Can anyone suggest how would distribution takes place in both cases at steady State?

The battery makes as much charge as it needs, using chemistry, to keep the plate potential the same: you may say “voltage is conserved”. In the capacitor situation charge is conserved, voltage is not.

Not the answer you're looking for? Browse other questions tagged circuit-analysis capacitor charge battery-chemistry or ask your own question.