I am acquiring data from an ADC whose serial output makes the first bit available immediately after completion of a conversion. Then, the FPGA sends clock-pulses to the ADC to shift-out the remaining bits.

Is there a good timing exception for this scenario? I don't want to use "set_false_path" because I need the path analyzed.

The following is the ADC's timing diagram: 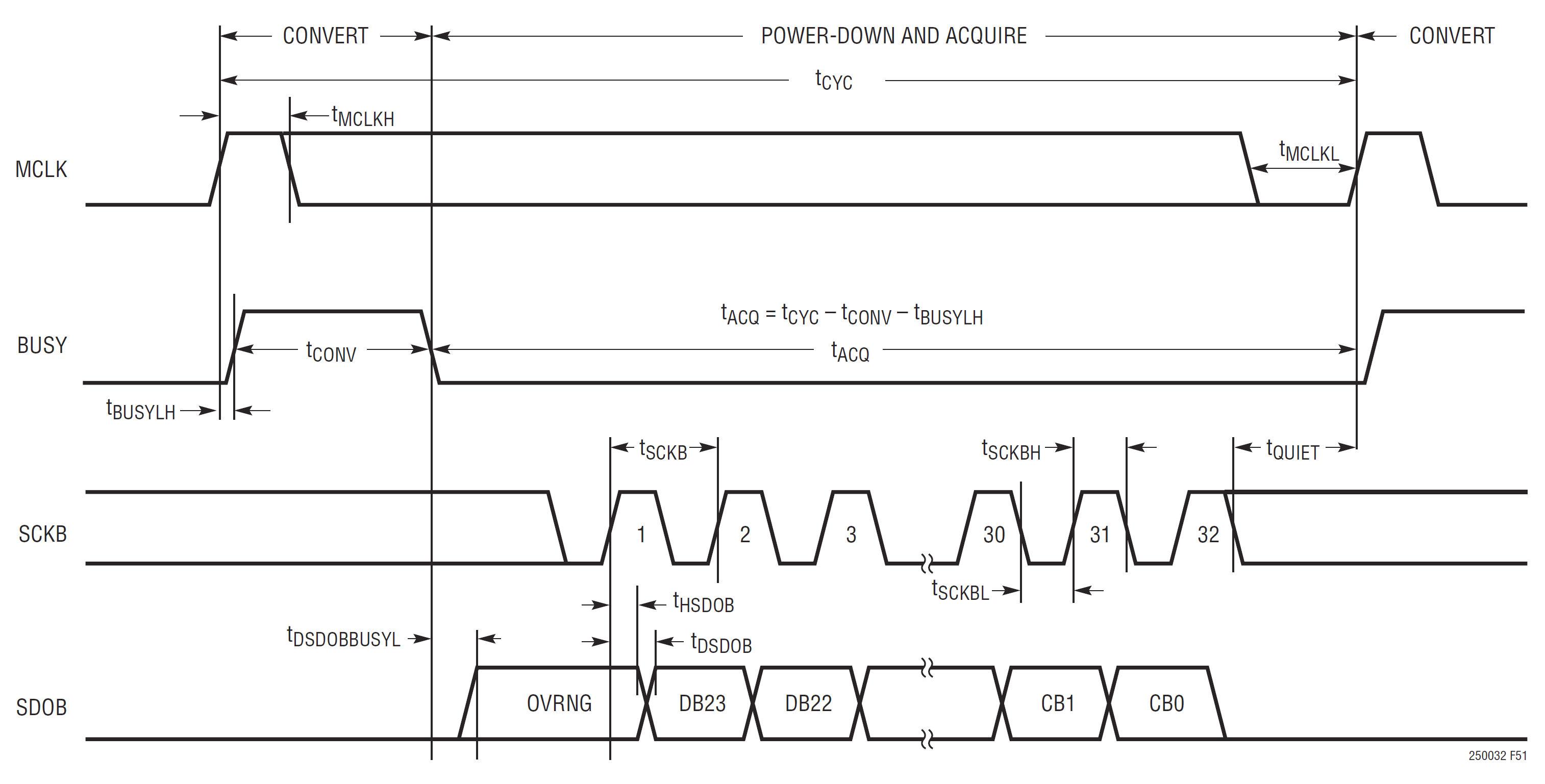 The following is the path violation report: 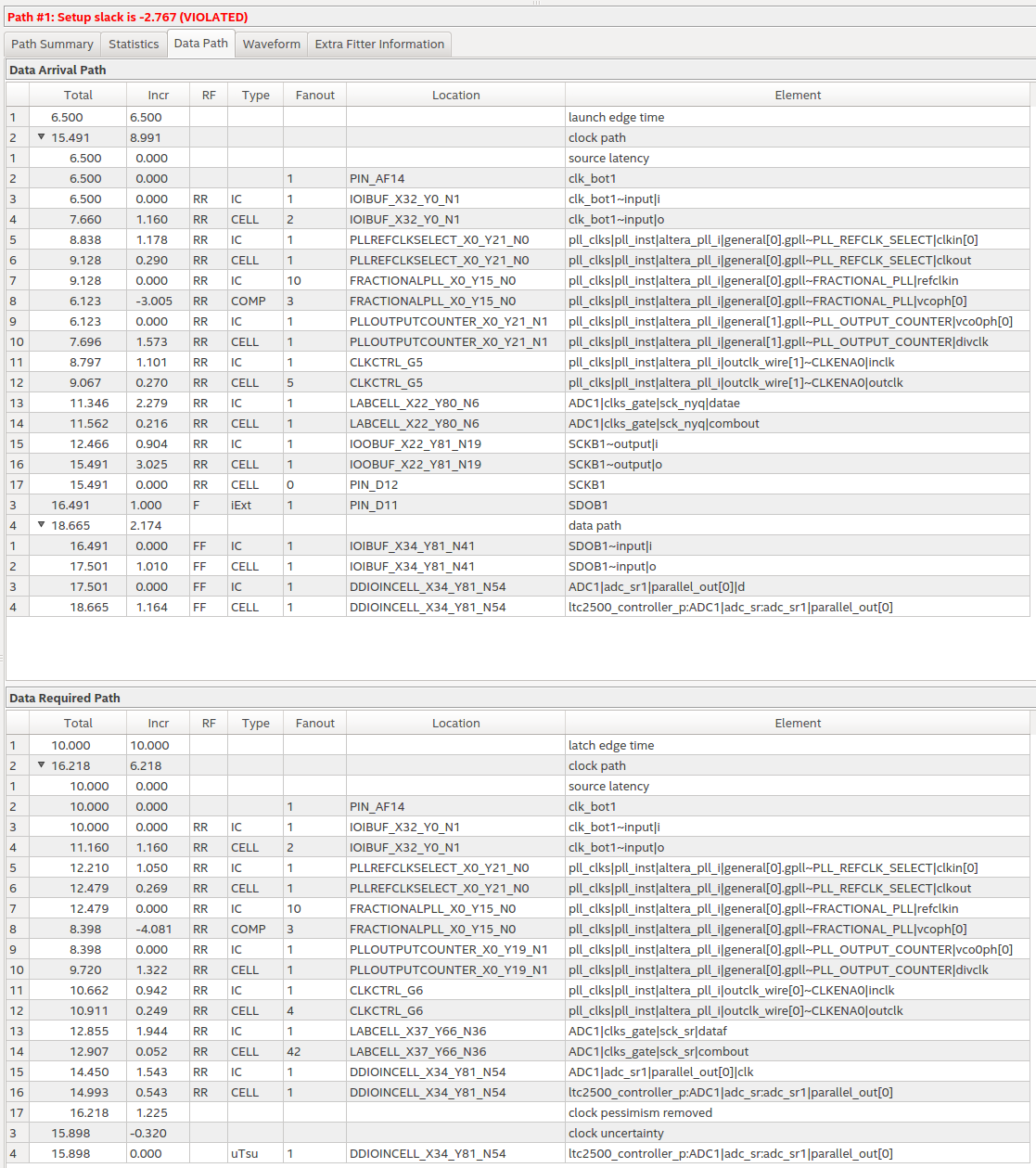 The latching clock in your FPGA logic is a 130 degrees phase-leading version of the launching clock SCKB. You just have to provide this information correctly to Timing Analyser.

From the timing report, it is observed that Timing Analyser considers launching edge at 6.5 ns, and latching edge at 10 ns.

Timing Analyser by default considers the very next clock edge (say second clock edge) after the launching edge as the latching edge. It does setup analysis based on that edge. Since it's 10 ns in the timing report, it means the first latch edge was actually at 0 ns. The launching edge is 6.5 ns in the timing report. Or in other words, Timing Analyser analysed the data path of SDOB as if the launch clock is lagging by 6.5 ns or 230 degrees. This is contradictory to your actual design where the launch clock is lagging by 130 degrees or 3.5 ns. Hence the available setup window considered by Timing Analyser became: 10 - 6.5 = 3.5 ns.

Provide the correct timing information to Timing Analyser. From comments I noticed some deviations in the SDC statements. Fix your SDC statement on clock from -phase 230 to -phase 130. The behaviour of -phase flag is not so obvious in the reference document of Altera but it's obvious in the timing report. Timing Analyser considers this phase shift as the amount of lagging from the reference clock, not leading as you presumed. Not sure about other Synthesisers, but this is the same behaviour observed in Vivado as well.

Not the answer you're looking for? Browse other questions tagged fpga adc timing timing-analysis constraints or ask your own question.