I have been given a prompt to design a 7 segment display using NOR gates. My understanding of the prompt (8.R) is:

Design an excess-2 code converter to drive a 7 segment display. Design the display using two, three, and four input NOR gates and inverters. Any solution that uses 16 gates and inverters or fewer (not counting the four inverters for the inputs) is acceptable. 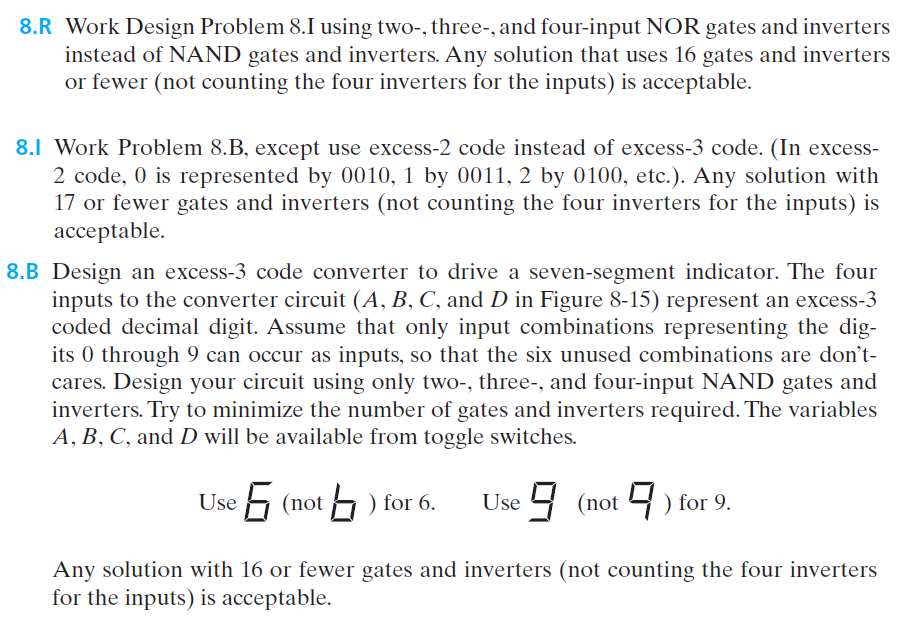 Using K-Maps, I have derived seven POS equations that I converted to NOR gates through double inversion. 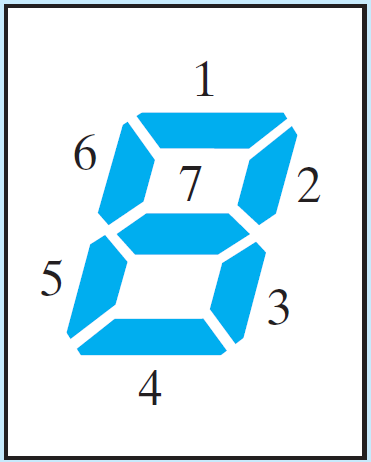 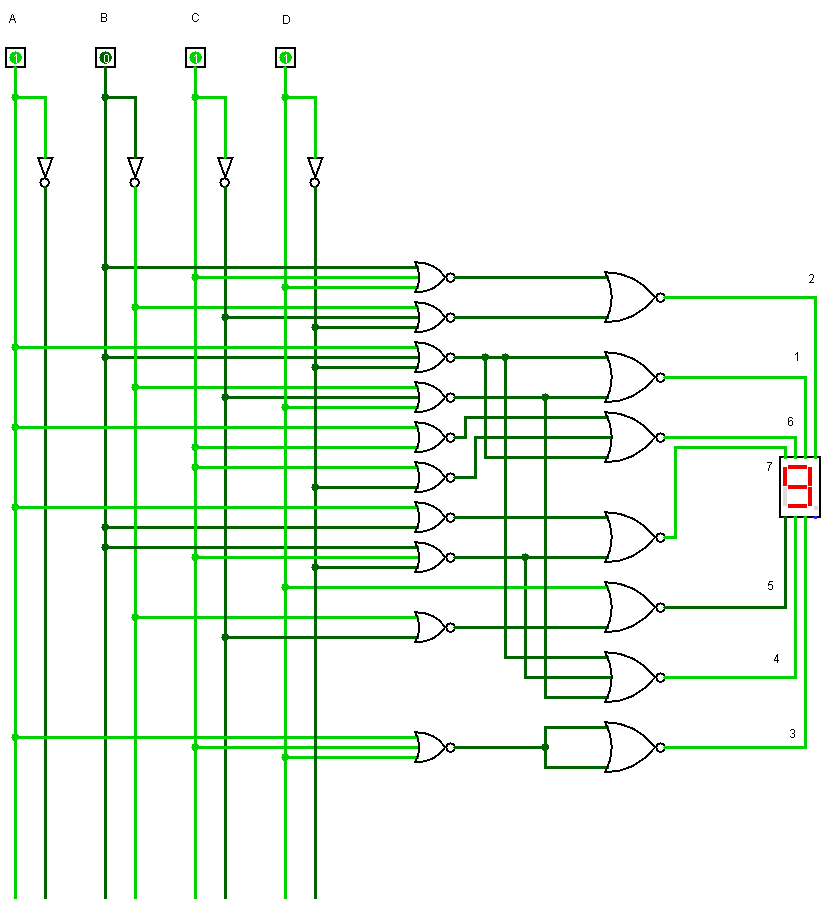 Counting up the logic gates on my diagram (excluding the inverters from the inputs A through D), I count 17 gates. This does not satisfy the requirements of the prompt. Therefore, I am thinking I messed up somewhere along the way, either in:

I'm lost as to what I could improve to reduce my gate count by one. Any ideas?

Here is the correct implementation that yields 15 gates.

Not the answer you're looking for? Browse other questions tagged digital-logic karnaugh-map or ask your own question.

0
Evaluate logical expression with a couple NAND gates
6
Cross-coupled logic gates and timing
30
Why have two NOT gates in series?
1
How do I direct input/output to correct circuit module. (2 bit calculator circuit)
0
How to reduce an ALU logic with the minimum logic possible? Its very challenging
0
Using Karnaugh maps to construct and simplify Boolean expressions
1
Design a Decoder using Logic Gates to display letters on a 7-Segment Display
1
Why does this BJT logic circuit only function intermittently?
4
How to chain transistor logic gates