Hello, I'm building up a PCB for a PoE module based on Microchip LAN8720 IC. The recommended schematic is shown in the following figure. 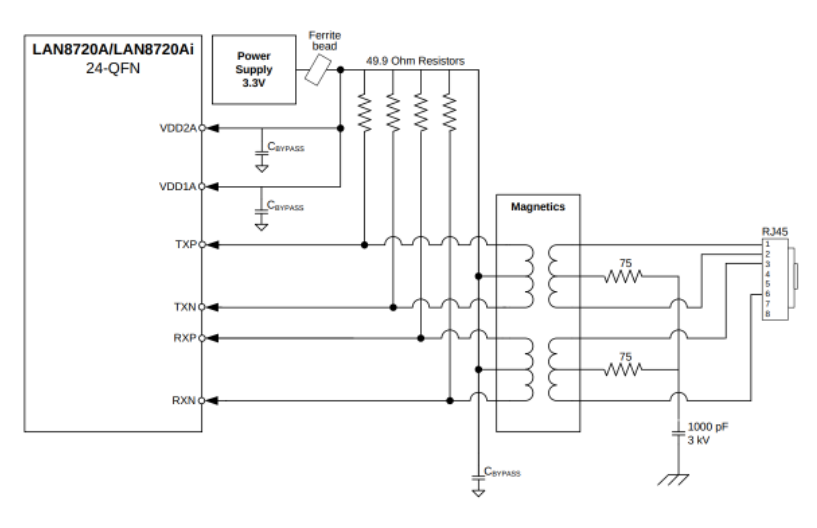 I built up a prototype based on the Waveshare LAN8720 board. This Waveshare board uses an RJ-45 jack with magnetics integrated. The jack they used has a wiring as shown in the following figure. Obviously it doesn't support Power over Ethernet (PoE) with all the spare pins tight together, I had to pick a jack that supports PoE. So I made a decision to use an RJ-45 jack without magnetics and have the magnetics on the outside.

However, I made a mistake in the schematic by not connecting one of the center tap coils (ones next to the common-mode choke) together. (elaborating more on this: the two center taps should be connected to a 75 Ohm resistor each and ground through a 1000pF 3kV capacitor according to the recommended schematic in the figure above. This was the same setup the RJ45 jack with integrated magnetics have. Instead, I omitted this part by mistake and only connected them to the diode bridge for PoE). So the prototype does not work. 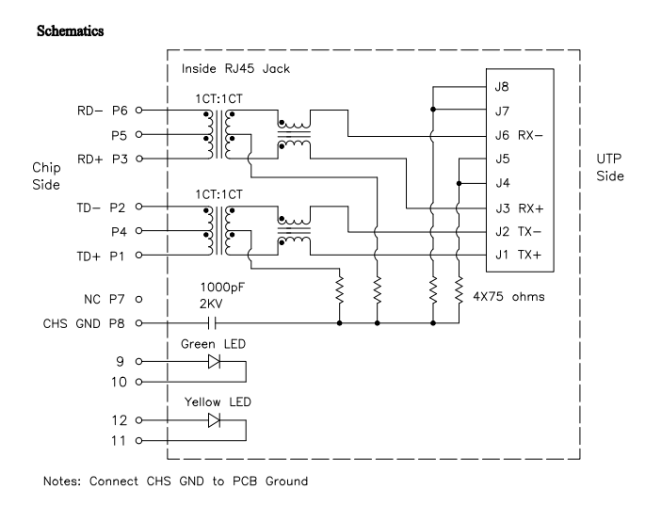 I noticed this mistake while I was debugging the circuit and I found several RJ45 jacks with PoE enabled magnetics integrated. (Was too late..) However, I saw a difference in the wiring between PoE enabled jacks and the normal ones. The figure below is a jack with PoE capability and the center taps are first connected to capacitors and then to 75 Ohm resistors (C first then R). This is quiet different from the recommended (R first then C) layout. 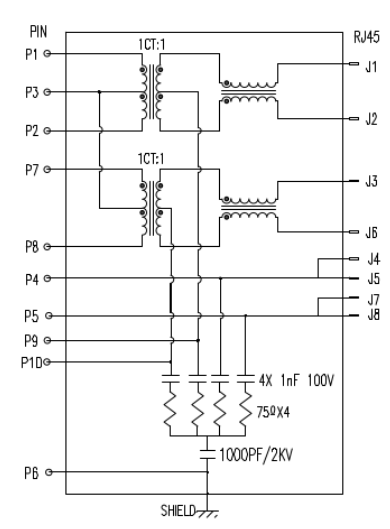 My question is, is there a difference between these two topologies (C first then R) and (R first then C).

Intuitively (R first then C) topology used by the normal topology (without PoE) creates a conductive path between the two taps. Is this something to do with power delivery?

What could be the difference in these two topologies marked with red boxes? Is there any underlying theory behind the difference? (Thanks @Jason for the insight on power wastage if the PoE topology had resistors connected creating a DC path) 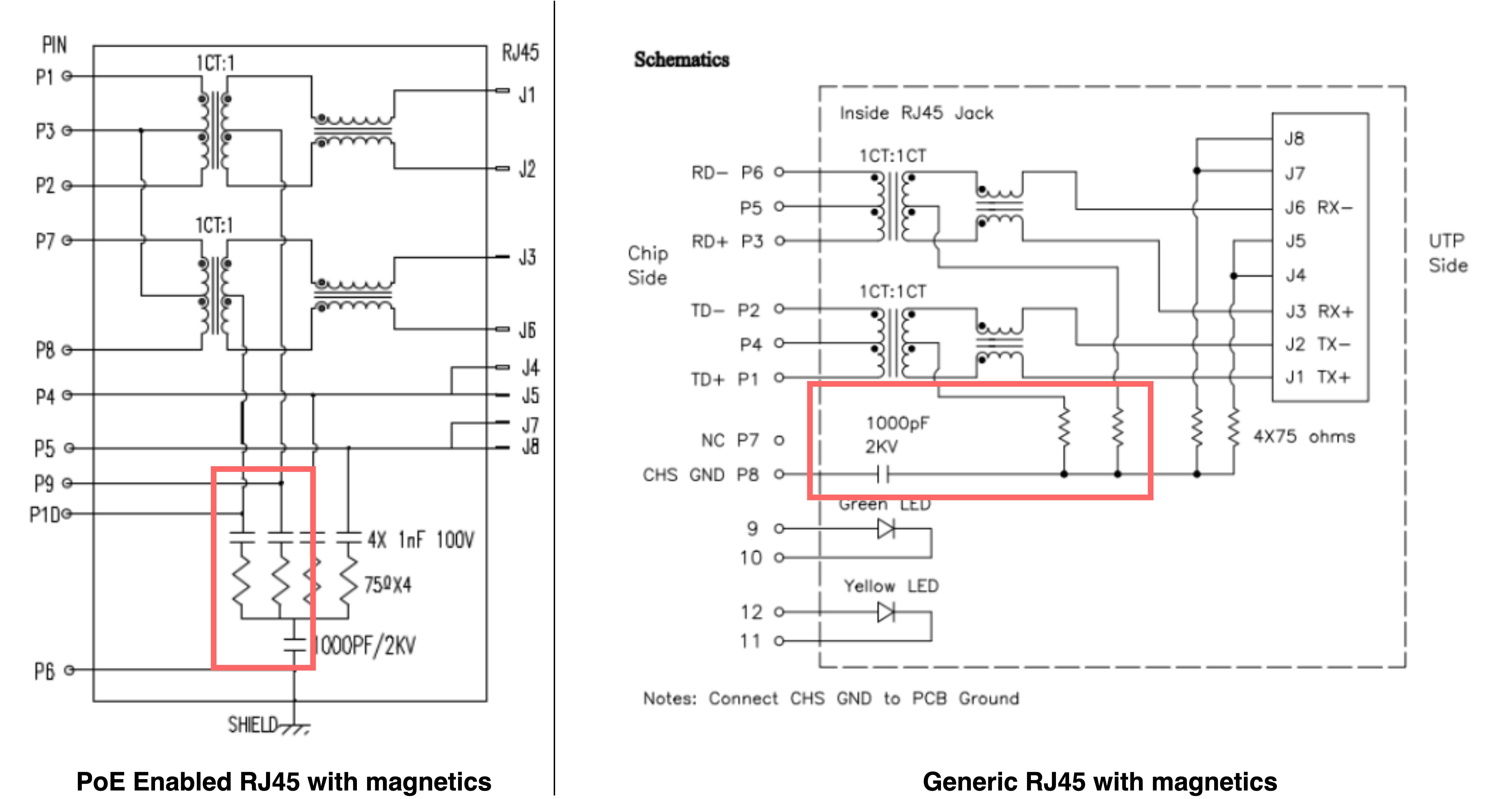 The topology that does not support PoE can have a DC path between center taps, and the resistors at the center taps are for common mode termination. There is no need for the capacitors to break the DC path. A PoE source that detects if the device supports PoE will see that the device has DC termination between pairs and will refuse to give power out. A passive PoE injector that always supplies power will damage the resistors.

The topology that supports PoE must not have a DC path between center taps. A PoE source would properly detect this and passive PoE injector will work too with this device. The resistors will still provide correct common mode termination impedance.

Not the answer you're looking for? Browse other questions tagged ethernet magnetics poe rj45 or ask your own question.

9
Connection of center tap for Ethernet transformer
9
Ethernet: how important is the magnetics topology?
8
Which type of Ethernet magnetics should I choose for PoE?
6
How important is the number of cores in RJ45 jacks with magnetics
4
Ethernet components location
2
POE external Magnetics Alternative to magnetic RJ45 jack ieee803af
3
Can I use an ethernet jack to send LVDS signals?
1
How to implement PoE with WIZnet W5500?
1
Ethernet magnetics - PHY side center tap isolation
1
Requirement of center tap in PoE applications