what is this IC and pin on the HC-SR04 which is being used for “Raw Echo” data?

An article using the HC-SR04 ultrasonic sensor to detect multiple objects at various distances shows a modification to the board of attaching a lead from a pin on one of the ICs on the board calling the data "Raw Echo".

The article is https://create.arduino.cc/projecthub/mircemk/ultrasonic-radar-can-detect-multiple-objects-at-each-ping-7a0f26 which the author says comes from this article https://arduinoplus.ru/arduino-radar/ which my browser can translate into English. The Russian article has the same board modification.

This modification is the same for HC-SR04 and HY-SRF05 ultrasonic sensors and allows multiple echo signals to be detected. If you have an HC-SR04, the integral circuit to which you solder the wire is designated U2.

The image of the board modification is: 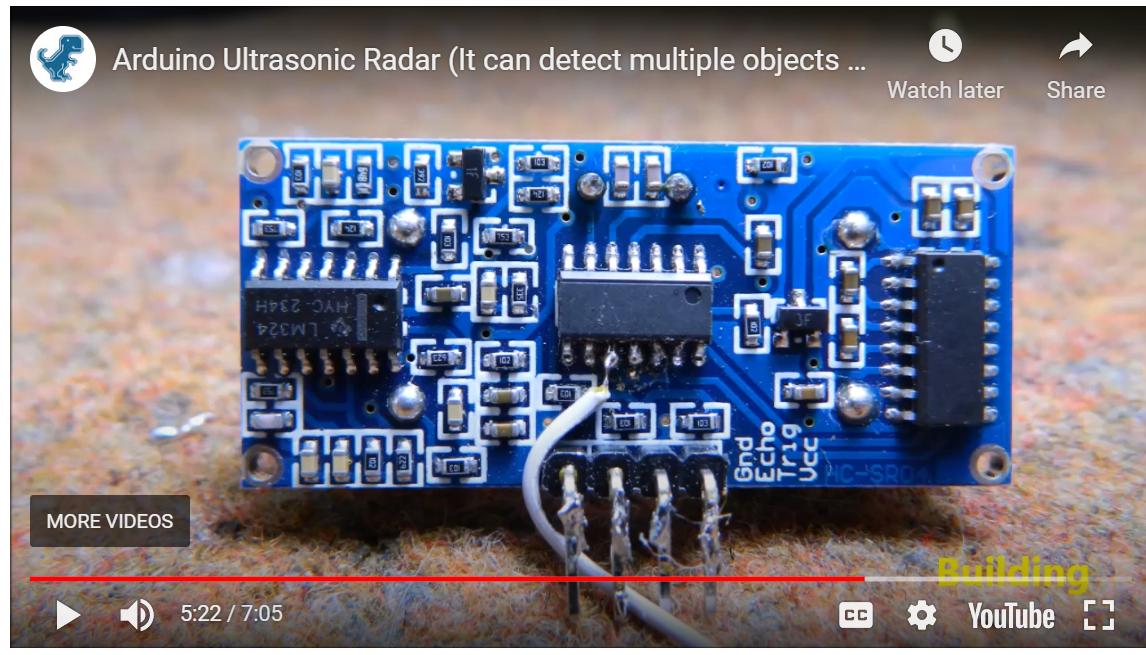 A similar modification is done in this lab for multiple object detection using the HC-SR04 https://www.instructables.com/Enhanced-Ultrasonic-Range-Finder/

I would like to understand what this specific IC is and what this pin, which seems to be an output pin from the IC, is doing.

So using the IC Raw Echo pin allows the detection of multiple echoes from a single ultrasonic pulse.

I have found a couple of articles that describe the electronics of the HC-SR04 to some extent including a schematic however I can't understand the schematic versus the physical board.

Several questions about this general topic have been asked:

And this question, which was closed due to lack of clarity, seems to be similar to my question: Analog Signal HC SR04

The Raw Echo lead looks to be attached to pin 10 of the EM78P153S microcontroller which is used to process the signals from the ultrasound receiver circuit of the HC-SR04. A second article with a similar modification explicitly mentions pin 10 however it identifies the actual IC component as U1. The mbed schematic identifies the EM78P153S as U1.

The purpose of this modification is to bypass the signal processing of the EM78P153S and pull the raw signal generated by the ultrasound receiver circuit into another microcontroller, an Arduino in this case, to process the raw signal.

The HC-SR04 schematic https://os.mbed.com/media/uploads/4180_1/hcsr04_schematic.svg identifies U1 as an EM78P153S microcontroller. 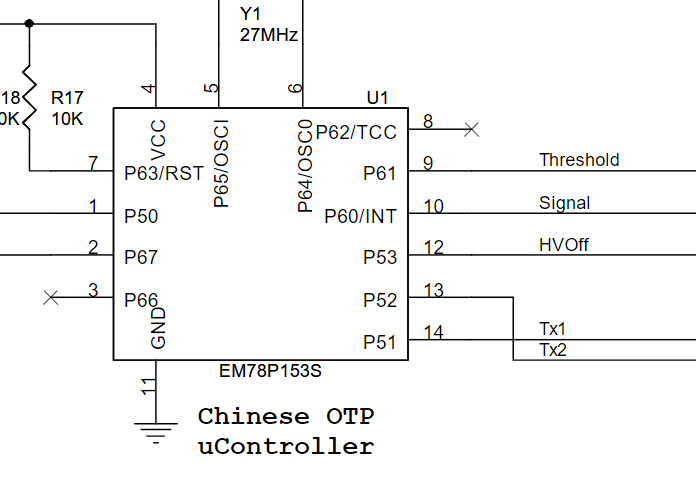 This article, https://www.instructables.com/Enhanced-Ultrasonic-Range-Finder/ showing a similar modification mentions pin 10 of U1 as the site for the modification and contains additional information from testing various ranges and with two objects. An oscilloscope was used to trace the raw signal showing the following waveforms. CH1 is from the Echo lead of the HC-SR04 and CH2 is from the Raw Echo lead attached to the pin of the IC.

The initial signal detected on CH2 appears to be the Receiver picking up the ultrasonic burst from the Emitter. The returning echoes seen as as multiple, closely spaced signals on CH2 indicates the echoes are composed of multiple sound waves detected by the Receiver. CH1 show that after a delay so as to eliminate the Emitter's output, the Echo lead is raised to HIGH and held HIGH until a rising edge from the Receiver circuit is seen at which point the Echo lead is then dropped to LOW. 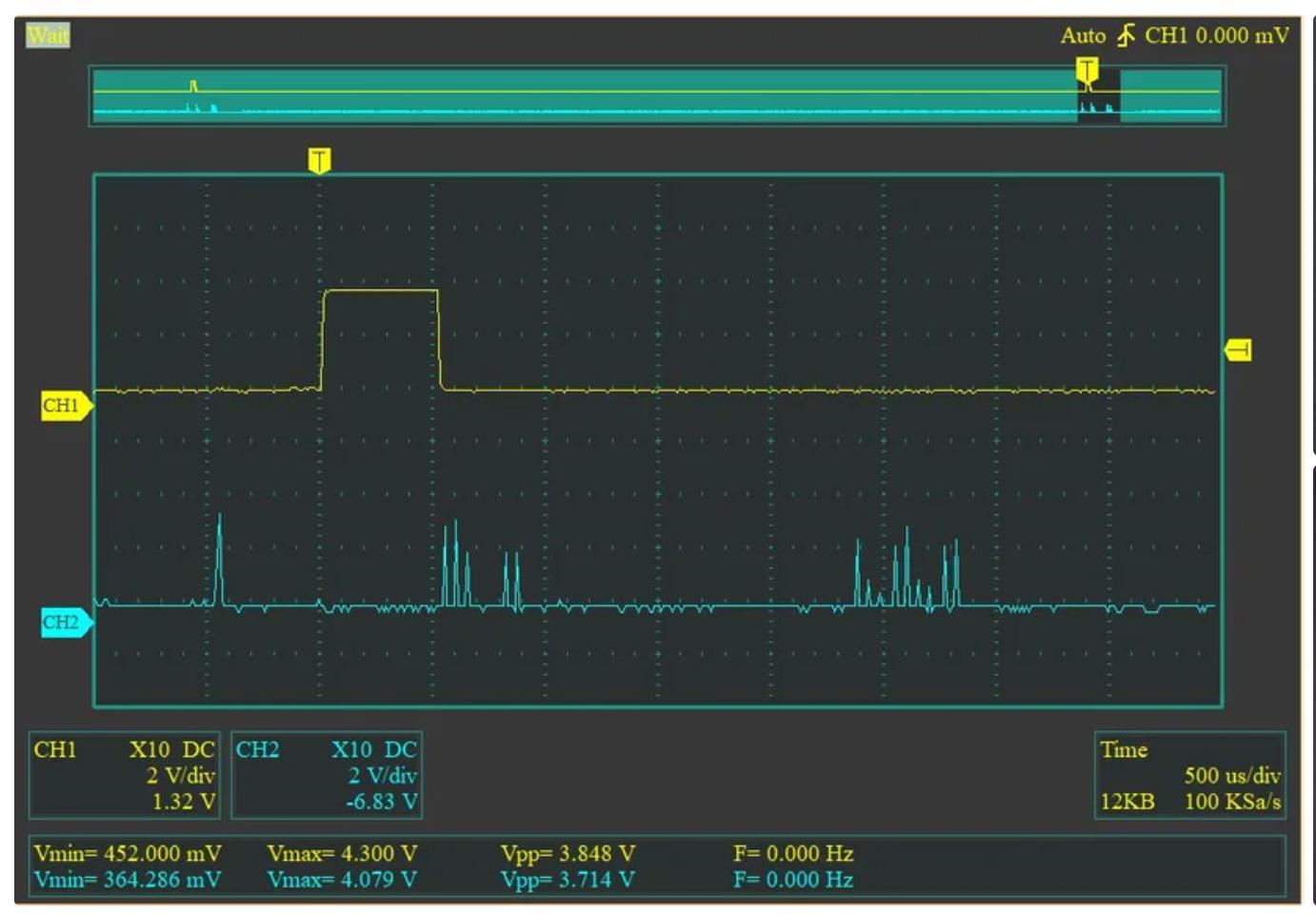 The Raw Echo signal shows a rising edge when the echo is received with a Vmax of 4.079v which is sufficient to indicate a HIGH on a 5v GPIO pin.

The Arduino source code used for measuring two echoes is as follows. The first object is detected using the Echo lead of the HC-SR04 per standard practice. Once an echo is detected, the code then looks for a second echo by waiting on a HIGH from the Raw Echo lead. Notice the wait between when the first echo is detected on the Echo lead and then checking on a HIGH from the Raw Echo lead. This wait is used to eliminate any of the multiple ripples from the first echo detected as an echo is not a single sound wave but rather multiple, closely space sound waves which causes the Receiver circuit to generate multiple, closely spaced signals.

If this source code were modified to allow for more than two objects being detected, the source code would need to incorporate logic similar to that used for debouncing a simple pushbutton switch. The rising edge would be detected and then any other changes seen on the pin would be ignored for some time period. From the oscilloscope trace, it looks like 1 millisecond should be more than sufficient.

Not the answer you're looking for? Browse other questions tagged microcontroller sensor integrated-circuit proximity-sensor or ask your own question.

3
Connecting multiple ultrasonic sensors to one Arduino
4
What is the sensor name and use and circuit diagram for Current TV will be used based on Body parts movement?
0
What type of sensor is used in this water flow sensor with two wires?
0
What is the correct name for this chip? And how to read it?
2
Battery and Voltage Regulator for ESP8266 and HC-SR04
1
Power HC-SR04 from microcontroller pin and MOSFET
0
HC-SR04 with STM32 gives unexpected values
7
What happens to components which stop being manufactured?
0
Recommendation on Optical Sensor (being used for Fingerprint Scanning)