How do you properly ground a digital pot and an op-amp?

I'm going to take a 5V 500mA power supply and pass it through a digital potentiometer AD5235 and then step it up through an op-amp with a gain 2 to get up to 10V output and put that into voltage based meanwell dimmer controller. 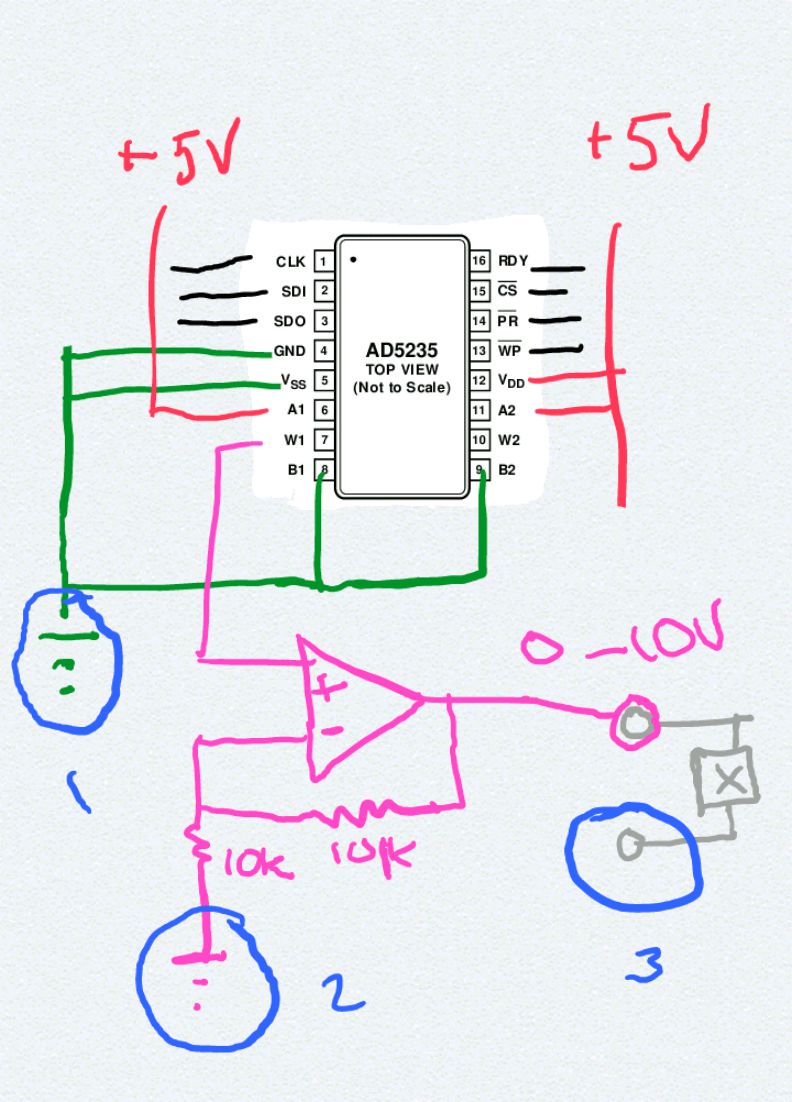 I'm a little confused on how to handle grounding with this. They are circled blue. Can I "ground" the -5V from the pot, and the -10V from the dimmer and the opamp together without damaging the pot by connecting them on the power supply -5V terminal of the wall wart I'll be using?

Also I have a couple questions about the pin meanings:

What is active low vs just low, why the verb active?

You don't really need the digital pot, the op amp to amplify the pot's output voltage, or the nice multicolor marker lines, to do what you require.

"DIMMING CONTROL (OPTIONAL) 1 ~ 10VDC or PWM signal : 100Hz ~ 3KHz" means the dimmer can be operated either by varying a DC analog voltage (Solution 1 below), or by varying only the duty cycle a PWM signal at your choice of frequency in the 100 Hz to 3 KHz range (Solution 2 below).

Use a 10 volt regulated power supply such as a wall-wart, or even just a 9 Volt battery, and a potentiometer, in the following configuration:

A 9 Volt battery would be good enough for general use, the only constraint being it would reach only up to 90% of full brightness setting of the dimmer.

The center wiper contact of the potentiometer goes to the analog dimming input pin D+, and the negative side of the battery connects to one of the end contacts of the pot, and to the D- pin of the dimmer.

Set the dimming level you want, on a scale of 0 to 255, using AnalogWrite() in an Arduino sketch. By not changing any default frequencies, the operation of the Arduino will not be affected in any adverse way.

EDIT: Added Solution 3, from a Meanwell dimming thread on a discussion forum.

This solution is useful for Meanwell dimmers which only support the 0-10 Volt analog dimming method, and do not have a PWM option. 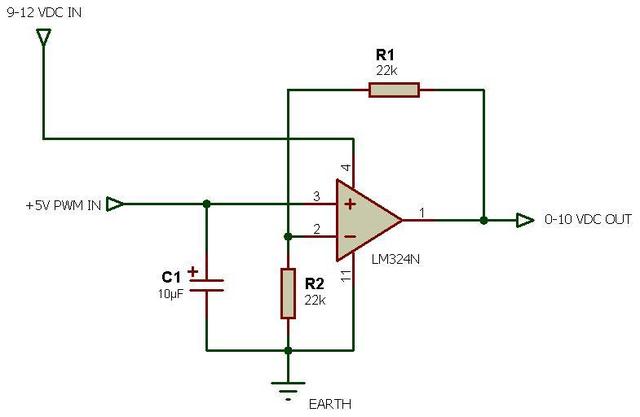 From the relevant post: This circuit will let you dim a D driver with the PWM outputs from the Arduino.

Your schematic doesn't show where the SPI is coming from - presumably a microcontroller?

There's a bit more detail in table 4 of the datasheet.

"Active low" means "this signal has its effect when it is low and has no effect when it is high". So in order to write protect the device, pull the ~WP pin low. (Active low signals are usually represented with a "bar" over the name, or a ~ in front, or _N on the end of the name)

"Open drain" means that it's connected to the drain side of a MOSFET; so the device can pull the pin low but not drive it high. Normally this means you must have a pull-up resistor.

Edit: about your title - you discuss various power supplies (+5V, -5V, -10V?) without showing them on the schematic or where they're coming from.

Not the answer you're looking for? Browse other questions tagged operational-amplifier integrated-circuit ground potentiometer or ask your own question.