My main goal is to create constant current source as laser diode driver between 0-200mA, controllable by 0-3.3V analog input from MCU, And can be modulated (ON/OFF only) by square 0/3.3V PWM signal (changeable frequency up to 10khz and DC 0-100% from MCU).

V3 In my schematic should provide the analog 0-3.3V (MCU PWM with MCP4725 PWM to analog) and V2 should modulate the signal by PWM from MCU.

I already built the entire circuit with BJT option but since the BJT acted in saturation (the analog input 0-3.3v is smaller than the switching voltage), i received negative current in the analog input power supply and increasing the analog voltage didn't had any effect (does it make sense?)

besides that, rest of the circuit is working.

The MOSFET version use opamp since my MCU is 3.3v and unless it will be fully opened I'll ran into saturation at some point . (is it the right way to increase VGS from 3.3V?)

and last remark the opamps VCC is 7V since I'm using MCP602 and from the datasheet I understood that's the maximum voltage range. 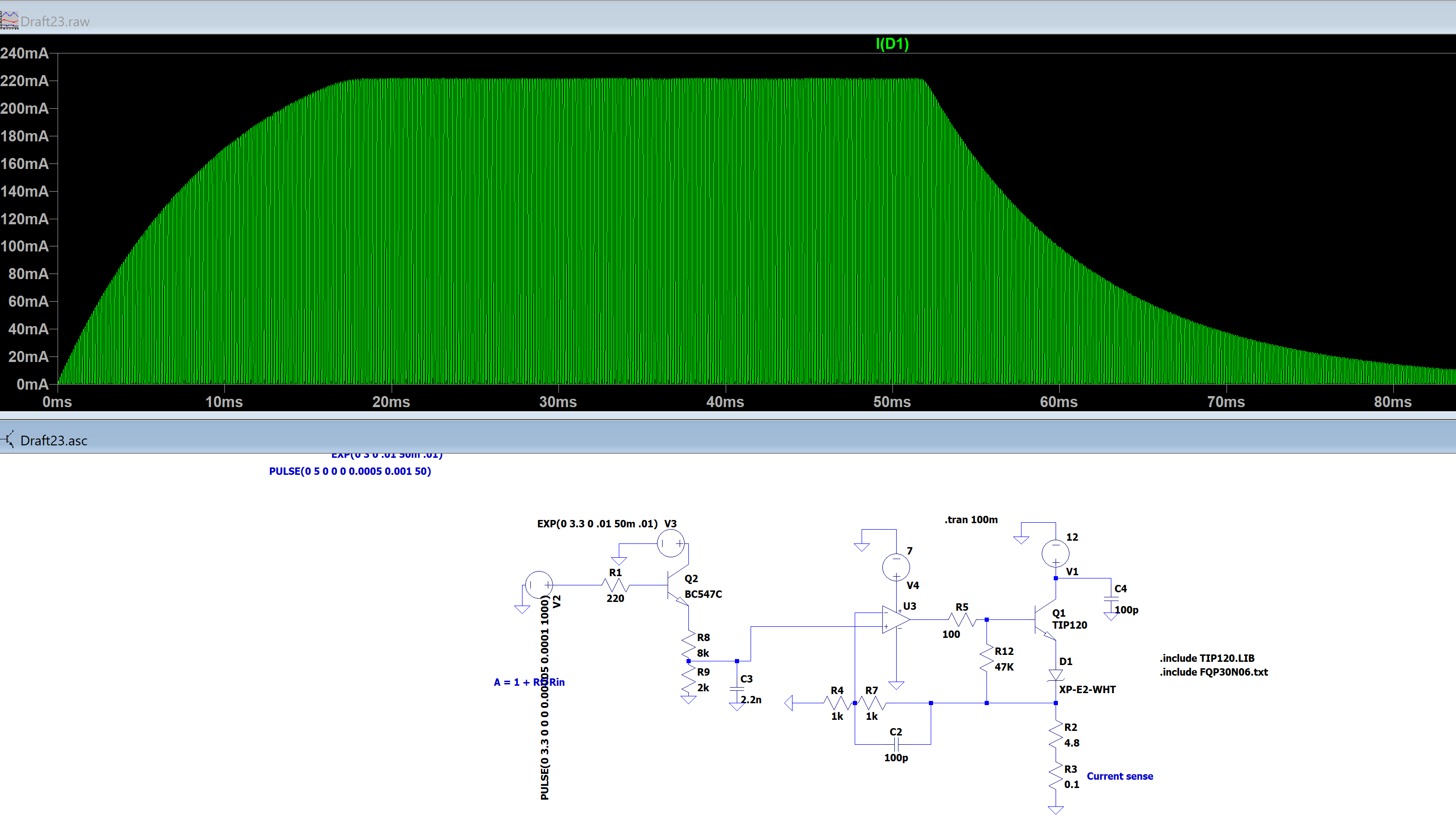 5
Driving high and low inputs of a MOSFET driver with a single PWM signal
1
Analog Fan control via PWM
1
How to choose a correct LED PWM driver?
0
How to calculate frequency for PWM design
0
most basic laser diode driver?
1
Fan PWM driver - design question
2
How to switch dummy load circuit on/off with pwm?
2
Will replacing MOSFET with a MOSFET with lower rds(on) reduce the thermal characteristics?
0
Lazy full-bridge PWM control