I am studying the working principle of tunnel diode and I am reading for a voltage range it creates a negative differential resistance.

If we have a current source supplying the circuit with some current, if the current is inside the negative differential resistance region, which will be the voltage of the diode, the green voltage , the orange voltage or the blue voltage? 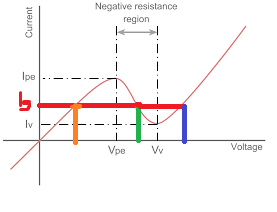 It depends on how you changed the current before:

The "magical use" of this bistable mode of operation is to make the tunnel diode memorize (act as a latch). For this purpose, the tunnel diode is initially biased by a current Iv < Ibias < Ipe. Then, it is toggled by adding or subtracting a sufficient current so that I > Ipe or I < Iv.

See more about the bistable mode of the N-shaped negative differential resistance and particularly, how the diode "jumps", in the related Wikibooks story.

If you use a current source, then you can't get a reasonable result.

I built a current/voltage tracer a while back that uses a current source - it sets the current then measures the resulting voltage across the diode.

About a month ago, I got hold of some GI103A tunnel diodes and tried to replicate the typical negative resistance curve trace of a tunnel diode.

This is the result: 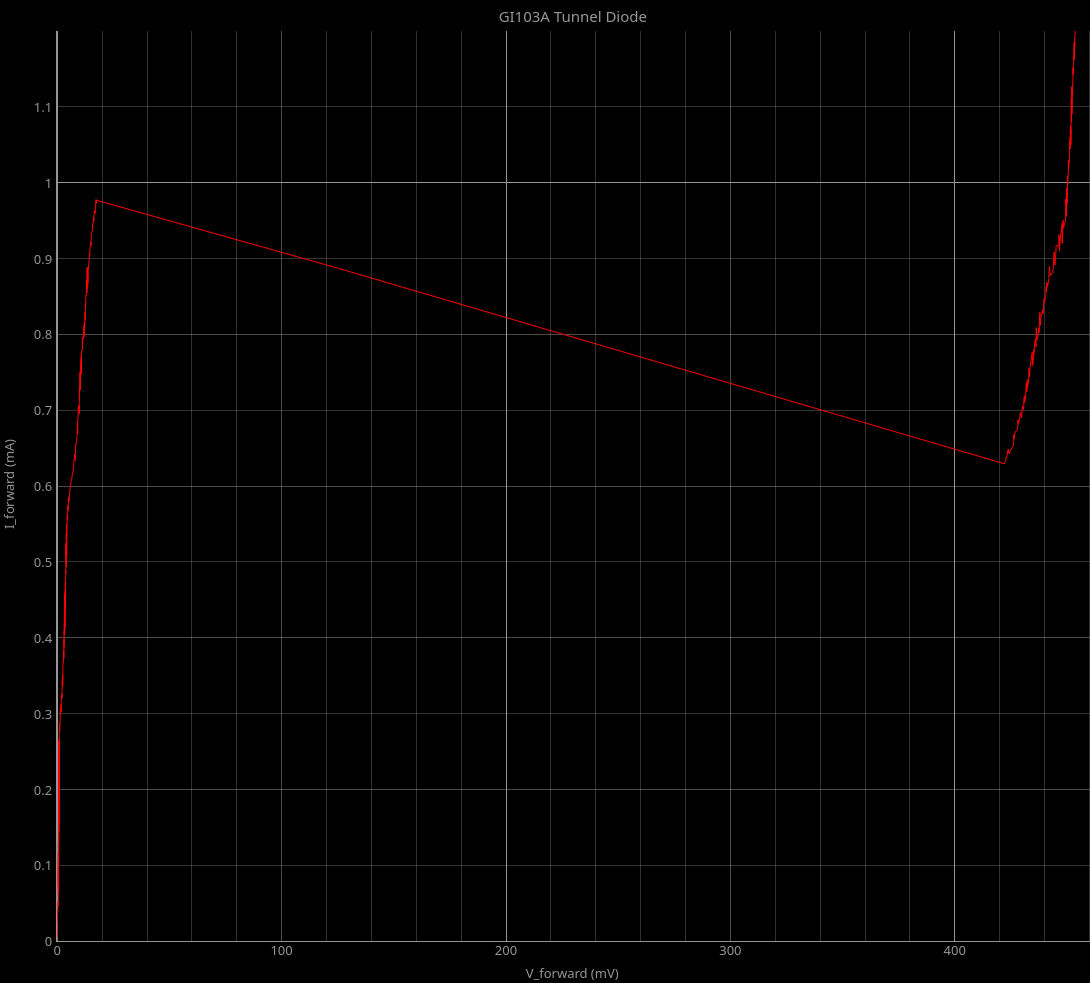 It just skips right over the negative resistance range.

To get the negative resistance trace, you have to use a voltage source and measure the current. That's how the traces in the datasheets were produced.

Figure 11A from that Tektronix document shows the IV traces of two tunnel diodes made with a Tektronix 575 curve tracer. Both traces skip the negative resistance range.

This document ftom RCA describes how the negative resistance range can be traced. 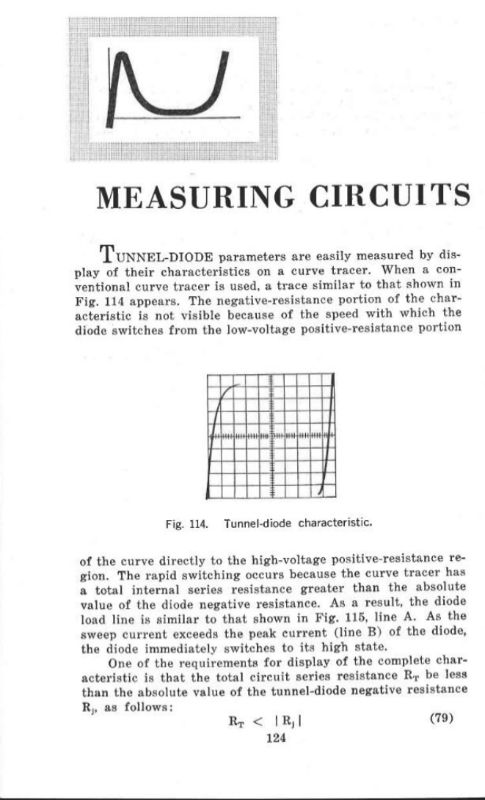 The short form is that it takes an IV tracer with a low internal impedance - basically, a voltage source rather than a current source. The tracer "forces" a voltage on the diode and measures the resulting current.

I recommend reading both of the linked documents (Tektronix and RCA.) There's a wealth of information on theory and practicalities of tunnel diodes in both of them.

That "skipping the negative resistance range" is what makes tunnel diodes switch so fast.

As long as the driving source "looks like" a current source (the source impedance is higher than the absolute value of the negative resistance) the voltage range of negative resistance is "forbidden" - from the current, it could have three voltage values. That's impossible, so that range is "skipped," leading to an immediate change in voltage to something outside the forbidden zone.

When the source "looks like" a voltage source to the diode (source impedance is lower than the absolute value of the diode negative resistance) then there's only one current for that voltage - there's no forbidden zone, so it just passes whatever current is required.

That's impossible to tell. It depends in which region the diode operates, exactly as the figure you show informs you!

It can be either. Because the IV characteristics aren't a one-to-one function only knowing the current isn't enough to determine voltage.

As for which voltage it will be, I'm not sure. Based on how the current source works you may be able to force operation on either the green or orange line.

Not the answer you're looking for? Browse other questions tagged diodes negative-resistance or ask your own question.