p.s. - I probably made some mistakes in translation. Here is the image of the circuit: 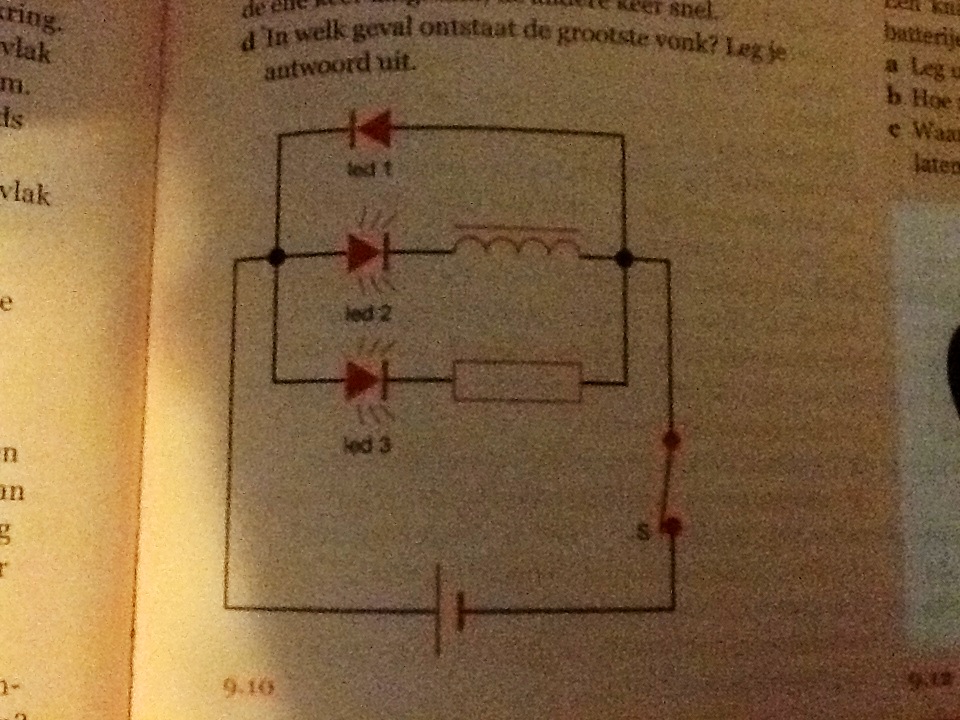 I can't answer any of these questions. I know for sure they have something to do with electromagnetic induction. But I'm having trouble grasping what will happen in these situations. Can someone help? I know that if a switch is open and closed there will be induction for a short time.

Inductors resist changes in current. To change the current in an inductor, you must apply a voltage. If you remove the voltage, the inductor will make its own voltage so that the current can keep flowing. Of course, making this voltage requires energy, and as that energy moves out of the inductor and into something else, the current will eventually reach zero, when there's no energy left in the inductor.

So, when the switch is closed for a while, there is a current in the inductor. When you open the switch, that current must keep going. Where can it go in this circuit, if its prevented from going through the battery by the open switch? 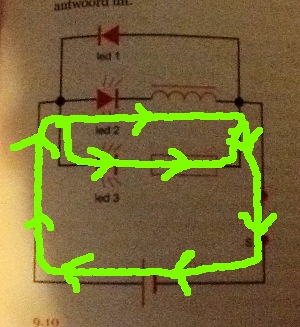 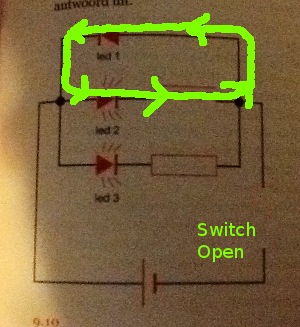 A diode allows current to flow only in one direction. It's no mistake that their schematic symbol looks like an arrow. If the switch is opened, there is only one place for the same current to keep flowing, and that's through LED1 and LED2. It will keep flowing here, even without help from the battery, until all the stored energy in the inductor has been transferred to the LEDs.

Not the answer you're looking for? Browse other questions tagged diodes circuit-analysis or ask your own question.

0
Initial Conditions and current for an RLC circuit
0
What Formality Am I Using To Isolate This Portion Of The Circuit?
0
How will the diode act after its junction is penetrated?
0
Correct design for large contactor circuit?
2
DC Circuit problem, an idea to solve this circuit?
4
Help with AC circuit theory problem
6
How does this timer circuit work?
0
How to find voltage across resistors in RC Circuit with 2 voltage sources?