I have a question about how to intuitively think about the polarity reversal (flyback voltage) that occurs in an inductor when removed from a supply.

Here is my understanding: When the switch is closed, current flows through the inductor to ground, with a positive voltage across the inductor. 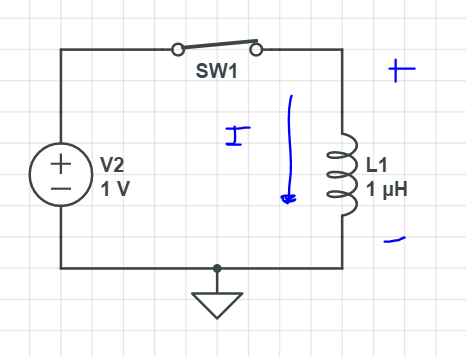 Then, when the switch is opened, I understand that the polarity reverses, but I'm trying to make sense of this fact.

I know that the average value of the voltage across an inductor must be 0. From this perspective, it makes sense that the polarity switches, it was previously positive, and now must be negative to have an average value of 0. However, when thinking about it in terms of maintaining current direction, I can't wrap my head around it. 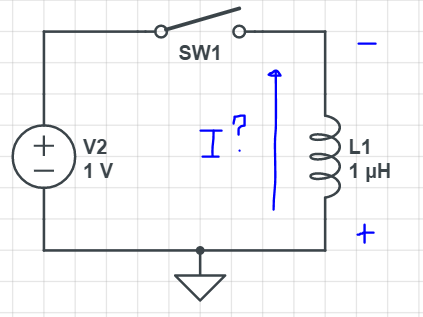 Can someone help clear the confusion for me?

There is no rule for an inductor that says "[current] must go from high potential to low potential". That is a rule for a resistor.

If you think about it a bit, this rule explains exactly why the voltage must be negative to get the current in the inductor to change from some positive to zero.

I recently had an opportunity to think this through, while answering a similar question. The situation is that the polarity reverses, while the current continues in the same direction. The key is that with the switch closed, the inductor is "resisting" (impeding?) the current flow, but after the switch opens, the inductor itself becomes the voltage source!