I have a cheapo bench PSU with one pair of terminals on it and I am trying to wire the pictured circuit correctly and in best possible practice. As my description on the schematic says, one LED device will be under the control of Arduino/mosfet/buttons combo, while the other LED device will be wired in a plain manner, straight to the power source, with a basic toggle switch to turn it on/off.

I tried to wire it as best as I know, since this is workbench environment I don't have anything but crocodile clips, but there was a mistake on my part because the "Arduino controlled" LED didn't shut off completely when Arduino said it should, it would turn off to 50% brightness, and the MOSFET got superhot. Also, I do have to say it, in my Arduino code every pin is used with "INPUT_PULLUP" rule applied.

So, before I smoke something here I'm asking for some help, maybe some of you can scribble the proper wiring approach on this diagram. My understanding on how to properly ground things in this scenario is not the best. Thanks for help! 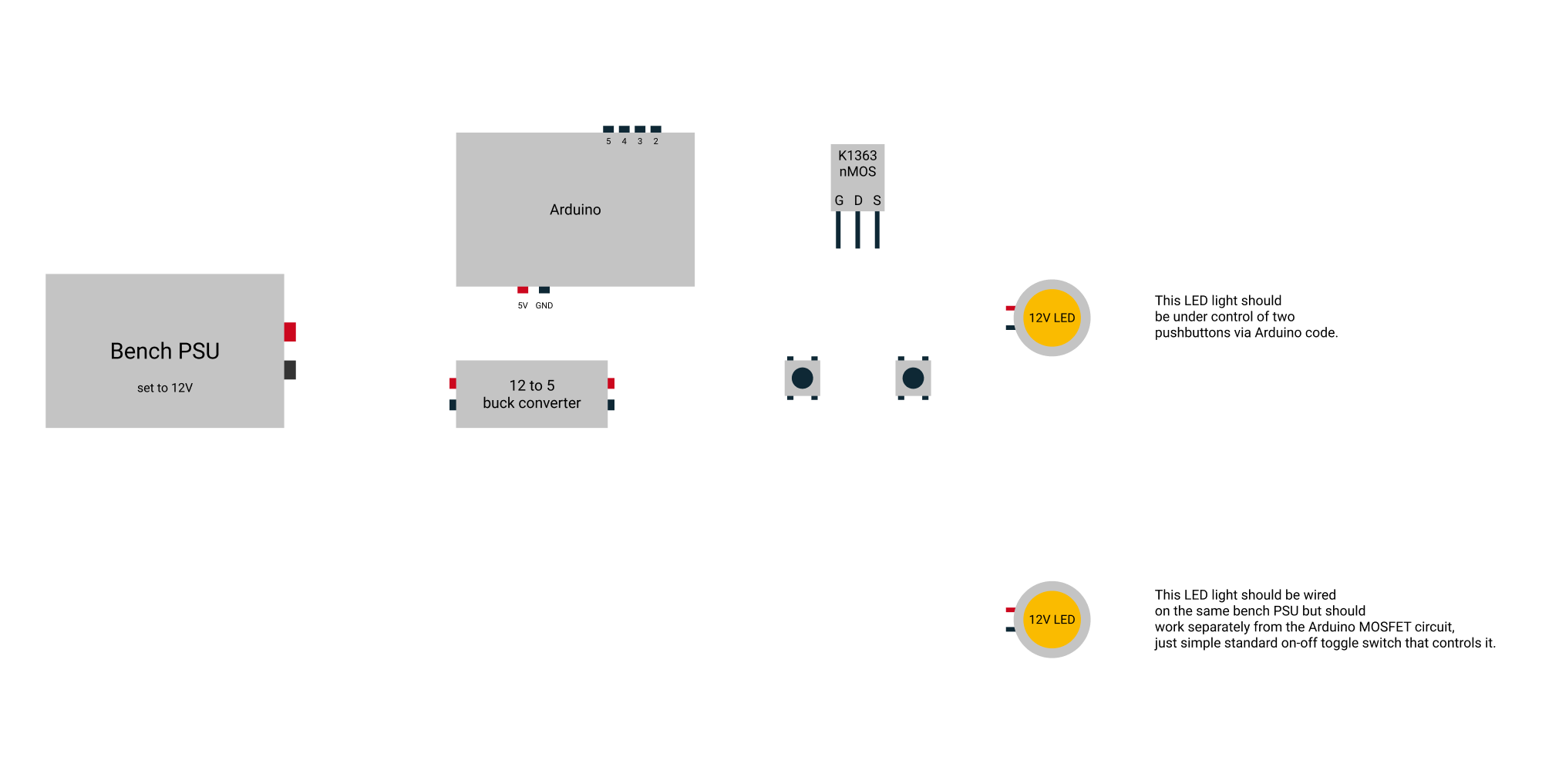 This wiring scheme should suffice, but your really don't need the additional 5V regulator.

Not the answer you're looking for? Browse other questions tagged arduino led mosfet 12v nmos or ask your own question.

0
Switch 12V and 24V low current load (LED button) with 3.3V and 5.0V arduino
0
Prevent MOSFET input being low when connected to output of powered off device
1
MIP2M4 mosfet, Arduino Uno and a 12v PWM PC fan
1
Arduino battery power stay on for button - Not quite working
1
Mosfet: gate voltage 0 but still led strip on
1
Using Mosfet with seperate Logic Converter and Arduino
0
Controlling power to two RPis from Arduino mini pins, super low power - MOSFET?
1
MOSFET started to smoke when switching a 12V bulb - how can I troubleshoot the cause?