Why does an overcompensated oscilloscope probe give spikes higher than the input voltage?

Does anyone knows why an over compensated probe gives voltage spikes bigger than the maximum voltage of the input signal (or bigger Vpeaks?)

These spikes looks to me like a parasitic inductance but I read that the only reason that the variable capacitor is placed on a probe is to compensate the 9Mohm resistor which creates a low pass filter with the input capacitance of the oscilloscope.

These spikes look like a voltage that comes from a resonance frequency between the capacitors and maybe the parasitic inductance which is formed through the probe's cable.

If the probe is under compensated then we have low pass filter which cuts the high frequencies so why there is a ramp shape at the transitions of the signal? 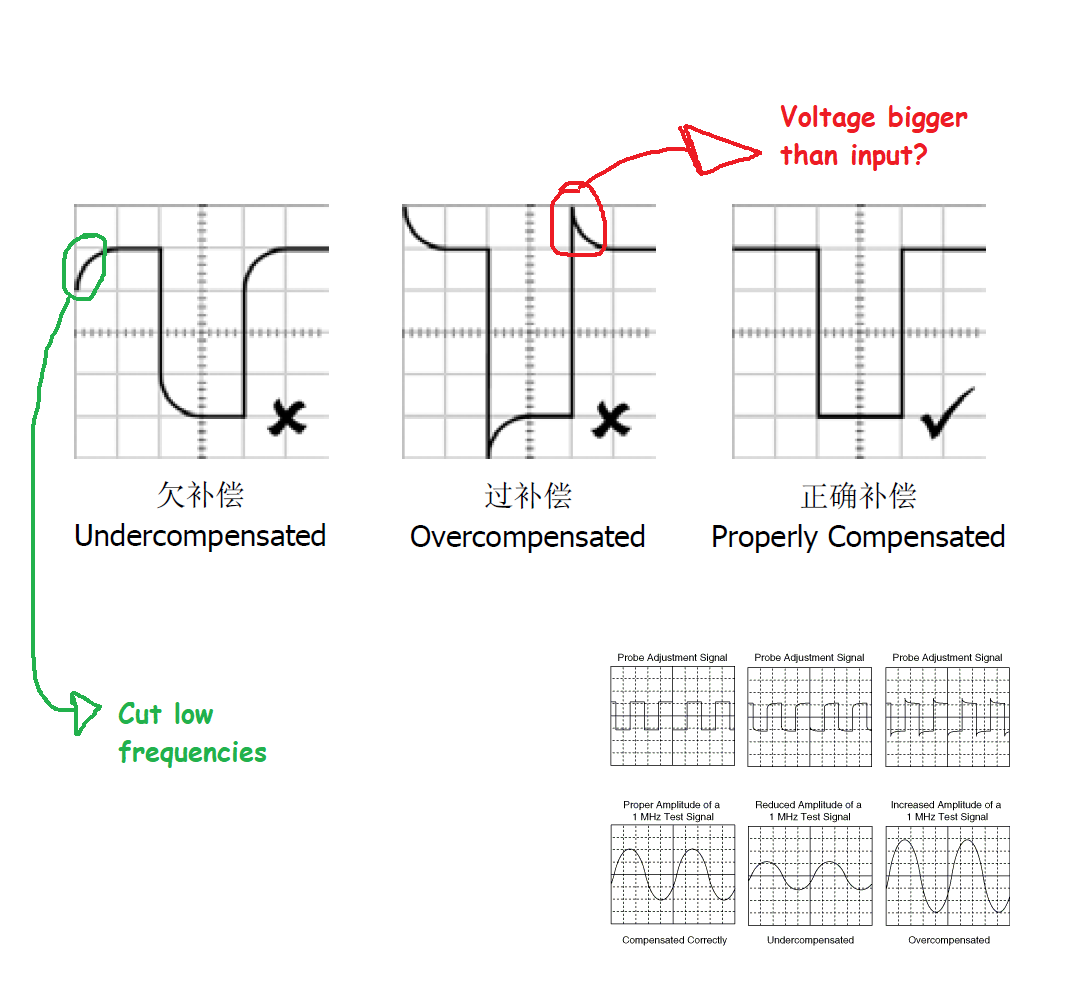 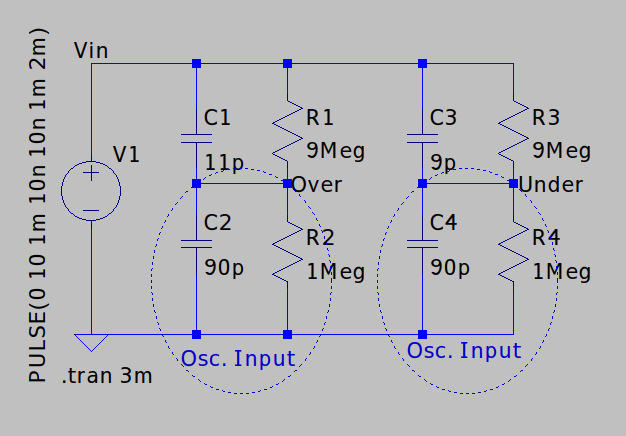 The output is compared with 1/10 of the input (so, it is not above the input): 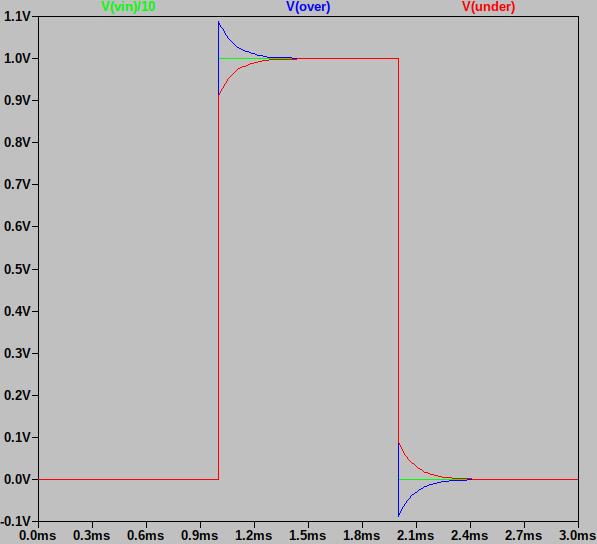 The smaller capacitor at the probe is adjusted to match the voltage ratio determined by the resistance of the 10x probe (9M) and the oscilloscope input (1M).

As for the frequency response, considering only these characteristics and not the others that go beyond your question, you can consider the 10x probe as a voltage divider that deviates from its DC ratio as frequency increases, if not compensated properly. 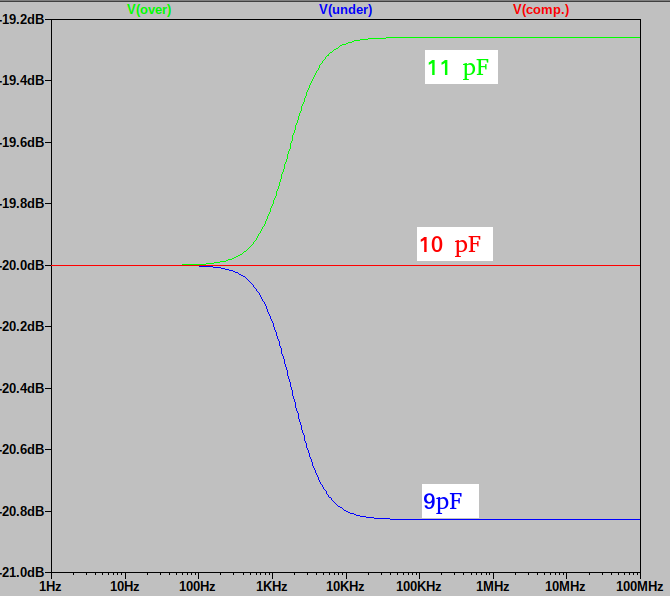 The variable C on the probe is to compensate for the tolerance the dielectric shunt capacitance of the 10:1 probe.

The first diagram is amplified but shows the effect of excessive differentiation from high variable C in series to the 9C cable shunt capacitance. They intensionally use higher impedance probe coax and thus higher L/C or lower C for a given length to reduce the size of the tiny variable C/9. Thus the total probe load is the scope impedance x 10 with ~C/10 with both C’s in series to the load. You get C/10 by = (C/9 * C ) / ( C/9 +C) = C-probe for DSO input= C

Thus 1/(9+1) ratio of C’s is called a 10:1 capacitance transformer just like inductive turns ratio transformers is for low frequency, thus is just for high frequency balancing with the R ratios of the same in parallel with C’s. Except the probe is 9M and the DSO is 1M also with some capacitance. So the probe must be rebalanced if used on a different scope using to provided test port with a square wave.

Another variable is the ground lead inductance which will cause ringing near 20 MHz assuming ~0.5 to 1 nH were lead length resonating to probe coax capacitance .

It gets a bit more complex than this as explained by TEK and HP on probe designs but essentially you get a high impedance matched 10M to 1MOhm broadband voltage divider.

1
why does a x100 oscilloscope probe grant a wider bandwidth than a x10 probe
3
Using oscilloscope to measure voltage across a resistor
0
Why is mains voltage showing up on my oscilloscope from MagSafe shield?
3
Scope probe having ringing with 10x option
11
Good uses for 1:1 probe
1
Probe circuit for measuring higher voltage on oscilloscope?
1
How to measure high frequency with an oscilloscope without loading circuit down too much?
1
Oscilloscope design question
1
What is the point of the following capacitors?