How to stop ESP32 resetting when motor starts?

This is my first post here and I'm new to electronics. I am trying to control a motor using an ESP32 Cam. See attached image for a rather crude schematic. The power supply is rated for 2.4A. I am using a 12v DC 5rpm worm gear motor like this DC 12V Worm Gear Motor .

When the motor starts, the ESP32 resets (I figured this out by making the ESP blink on startup). Meanwhile the motor continues spinning without interrupt (I have ESPHome on the ESP32 and treat 2 GPIO pins as interlocking switches [only one can be on at a time]).

From reading online, it seems like the surge on motor startup may be causing a voltage drop on the ESP32 (potentially called "brownout") causing a reset. How can I prevent this in a simple way?

I found that if I put the motor on a different power supply, the issue is fixed, but I'd rather not use two power supplies. 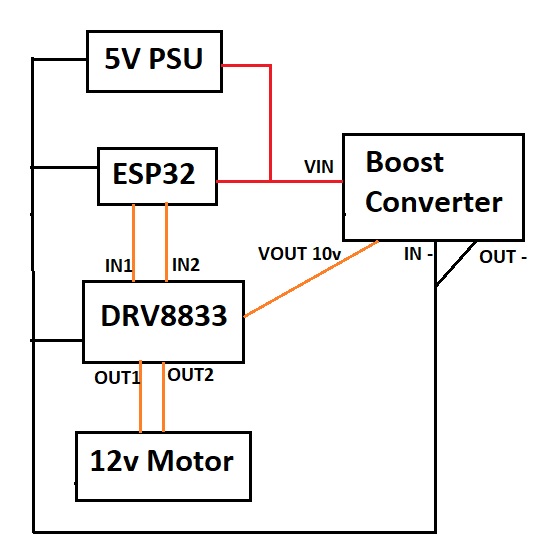 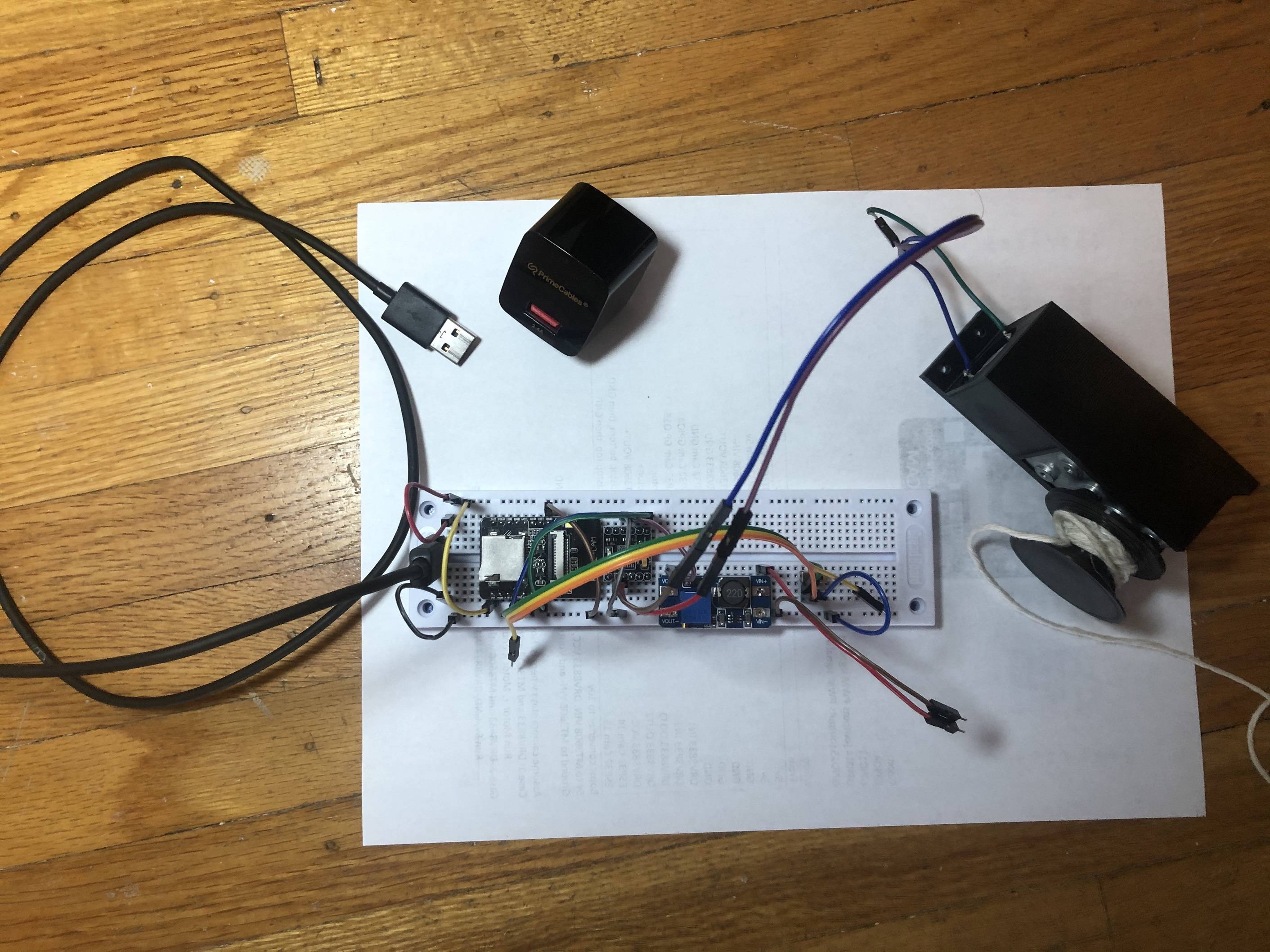 Many thanks to the people who have posted here, @winny, @vir, @bobflux, and @thebusybee. I've implemented the PWM acceleration method, which works. There's a loud high pitched whining sound, at the mid-range PWM values that goes away once the motor comes up to speed. Audio available here: https://streamable.com/3xgxy0

These solderless breadboards have pretty high contact resistance, so if you run any serious current through that, voltage will drop.

So you should really be using wires for your high current power supply, and solder them to the boards. For the ESP32 it doesn't matter, but for the motor it does.

Using boost for a motor is asking for trouble. It would be more logical to have a 10V supply for the high current stuff, and a buck converter to power the Pi from that. Also if your 10V drops a few volts under load, it started from 10V so there's still enough to run the Pi. With 5V, less margin.

The motor will draw 10x that when starting, and multiply by 2 since you're boosting from 5V. If the boost outputs 10V 1A, it will consume 2A from 5V. Output power comes from input power, and power=VxI, so if you want 2x more Volts on the output, you get 2x more Amps on the input. For a buck, same rule applies, output power comes from input power, but output voltage is the lower one, which means input current is lower than input current.

"Decoupling capacitors". I have a bag of assorted electrolytic capacitors. Which should I use and where do I put them?

There are plenty of small decoupling caps on your board, but you can put a large electrolytic on the power supply.

PWM - gradually apply pwm to bring motor up to speed.

Would this work with my circuit, with pwm before the boost converter?

The boost should be always on, powering the DRV8833 board which controls the motor.

DRV8833 has a PWM input, this is the one you should use to gently start your motor.

I suggest the PWM since you've got a micro running it anyway. You'll still need a capacitor but not a ludicrously-sized one. If you're trying to run it off of a USB converter with a probably 28AWG USB cable your starting surge is going to swamp it if you try to start up at full speed.

Not the answer you're looking for? Browse other questions tagged microcontroller voltage capacitor motor esp32 or ask your own question.

40
Is there an ideal PWM frequency for DC brush motors?
0
How to prevent a battery powered microcontroller(ESP32) from reseting when motors start running?