Having experience in shaping custom solar cells, a colleague made me question my basic understanding of photovoltaic operation recently. He pointed out that a so-called Short Circuit Current in a solar cell conventionally appears at zero voltage between the cell's terminals. Given that the current is a flow of charges where voltage is the driving source—it becomes unclear how to interpret the Short Circuit Current at no voltage.

Through the web search, hypotheses to understanding this controversy were suggested:

The question is, how the energy of electrons is not present here in the form of voltage if the voltage is directly derived as the energy (per charge)?

The questions are: if it's true that the internal p-n junction's electrostatic potential is the driving source for the charges to flow, and if so, what defines the cell's output voltage, like in between zero and Open Circuit Voltage?

The question is if it's true that practical voltage at Short Circuit Current is different from zero (for our cells this is true but we blamed the internal resistance of the power meter)? And if so, how it is possible for an idealized solar cell to have a different from zero current at zero voltage in the light of Ohm's Law (at U=0 the I must be 0)?

We likely miss causation, so point us in the right direction, please! 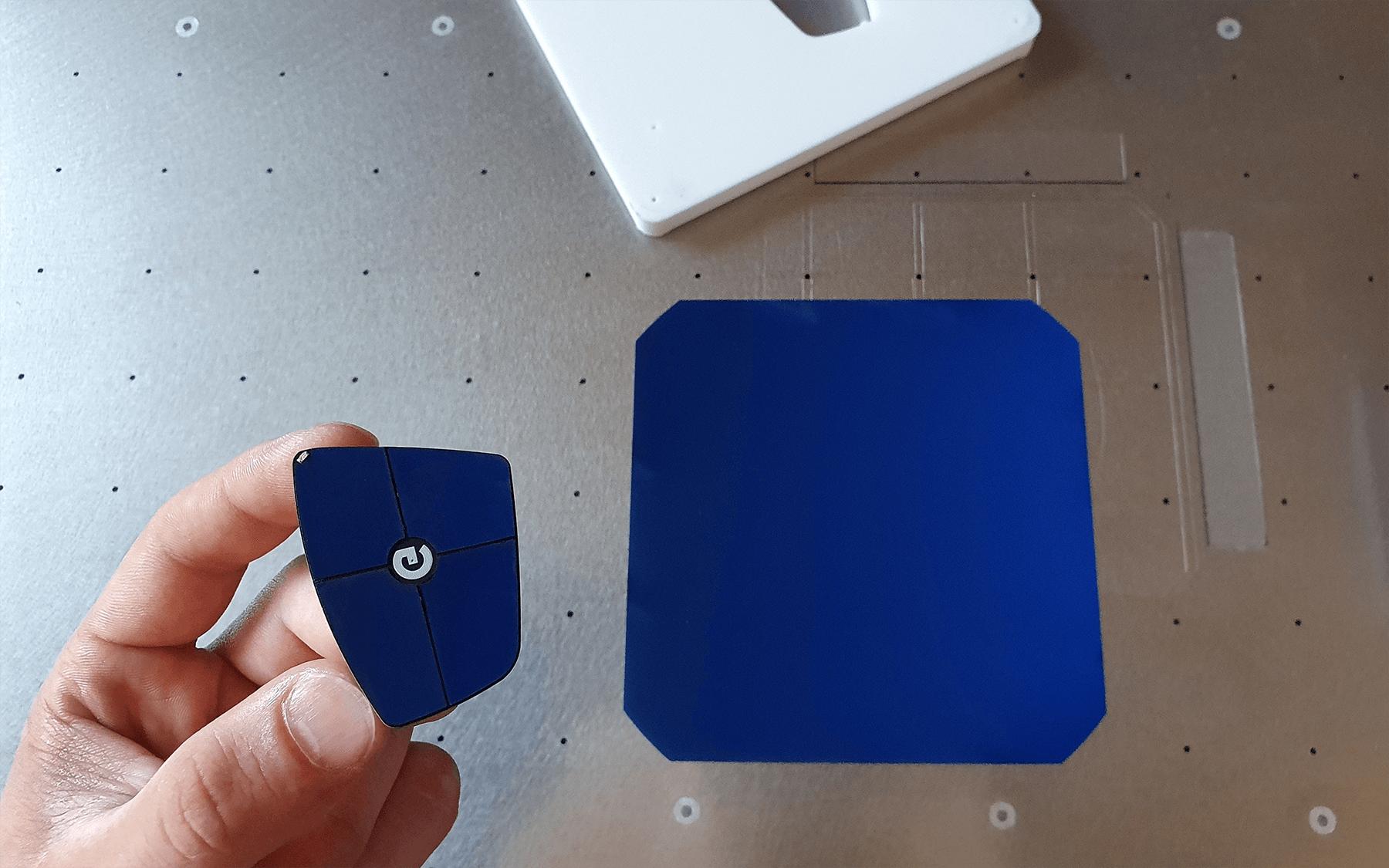 First, thanks to all the contributors who provided a great view on the question. Thanks to this, my understanding of the operation of the solar cells (and semiconductors along with general circuits too :) has been updated as follows:

The built-in potential seems to be the function of majority carriers' concentrations on the edges of depletion region (https://ocw.tudelft.nl/wp-content/uploads/Solar-Cells-R4-CH4_Solar_cell_operational_principles.pdf). At the first "contact" of p and n semiconductors there would be no potential yet, but it establishes through uncompensated diffusion.

Under darkness, the established p-n junction is at equilibrium mode, when further diffusion of majority carriers is compensated with the rise in the electric field, preventing this action. Thus, the built-in potential is rather static, not allowing electrons to flow at established equilibrium, and cannot be measured by the voltmeter.

Under illumination at short circuit mode, the built-in potential of majority carriers is unchanged, the minority carriers separation keeps occurring, devise functions as a current source regardless of zero voltage drop across its terminals.

It would be great if someone with sharp knowledge could confirm or refine this understanding further. Thanks!

Given that the current is a flow of charges where voltage is the driving source—it becomes unclear how to interpret the Short Circuit Current at no voltage.

The question is, how the energy of electrons is not present here in the form of voltage if the voltage is directly derived as the energy (per charge)?

The question is, is it true that practical voltage at Short Circuit Current is different from zero

No. The voltage across a short circuit (0 \$\Omega\$ resistor) is 0, even though current flows through the short circuit.

I believe you are still making the mistake of considering a semiconductor as a metal. In semiconductors you can have a current without a 'causing' voltage. It's called diffusion current and it's at the root of the workings of all PN junctions, hence all semiconductor transistors, diodes, and solar cells. All you need is a gradient in carrier concentration, the thermal agitation at any T>0K will do the work for you.

Even the built-in voltage that 'separates' the charges released by photon interaction within a semiconductor junction is a result of the different concentrations in the p-doped and n-doped materials. In a way you could see that voltage as well as 'caused' by the thermal (IR) photons that hit the junction at ambient temperature. At thermal equilibrium you get a built-in voltage with diffusion currents in differently doped materials going both ways through the junction - hence zero total current (internal or external, it's the same). Does it strike you as equally odd that inside a diode you can have a voltage without a net current?
The built-in voltage is not visible from the outside because to read it with a voltmeter you would need metal contacts that, at thermal equilibrium, will end up compensating it with an equal and opposite voltage. (If it were not so, we would have a perpetuum machine and the second law of thermodynamics would not be happy).

I don't want to start another row about "voltage causes current" vs "current causes voltage", so let me quote verbatim (only the emphasis is mine) a passage from Millman's "Electronic Devices and Circuits" (1967), p. 588:

An alternative (but of course equivalent) physical explanation of the photovoltaic effect is the following: In Sec. 6-1 we see that the height of the potential barrier at an open-circuited (nonilluminated) p-n junction adjusts itself so that the resultant current is zero, the electric field at the junction being in such a direction as to repel the majority carriers. If light falls on the surface, minority carriers are injected, and since these fall down the barrier, the minority current increases. Since under open-circuited conditions the total current must remain zero, the majority current (for example, the hole current in the p side) must increase the same amount as the minority current. This rise in majority current is possible only if the retarding field at the junction is reduced. Hence the barrier height is automatically lowered as a result of the radiation. Across the diode terminals there appears a voltage just equal to the amount by which the barrier potential is decreased. This potential is the photovoltaic emf and is of the order of magnitude of 0.5 V for a silicon and 0.1 V for a germanium cell. The photovoltaic voltage Vmax corresponds to an open-circuited diode, if I = 0 substituted into Eq. (19-10), we obtain

Since, except for very small light intensities, Is/Io » 1, then Vmax increases logarithmically with ls and hence with illumination. Such a logarithmic relationship is obtained experimentally, as indicated in Fig. 19-25a. 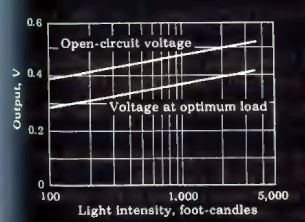 When you load the cell with a resistor R, you are in the fourth quadrant of the V-I plane, in photovoltaic mode. The current and voltage that are common to the cell/photodiode and the load resistor (there could be a difference in sign due to the different convention for passive or active two-ports) is the intersection of the photodiode and resistor characteristics like so: 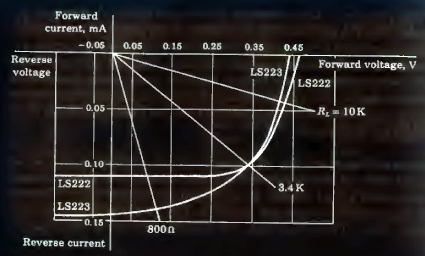 Photovoltaic mode in the fourth quadrant. Source: Millman, as above

All of this falls neatly in place when you look at the equivalent circuit of a solar cell (here shown with shunt and series resistances that represents losses and parasitic effects, and with the addition of a variable load resistor):

Once you accept that the current source depends on the illumination, you see that no matter what the load resistance is, you cannot exceed the voltage drop of a diode as far as the voltage 'supplied' go. And the maximum current you can get is that for the load R = 0, which will shunt the diode voltage to zero as well.

So, to get to the point of your question: voltage and current are a consequence of the illumination. Don't be surprised if one can be zero while the other is not.

As a side note, with the convention for the current I in the above equivalent circuit, we are looking at the V-I characteristics with the I axis inverted. The device should then be described by this equation (again I am neglecting the losses associated with the series and shunt resistors):

and the characteristics we've seen above will be shows in the first quadrant, like this 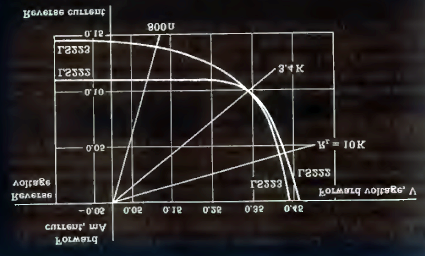 Now the load resistor characteristic is the well know line in the first quadrant.

Not the answer you're looking for? Browse other questions tagged current solar-cell short-circuit or ask your own question.

0
Converting Short circuit solar cell (5v to 50mA)
1
Equation for a capacitor charged by a decaying current source (solar cell)?
2
About a solar cell phone charger
2
Why are my solar cell currents not adding up?
2
How does voltage output of a solar cell increase/decrease?
1
Why doesn't light destroy the PN junction voltage gradient in a solar cell?
1
Measure power of solar cell with an esp8266
0
Confusion regarding the I-V characteristics of a solar cell
0
Solar cell understanding of current vs applied voltage