I’m trying to find a mosfet that will let me switch a 12-14V source from a car battery to ground using a 3.3V micro controller with minimal resistance added. I believe I understand that the gate voltage needs to be 3.3 V or less and it needs to be an n mosfet, but I’m not really sure what I need apart from that when I look at specs on component websites. Any help is appreciated. Let me know what other info is needed because I don’t really even know. My electrical skills are almost exclusively with automotive applications, so MOSFETs are pretty far out of my realm.

The goal here is to replace the ignition functions of my engine computer (which has failed) with a secondary computer. I will be putting resistors into the normal circuit to act as dummies to fool the original computer into thinking it is still hooked up. I’m then planning on driving 9 components with the mosfets: 6 fuel injectors and 3 ignition coils. If I remember correctly these injectors are around 12 ohms and coils .8 . The positive side comes from the battery through a relay and fuse goes to the injectors and coils. Then from the coils and injectors I’ll go through the mosfet to ground. I’ll try to draw a schematic of what I am going for in a bit. Mosfet seemed like the way to go but if there’s a better option let me know. I need something that switches very quickly and isn’t too expensive or likely to fail.

Honestly I may need to do two different setups: one for the injectors where the amps are gonna be decently low and one for the higher amp coil circuits. Just needs to be fast switching and would like it to be as simple as possible. 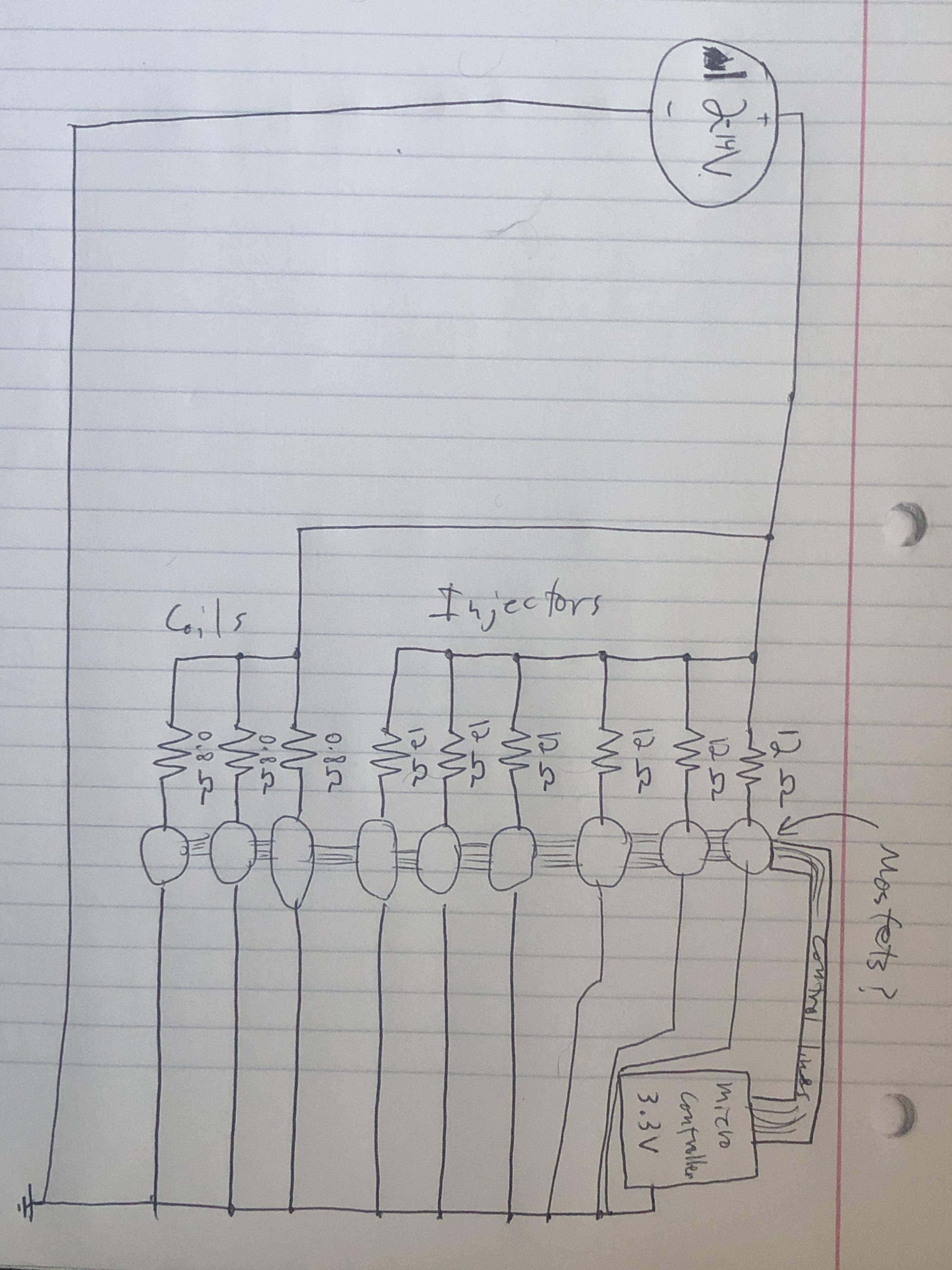 Your question seems to be about how to drive N-MOSFETS with signals coming from a 3.3V micro-controller.

Most usually, MOSFET are driven so they’re either ON with a very little resistance between drain and source (noted Rds), or they’re OFF, with an almost infinite Rds. To be ON, a N-MOSFET needs the Gate voltage to be higher than the Source voltage. Voltage between Gate and Source is noted Vgs.

How high Vgs needs to be for a N-MOSFET to turn ON?

The characteristic of Rds and Vgs is to be found in transistor’s data sheet. Often they show the Admittance rather than directly the Rds. This is an example from IXTA80N10T: 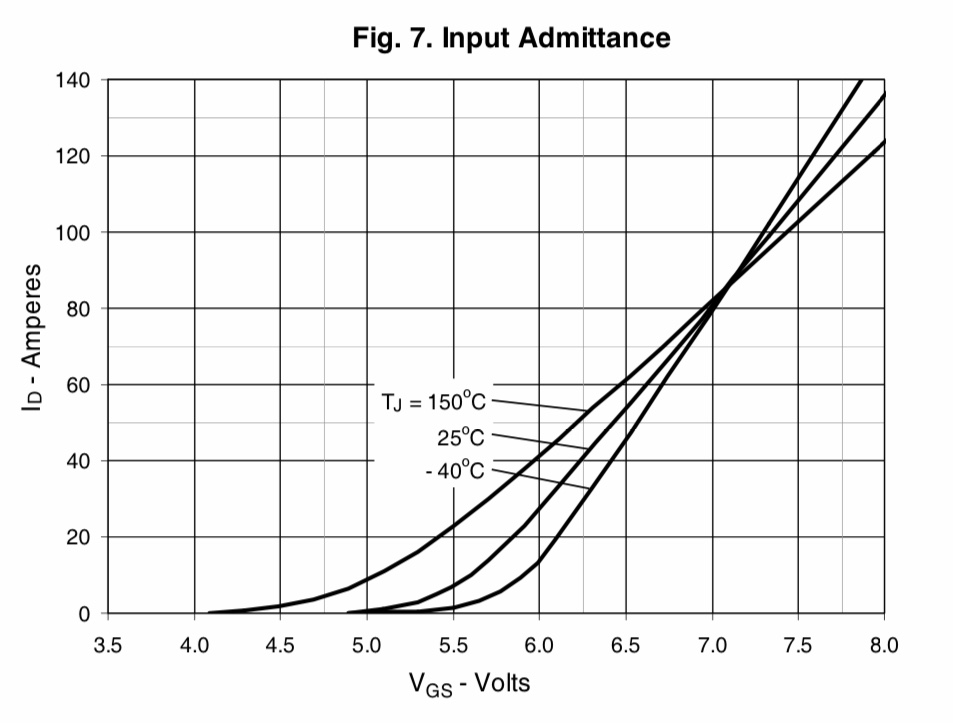 The Vgsth of this model is between 2.5V and 4.5V, and it is where the curves starts, but to really turn ON the transistor you better be close to 6V.

This poses an obvious problem when your micro-controller can only output 3.3V, but before solving this, you have to decide if your N-MOSFET is going to be in High Side or Low Side configuration:

Depending on your configuration:

The circuits to solve these problems are called “Low Side Driver” and “High Side Driver”, respectively:

To correctly select the appropriate High or Low Side driver, pay attention to:

There are two families of drivers:

Also, as Lundin mentions in his comments, "there's a special category referred to as "smart" high side drivers. These have all manner of protection mechanisms built-in, to make them extra rugged (undervoltage, overvoltage, overcurrent, overheat etc). And specifically designed for 12V or 24V applications".

Not the answer you're looking for? Browse other questions tagged microcontroller mosfet automotive or ask your own question.

14
Is this a good design for MOSFET H-Bridge?
0
Sense Automotive 12V Circuit from 3.3V microcontroller safely
2
Basic 12V Step-Start Circuit For Automotive Fans: Troubleshooting
4
5V 5A rail controlled by 3.3v microcontroller - dual switching or power mosfet?
1
N03L Mosfets for LED strip driver
1
Protection against back EMF
2
How to mitigate voltage spikes when turning car ON?
0
Can I use MOSFET as replacement for the SSR or EM relay?
2
Driving Ignition Coil with Microcontroller