Why does this UART Daisy Chain keep frying?

My team and I are creating a project where a sensor board is controlled by two Arduino Nano's, connected using a UART daisy chain. Whenever the board is turned on using a USB connection, the Arduino's and their sensor function normally. But when the 12v source is added, the programmer (or something else inside of the Arduino) of the Nano breaks. We are powering 16 leds and 16 tcrt5000's with these two Arduino's.

I've added a schematic below. 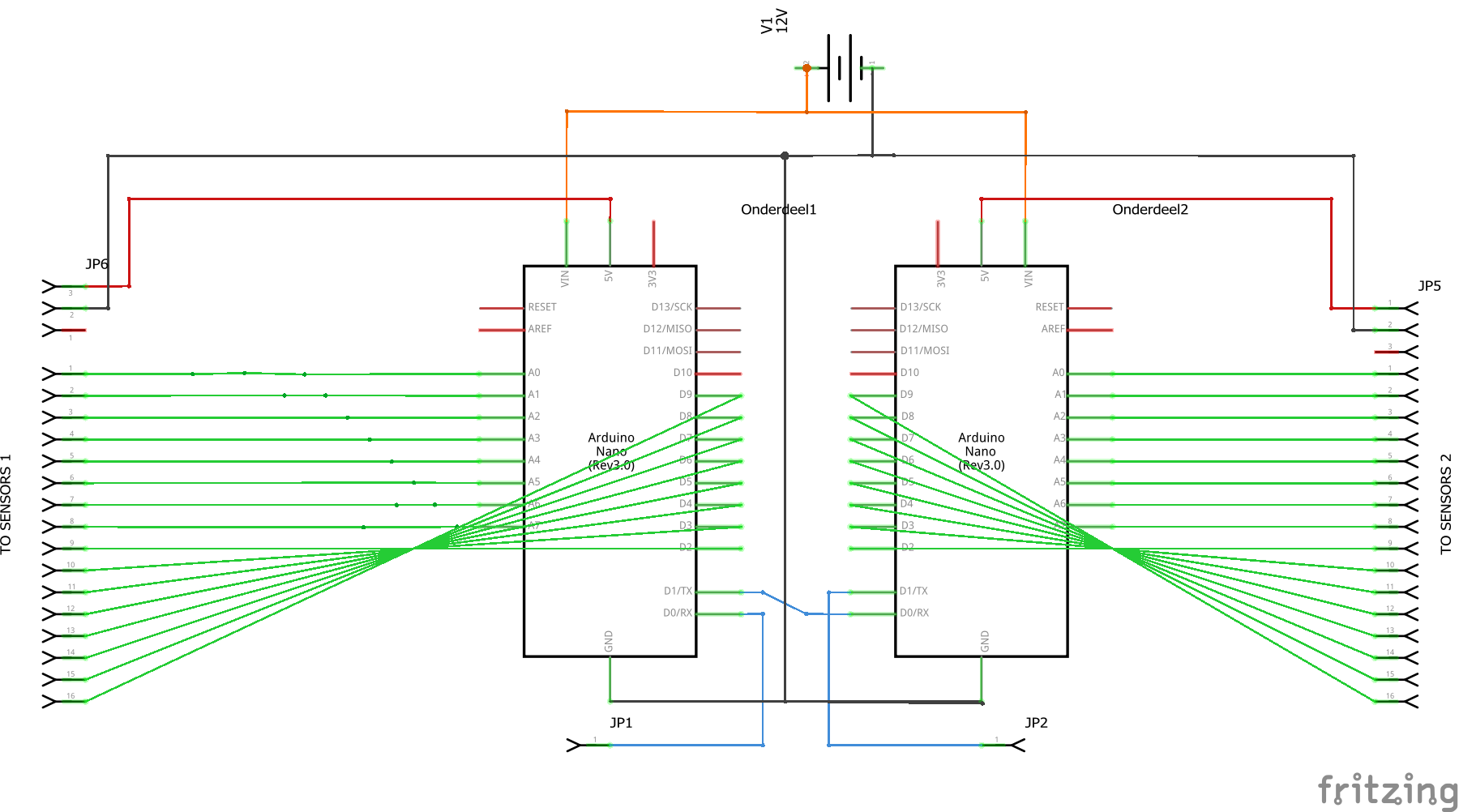 First of all, I'd like to add something: the two nano's have their own regulators. If I take out one of the two nano's and plug in the source, it runs fine. The LEDs and the Sensors work normally. If I add the second one, it breaks down.

Second, to clear up, I've added a picture of our setup by adding the design of the PCB. 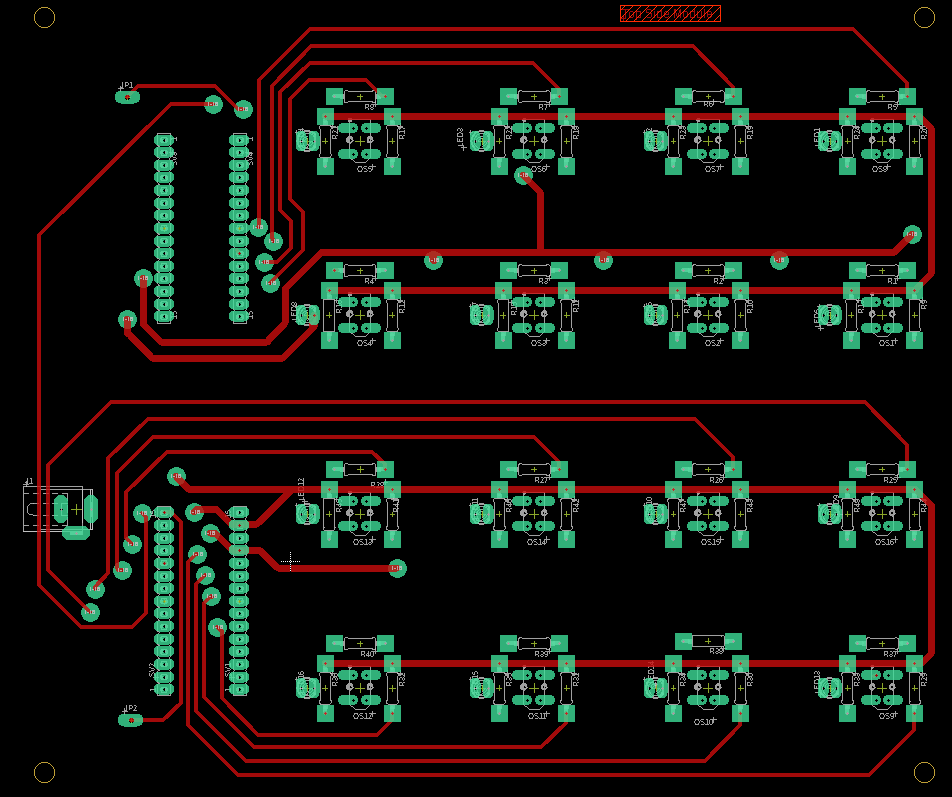 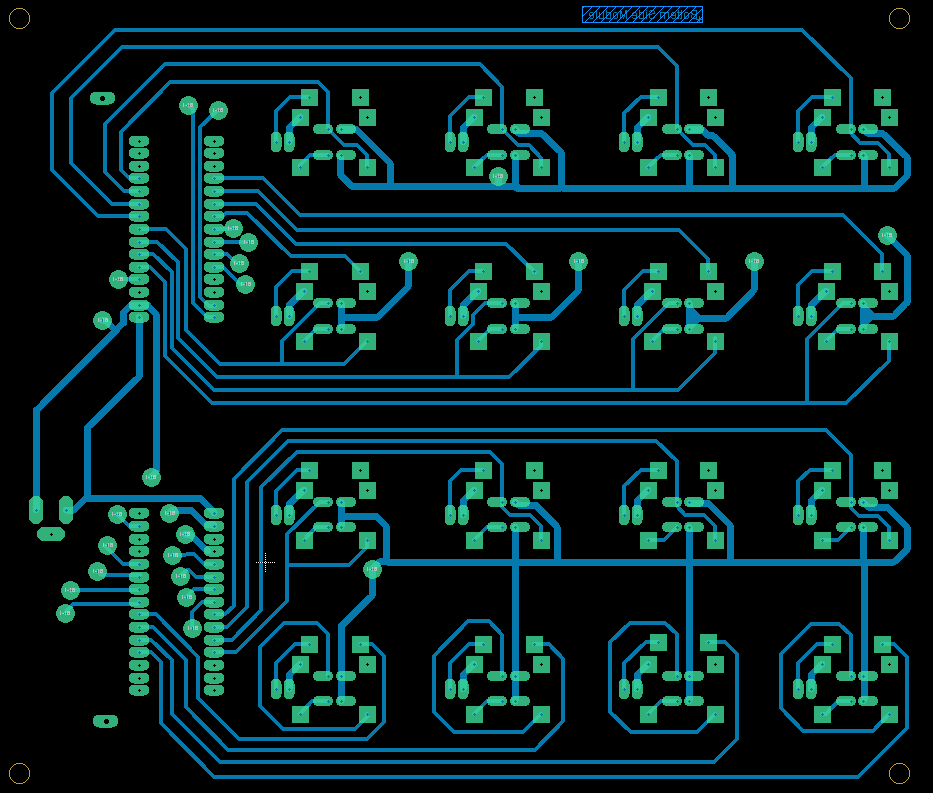 To be specific of the burned down Nano's: After plugging in both nano's and plugging in the source, the two nano's were not controlling the LEDs. After removing the power, getting burned by the hot regulator and hot pins from the Atmel, and plugging it into my laptop, I couldn't get the code to upload again because of a "Programmer not responding" Error. It seems like something inside the programmer got fried. I just don't understand how.

My guess is the Nano's voltage regulator overheats as you are feeding it 12V. It has to drop that down to 5V and it does it by wasting the energy as heat. Get yourself a 12->5V buck converter power supply board and use this to generate the 5V from your batteries. Your Nanos will thank you. The power supplies are commonly called a LM2596 adjustable buck. stroomvoorziening

If each LED and each Reflective Optical Sensor consumes 20 mA, that's a total current of 640 mA and the poor internal regulator on the nano is going to rapidly heat up and might shut down or, worst still, destruct.

It's not meant to be used with this amount of abuse because it is a linear regulator and will dissipate a lot of power (heat) in making the 5 volt rail from the 12 volt input supply: - 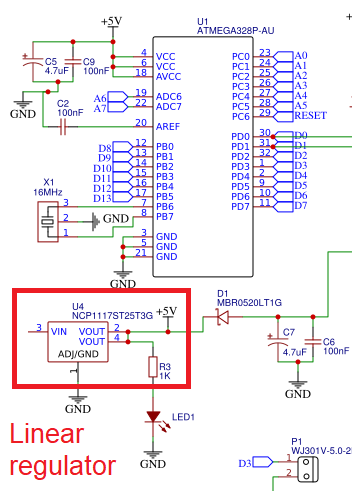 The NCP1117 is just not man-enough to supply this current and drop 7 volts across itself (about 4 watts dissipated).

Not the answer you're looking for? Browse other questions tagged arduino uart or ask your own question.