Modern power FET's can be unreliable in some linear applications due to thermal instability causing die hotspots and premature failure. This is called the Spirito effect. How do Silicon Carbide devices compare ?

If you have a particular SiC MOSFET you are considering, then look in the data sheet for this graph (example taken from a Cree CMF20102D SiC MOSFET): - 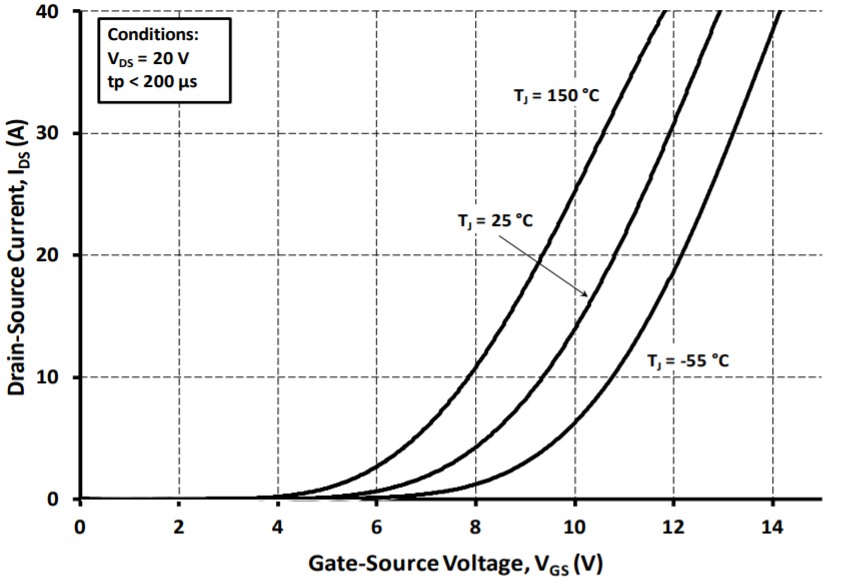 Evidence: if you apply a gate source voltage of 8 volts, you might expect to see a drain current of about 1.5 amps at -55°C. As the MOSFET inevitably warms to 25°C, the drain current will rise to about 4 amps and, of course, the SiC MOSFET would start to more rapidly warm.

At 150°C the drain current is about 11 amps and you are going to get rapid device destruction if this isn't curtailed. So, with a gate-source voltage of 8 volts you can say that the drain current increases by 11/1.5 (7.333) times over the allowable temperature range of the device: - 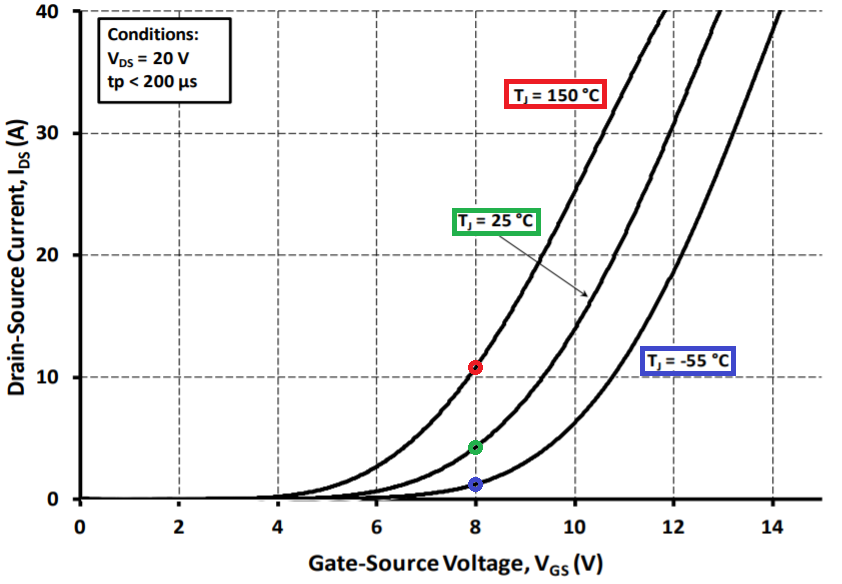 This is a significant clue that the SiC MOSFET I targeted will suffer from thermal runaway if not carefully used. I'm not saying all SiC devices are like this but, several that I've looked at are similar.

On the other hand, at a higher gate source voltage such as 12 volts, the likely range of drain current is from about 7 amps to about 25 amps i.e. a ratio of 3.57. This means the problem gets less as you raise the drive voltage to the gate. But still, regular MOSFETs are more tolerant.

Compare this with an equivalent graph for the IRF3205 (a regular MOSFET): - 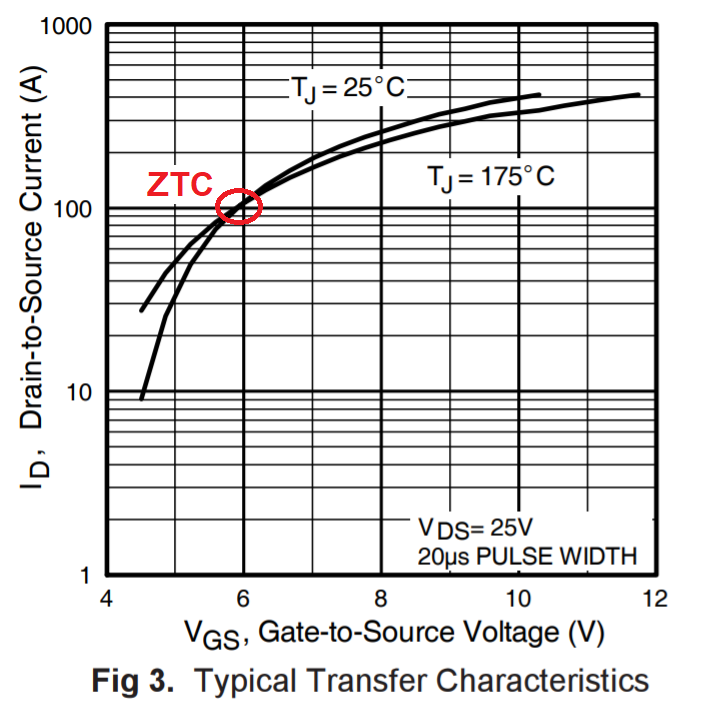 With a gate-source voltage above about 6 volts, this MOSFET will self protect by shutting down the drain current should its temperature rise. Note the circle (ZTC); it's the point of zero temperature coefficient and below that voltage the MOSFET is in its linear region and can suffer some degree of thermal runaway.

The SiC MOSFET data sheets I've seen do not converge to a ZTC point and so it should be concluded that switching applications and linear applications are both susceptible to thermal runaway possibilities.

As far as SiC? Probably, again, depends on structure. Trench devices could have the same hot-spot problem in linear mode due to mismatched cells. You'd probably have to ask the vendors for details.

Not the answer you're looking for? Browse other questions tagged linear reliability or ask your own question.

3
Linear Circuit Analysis: Source Transformation
4
Designing stable PMOS voltage regulator
16
Can a power MOSFET for switching application be used as a linear amplifier?
3
Thermal Stability of Electrolytic Capacitors
1
MOSFET reliability for critical applications
1
Eliminating ghost voltage and breaking ground loops in a system
0
How do I choose a transistor to operate in active/linear mode?
0
Linear inverter