I'm relatively new to KiCad, but I've had some success in the past generating boards and having them manufactured - though admittedly it's been a while.

When I initially generated the netlist from Eeschema, Pcbnew opened to an empty window. I don't mean a blank board, I mean a window with all the editor chrome and options, but no board to edit. 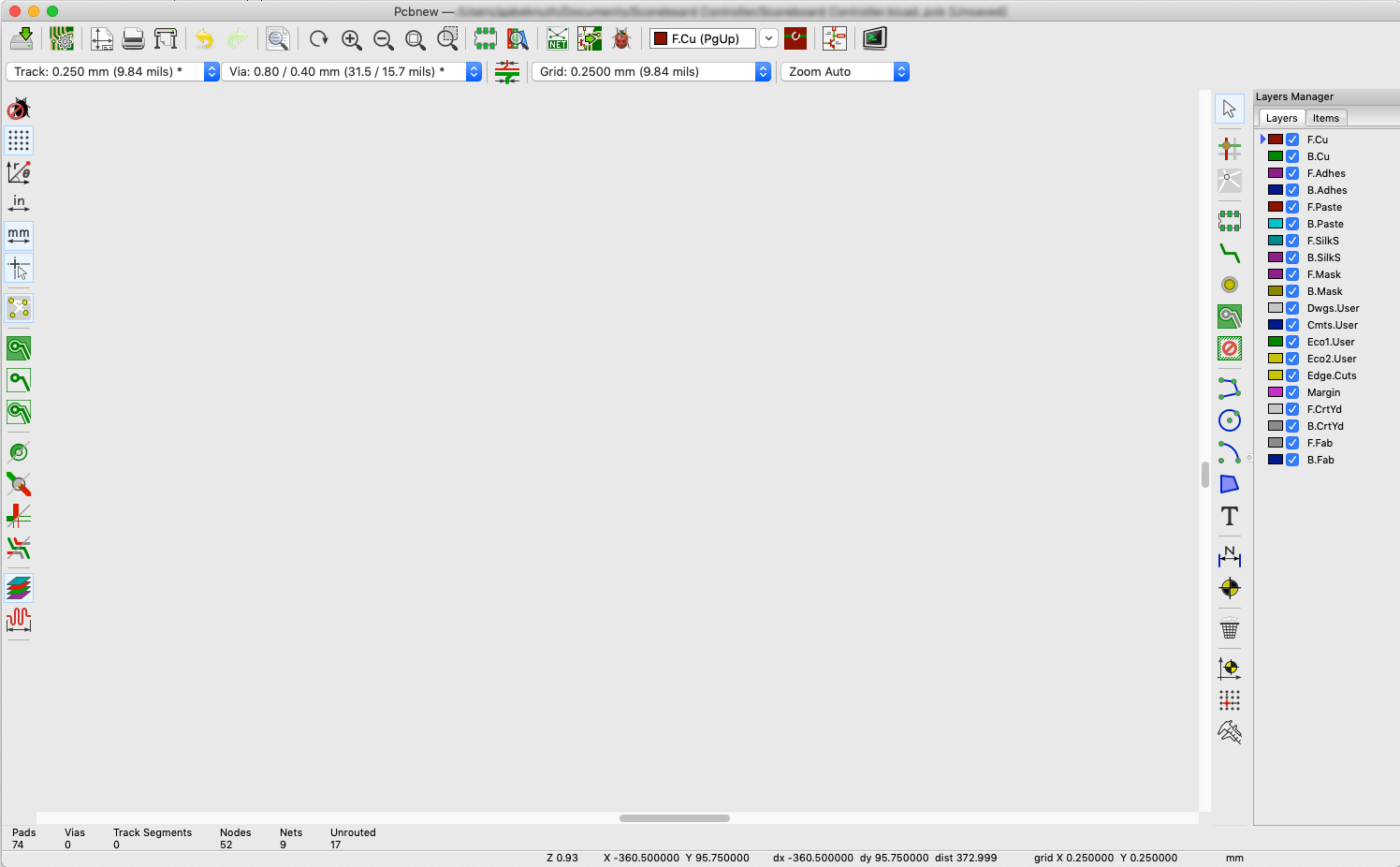 If I randomly click around in the empty window, I can seemingly select parts that are invisible to me, so I think it's there, but I can't see it for some reason. (Note the different details on the bottom of the window) 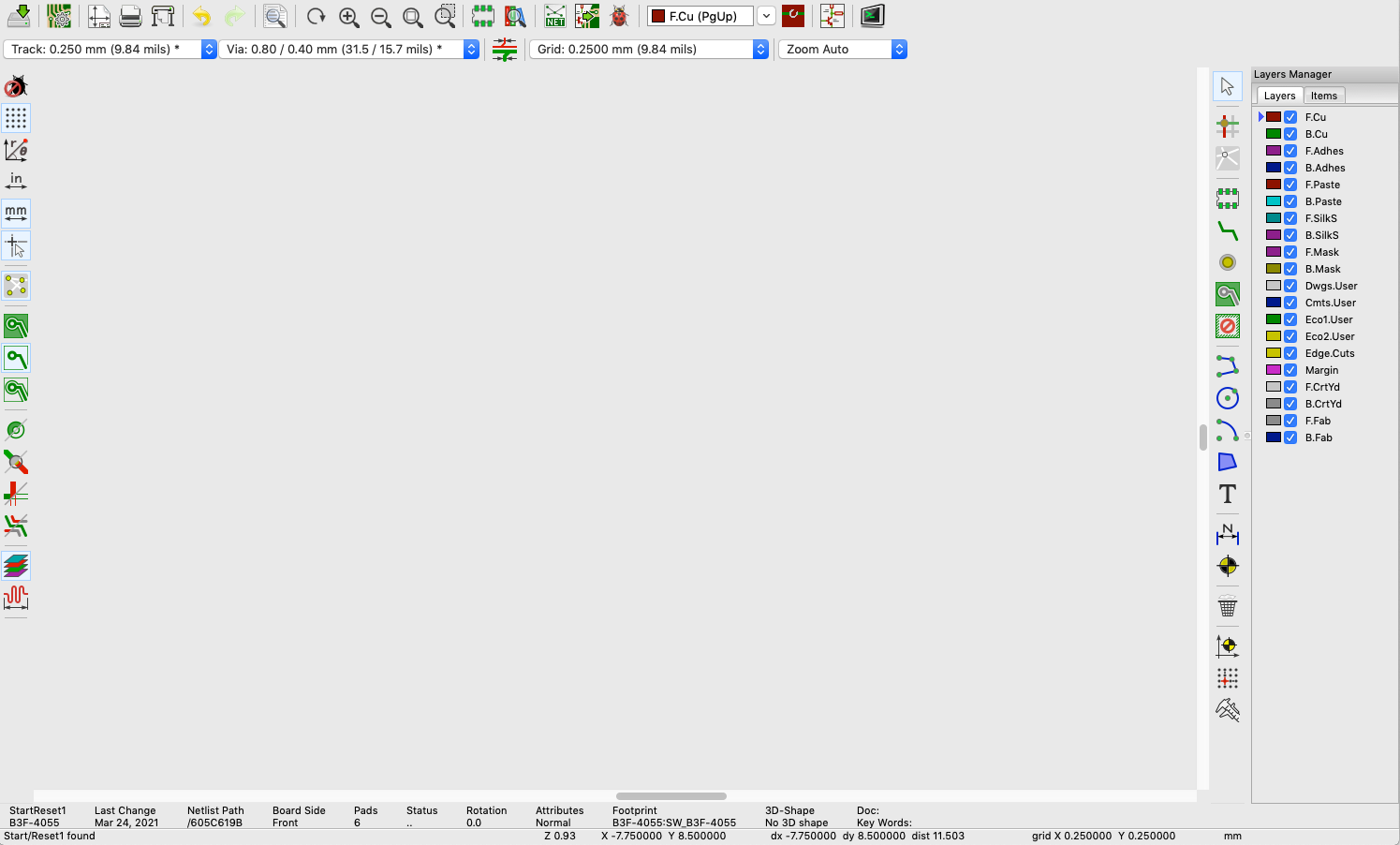 Searching around, I found a similar post here that said to use the Update PCB From Schematic tool. I used the tool, learned that the connector (J1 on the schematic) didn't have a footprint, and assigned a similar footprint that will work for my situation using the Assign Footprints tool in Eeschema.

Now Update PCB From Schematic passes just fine - no warnings or anything - but I still get an empty PCB file. So I'm kind of at a loss here.

Hopefully that's enough info and it's something stupid I'm doing. I attached a few images to show what I made and what I see.

@Arcatus and @user253751 - that was it. I was in Modern Toolset (Fallback), and when I switched to either Legacy or Accelerated, that fixed it.

For those that find this - you'll find those options in pcbnew under the Preferences menu. I'm on a 2015 MacBook Pro 13" running 10.14 in case that matters, too.

Not the answer you're looking for? Browse other questions tagged pcb-design kicad or ask your own question.