I've designed a custom PCB that I'm trying to program through ICSP using AVRISP mkII and I've run into some issues. I'm using Arduino IDE for programming, but I don't think this is relevant. The IDE says that the programming was successful, but the program does not run. I've tried with a few different programs using different pins, all with no luck. I had a different PCB before for the same application and it worked fine. In the second version of the PCB I used more pins on the CPU and thus needed to use the programming pins as GPIOs as well. I have some pull-down resistors on those lines, because they are driving MOSFETs. I suspect these resistors are the problem, but I haven't tried removing them since they are 0402 size and will be hard to solder back on in case I'm wrong. Am I right to think the pull-down resistors are the issue? Is there anything else I've missed?

Here are the schematics where you can see the exact connections. 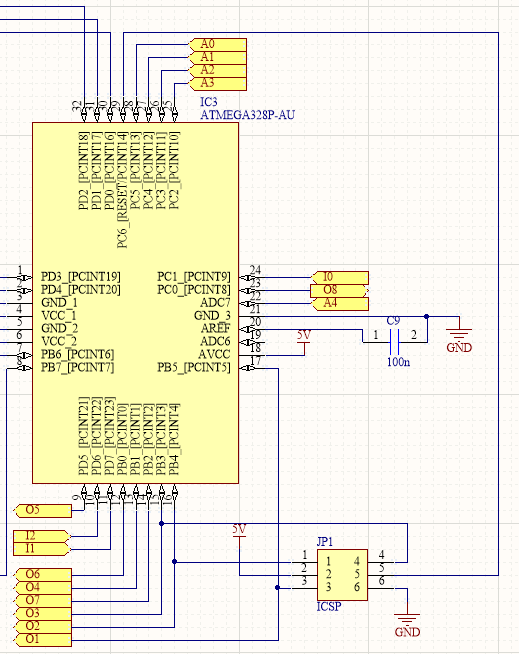 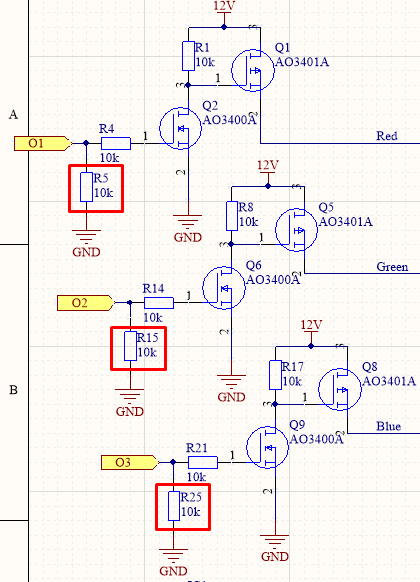 I'll be grateful for any help I receive.

Sorry to say that you are right the problem is with your pulled-down resistors on programming pins. As see in the picture there are mainly 6 pins required for programming Vcc, Gnd, RST, SCK, MISO, MOSI. 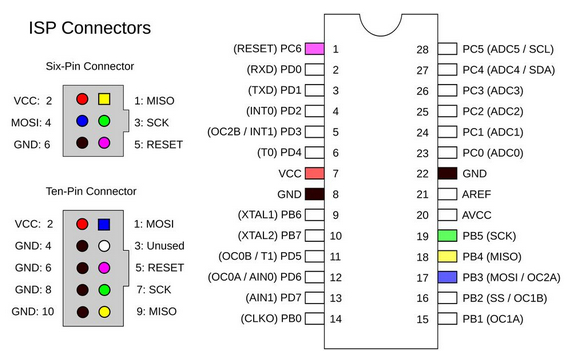 I have faced a similar kind of problem once I have designed a PCB based on ATmega328p and its job was to control few stepper motors and for homing the motor I have used limit switches and back then I have added one of the limits switches to PB4 (MISO) pin of MCU and was using internal pullup for the switch.

So all have tested my PCB all was working well and once while I was programming the limit switch on MISO pin was pressed hence connected to ground then no matter how hard I try to program It was not even detecting my MCU. was using a UABASP to program after 6 hr of debugging I accidentally noted that its due to a switch and after releasing switch to open state all worked well.

So you can try removing the resistor first from MISO and if it worked then great else get ready to remove 2 more resistors and your problem should be fixed after removing 3 resistors.

Also, it's good to have an onboard pull-up resistor on the reset pin.

Last I can see there is a difference in connection that you provided to your ICSP connector than the standards as in the image so hope you have done that intentionally.

Not the answer you're looking for? Browse other questions tagged arduino atmega328p isp icsp or ask your own question.

4
Is this an OK ICSP circuit?
4
What is an easy way to program an ATtiny microcontroller in C without an ISP?
3
I'd like to improve this design to support ICSP
0
Arduino as ISP programming the Arduino, not the connected ATmega328P
11
ICSP or Pre-Programmed Microcontroller
1
AVRISP mk2 clone can program Arduino Uno, but not stand-alone ATMega328P
0
ICSP CLK/DAT & my 2 buttons
1
AVRISP mkII can't connect with target when using an AVR on a breadboard
0
ESP8266 ICSP design: which circuit design guidelines to avoid fails/damages?
2
ATMega328p won't communicate on ICSP