Most voltage regulators have output impedance in the low mOhm range, some also have internal current limiting circuits.

I want to know what the charging curve of a large capacitor might look like when connected to a voltage regulator output with current limiting, if that makes sense.

The inrush current would likely trigger the current limit in reg for a spilt second, as if the capacitor was being fed from higher impedance source, as cap's current draw tapers off and falls below the current limit the remaining charge would be filled up quickly because of the regulators low output impedance.

Seems to me that the charging curve of the cap if measured in this instance would be very different to the typical RC curve. Is this correct?

Yes, the capacitor charging curve would at first have a linear voltage-versus-time section if the charging was initially current limited. Easy to simulate: 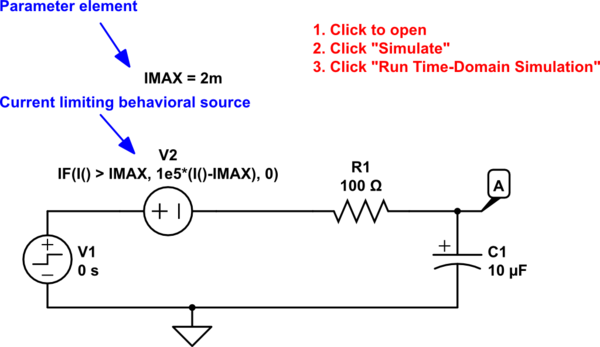 Running a sweep over IMAX at different current limits yields the following plot: 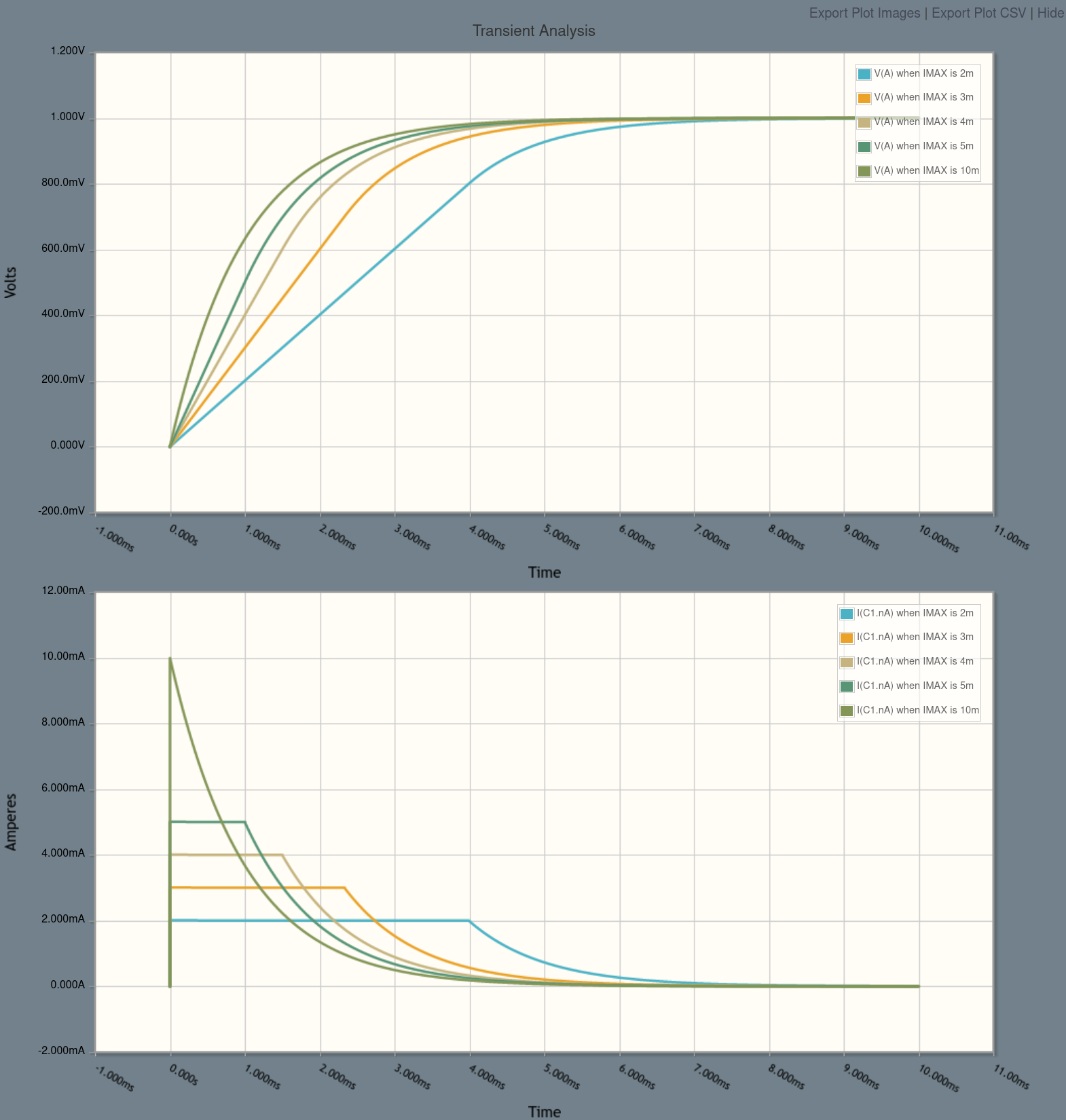 The lower the current limit, the longer the charging is current-limited.

But to answer your question directly, yes, the shape of the curve is distinctly different from the normal RC charging curve.