Why is the range on my IR emitter extremely low

I have built a simple prototype for a circuit attached to a Wemos D1MINI for a DIY thermostat application. I've confirmed that it works (I can turn it on and off from my software), when I hold the breadboard (and thus the LED) very close to my a/c (less than 1 m) but any further and it fails to register.

Unfortunately I'm very new to this but will try to describe my situation as best I can.

The IR led being used is this, I have had no luck finding a datasheet https://www.amazon.co.jp/-/en/gp/product/B07W4JP1YR/ref=ppx_od_dt_b_asin_title_s00?ie=UTF8&psc=1.

Could a different wavelength LED result in a significantly different range? Or do I just need to fashion up some kind of reflector box? As is it's extremely sensitive to direction. Is this all a problem with the LEDs I have or is there something else I can improve? The radiation distance was supposed to be 7 m but I'm getting a meter at best. I'm not really sure what I should be considering when selecting an LED for this application

The other components are an S8050 NPN resistor with the base connected(via 10 kohm resistor) to the D1MINI D2 pin and the collector going to the LED (and 220 ohm resistor which I've added back since taking the photo), the DHT11 in the photo is working fine and not really relevant to the question. Everything is powered(temporarily) off a 9 V battery through a HW-131 power supply set to 5 V.

I have also recreated the circuit without the d1mini, just the npn, resistors and led and I'm getting 1.26v and 22mA over the LED, which should be the correct amounts.

lolin sells an IR shield(which I wanted to avoid using due to size) for the d1mini, which includes https://www.onsemi.com/pdf/datasheet/bss138-d.pdf . This advertises itself as minimizing on-state resistance. A comment has mentioned how the large resistor could cause lag. Would it be reasonable that this lag would be made worse by distance, thus something like this could fix it?

By combining several suggestions from comments this now works.

I still don't entirely understand why this works but I presume it's a combination of higher voltage-> stronger signal and the pulldown resistor cutting it off faster, is this reasonable? Are there any resources I can review to better understand this? 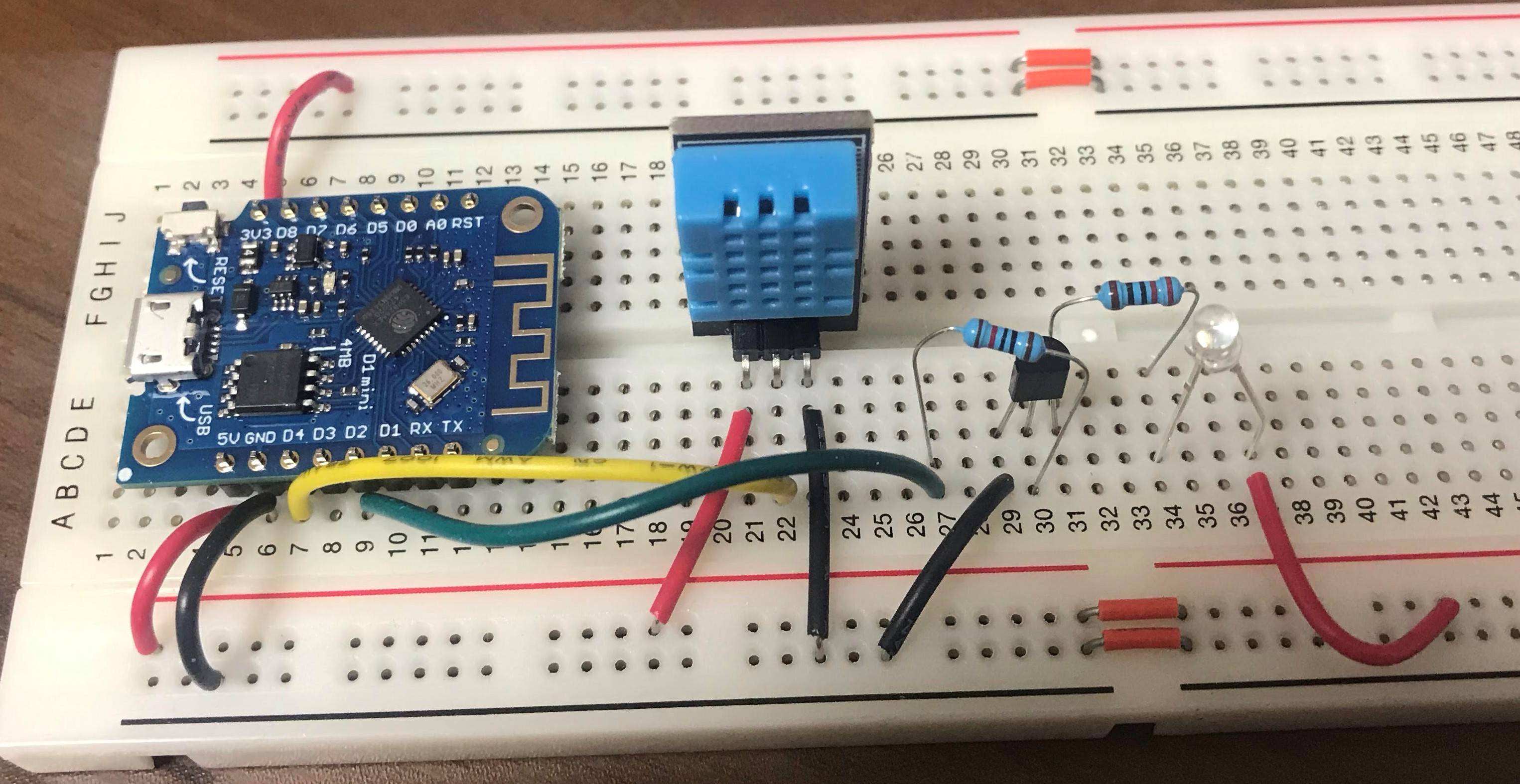 You can try to gradually lower the 220ohm resistor to increase the Led power. Currently it's around 5mA guessing a voltage of 2V,usually leds like this can run at at least 20mA.

If you go too low with the resistor you will kill the Led, but given you don't have a datasheet, it's not a big loss and you can just buy one that you know the characteristics of, eventually of higher power.

If you buy another led of higher power, the 10k resistor will limit your current to about 130mA as the bjt has a gain of 300,you can lower that resistor to 1k if your new led needs more than 130mA.

Yes spectrum is important, you need to make sure the receiver has a good spectral response at your emitter emission peak to have the best sensitivity.

4
How do I calculate Distance between two sensors?
0
Drive IR LED with maximal power (for IR barrier with max distance)
1
(Infrared LED Circuit) Can i use this circuit with 3.3v logic?
5
Which is the phototransistor in Lesson 11 Evil Genius?
1
Stabilizing IR Emitter/Receiver circuits
1
IR beam breaker - range issue
0
Why does my IR receiver spit out random codes when my motor is on?
1
IR Detector with two indicating leds
2
Feasibility of Design: Using a TLC555 to Oscillate Three IR LEDs at 37kHz (schematic, datasheet, and calculations included)