I have a very small TP4056 based li-ion battery charging circuit board. It has integral LED charging status lights, but I would like to add a remote LED to indicate when a battery is inserted and actively being charged.

The TP4050 has an input of +-5VDC and output two connectionsfor the battery under charge.

How could I hook up a simple LED using only the +5V input connections and/or the output connections to the battery so that when the battery is connected and charging is active, the external LED lights ups? I thought about just piggy backing on the internal LEDs, but they are very tiny surface mount devices and I cannot solder to them without most likely damaging the board.

I will just post this comment from above as an answer as handyguy confirmed that it could be useful. Still, somehow drawing out a wire wth the control signal will be simpler of course. 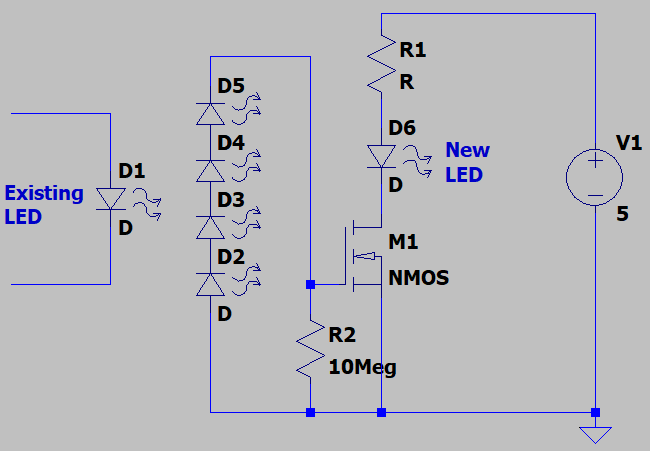 Things to pay attention to:

As mentioned in the comments, it is also possible with fewer parts: 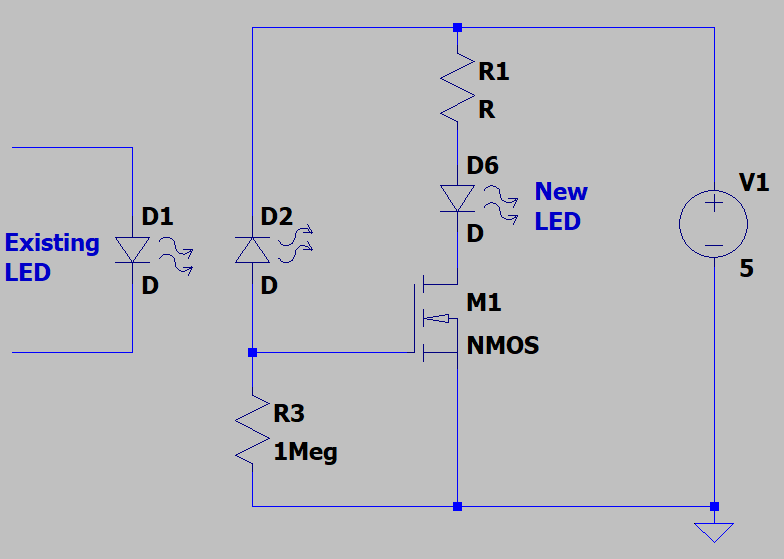 Not the answer you're looking for? Browse other questions tagged led lithium-ion tp4056 or ask your own question.

2
Limiting or reducing current to charge low-capacity lithium batteries
1
Powering circuit directly from USB while charging li-ion battery side by side
1
Li-Ion Battery Solar powered circuit
0
Hooking into Qi charger status LED to power something more
0
How to charge a 4S 18650 (16.8V) battery pack with a 5V USB input source?
0
Charging 4 cells in series with TP4056