Why have both a Schottky Diode and a MOSFET for reverse voltage protection?

I was looking at this open-source power supply circuit for an automotive CANBus device. I am wondering it would include both a Schottky Diode (D1) and a MOSFET (Q1) on the power supply line. My understanding is that both of these are to provide reverse-voltage protection.

Is redundancy of two reverse-voltage devices just that, to have a failsafe? Or do these two devices have different characteristics that make it desirable to have both?

It is from the open-source Macchina M2 CAN Bus network analyzer.

The MOSFET/PNP circuit looks to me more like load-dump over-voltage protection, rather than reverse-polarity protection.
If the input voltage rises much above the D3 zener voltage then Q2 begins to conduct, pulling the PMOS gate up towards its source and switching it off, which cuts off the output. 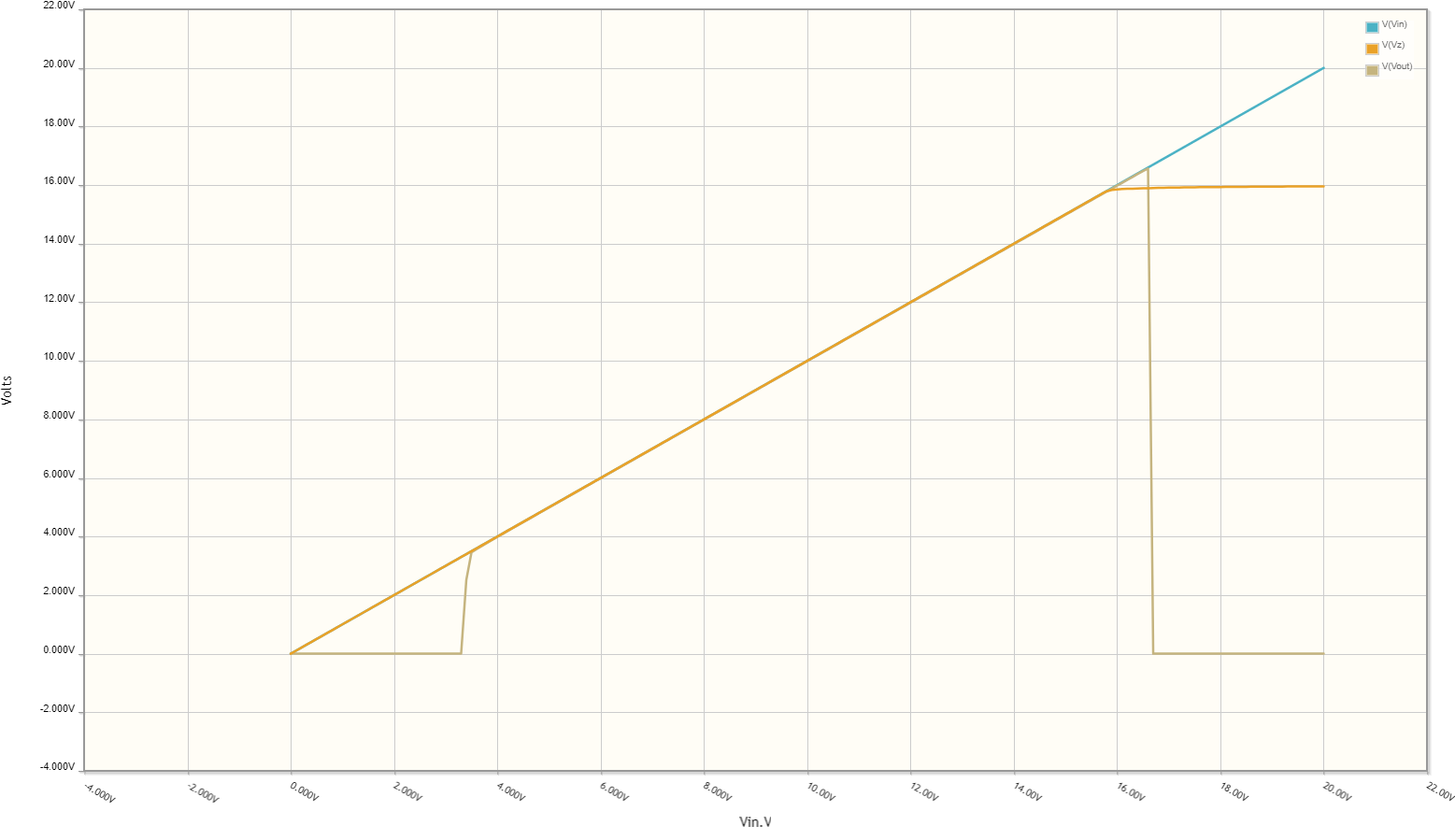 An automotive electrical environment can be really nasty, and 'load-dump' (if you're not familiar with the term) refers to a situation where you may have a heavy load on the electrical system drawing a large current from the alternator, and then this load is suddenly switched off.
The alternator takes a finite time to react, so for some period it's trying to push the same amount of power into the vehicle's electrical system as it was before - but since there's no longer that load drawing a lot of current, the voltage rises - and this voltage rise can be quite significant.

The MOSfet is not configured for reverse polarity protection.

It is arranged so that it will turn OFF on over voltage. So it is over voltage protection.

At voltage below 16V the MOSFET will be turned on by bias through R4.

When the input voltage goes over ~17V the transistor Q2 turns on by current through the zener diode D3. Q3 takes away the bias voltage for the MOSFET and turns it off to protect the following circuit.

The MOSFET does not do reverse polarity protection because of its internal body diode.

Not the answer you're looking for? Browse other questions tagged power-supply automotive circuit-protection reverse-polarity or ask your own question.