This is maybe a silly question, but when a lab bench power supply has 2 output channels that are both adjustable, can each channel be set at a different voltage than the other?

Like this one provided by the link, can channel 1 be set to 24V and channel 2 be set to 5V simultaneously, with both negatives tied together for a reference? 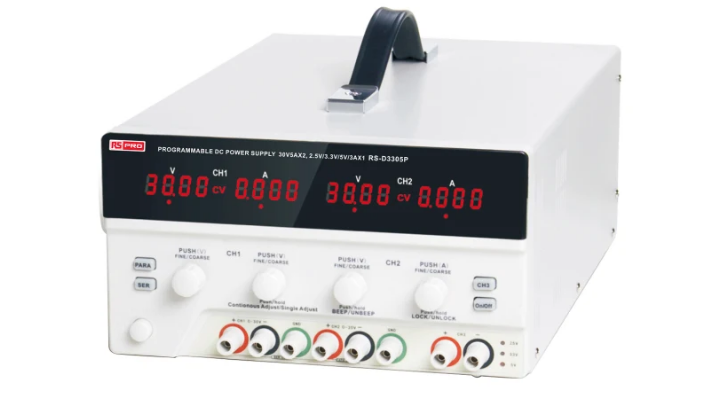 In this particular case, the answer is yes regarding two independent supplies. There are a number of indications to examine. One is that the display shows both channel 1 and channel 2. That's a very strong indicator, as they wouldn't waste the space or cost unless that's exactly what is needed when using the device. Another is that there are separate course/fine adjustment knobs available, for each channel. Finally, you can see separate outputs for each channel. This isn't, by itself, definitive. But usually it is cheaper to just make a single output capable of more current. I'd be very surprised to see that kind of output layout if they weren't separately settable.

In general, when you see separate displays, separate knobs, and separate outputs then you have enough to be pretty sure that the outputs are independent.

The answer is also yes with regard to being able to tie the two negative rails together. That particular supply states that the supplies can be used in series or parallel.

Some power supplies allow "tracking," which just means that you only need to set one of them and the other one will "track" it. This is used for bipolar power supply needs, where \$\pm 12\:\text{V}\$ (for example) is needed. However, you'd need to either check the manual or else do some very careful reading of the front panel to look for indications in order to know if that feature is available. For example, on my Tektronix PS2520G power supply it shows "MASTER" and "SLAVE" underneath the outputs. That's the kind of thing to look for if you hope to get a tracking supply. See picture below: 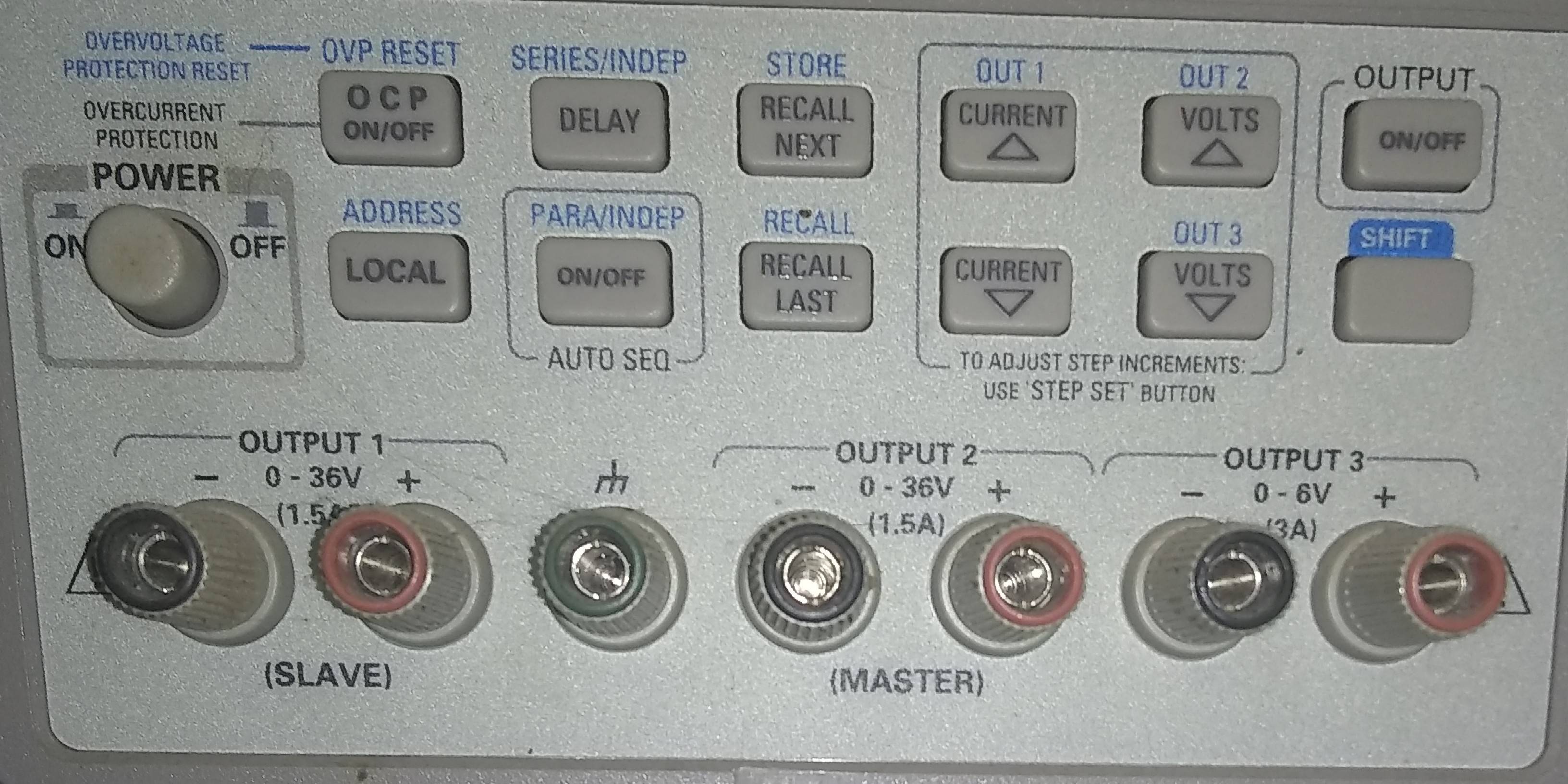 (I used an odd lens effect here. But you can see the labeling easily.) 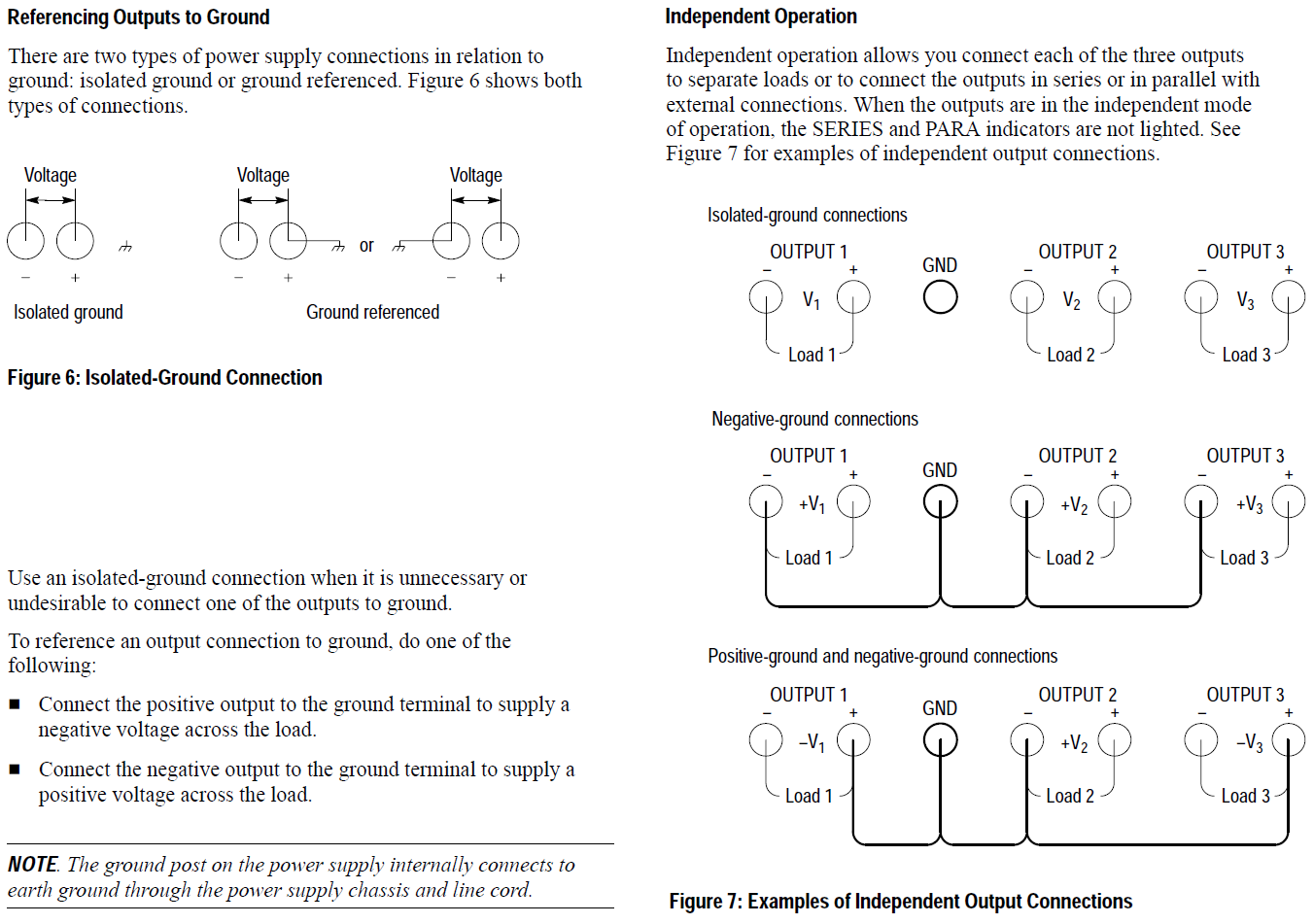 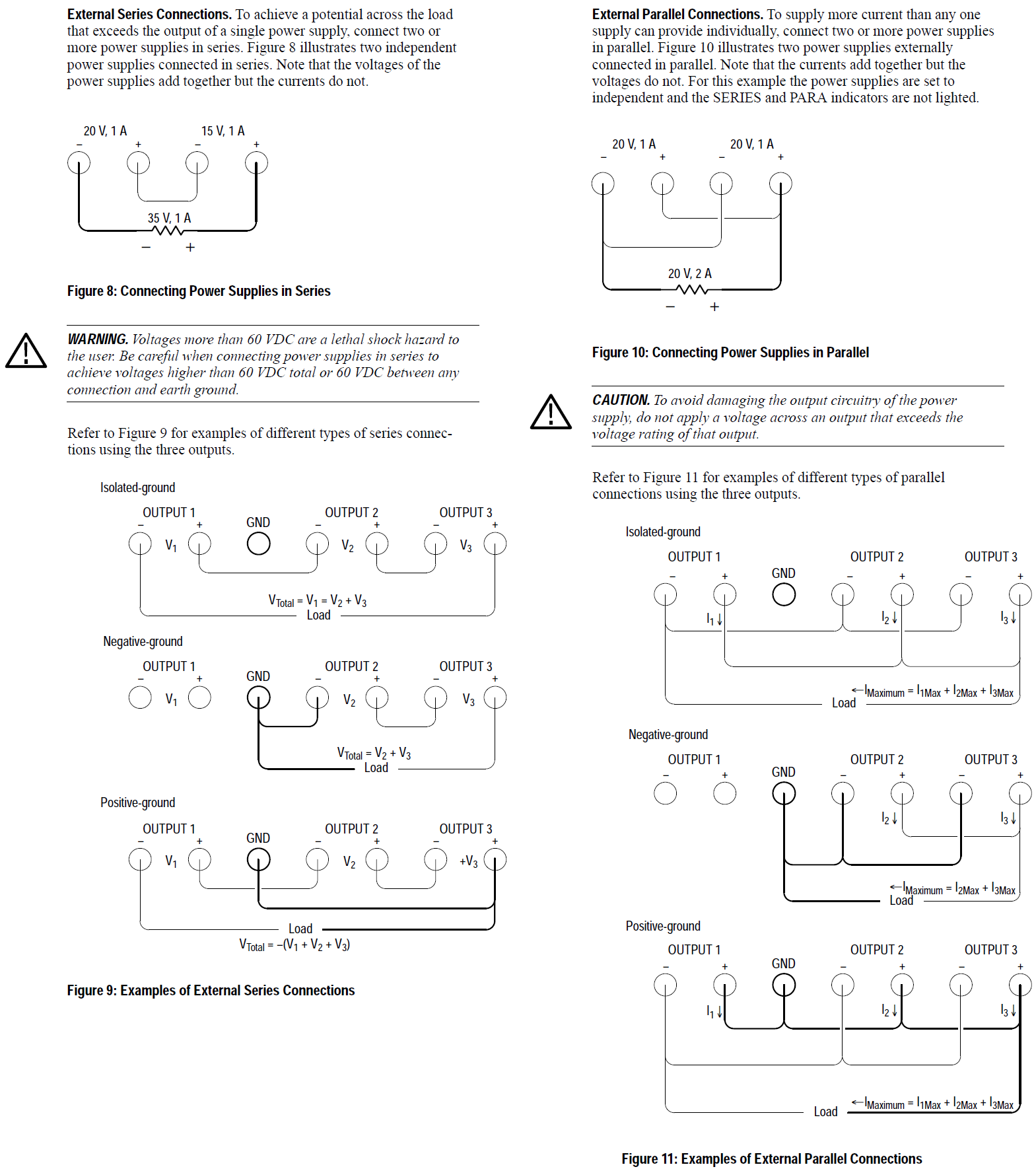 As you can easily see, this power supply is quite flexible. I'm a semi-dedicated, wanna-be hobbyist. So I look for instrumentation like this.