It seems that the most popular method of voltage mode control of buck converters is by varying the duty cycle. Is this because it is easier to do so because we can set the duty cycle using PWM ICs?

How do I start small-signal modelling of a buck converter (DCM mode) keeping input voltage Vin and duty cycle D constant, varying switching frequency? I want to get the transfer function $$\dfrac{\hat{v}(s)}{\hat{f}(s)}$$

EDIT 1:- For example, here's a question that asks to find this, [SMPC book, V Ramnarayan], 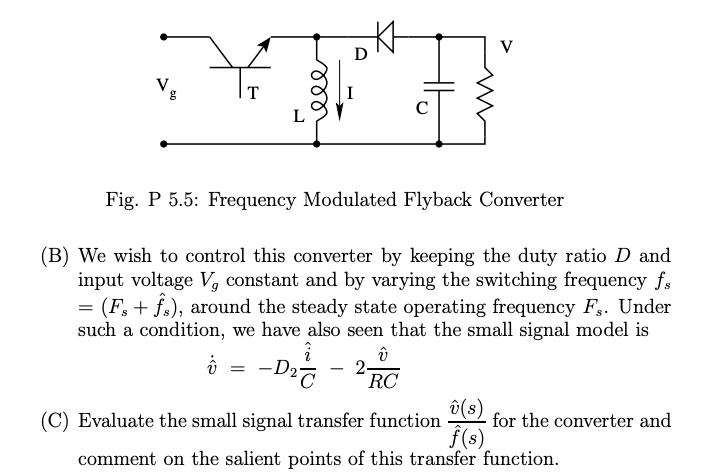 I'm not able to get the small signal model mentioned in part B, neither the answer to part C. I imagine a similar approach can then be taken for a buck converter.

I have looked into a model like this long time ago. It was when the first PWM controllers having frequency foldback in light-load conditions were released. As the loop was going through different operating modes, it was important to check stability in all these loading conditions. One mode was when the peak current was frozen while the frequency was controlled through a voltage-controlled oscillator (VCO).

For many years now, I have adopted the PWM switch model to analyze power converters. Released in 1986 by Vatché Vorpérian, it cannot be beaten in terms of simplicity of analysis. The below figure shows you in the left side the PWM switch operated in peak-current-mode control with \$V_c\$ the control voltage. In all the equations, the frequency is fixed. In the right side, the model is tweaked to unveil the switching frequency contribution:

When this is done, you start the linearization of the PWM switch operated in variable frequency. This is not a simple thing to do and the right-side window shows the many coefficients to determine: 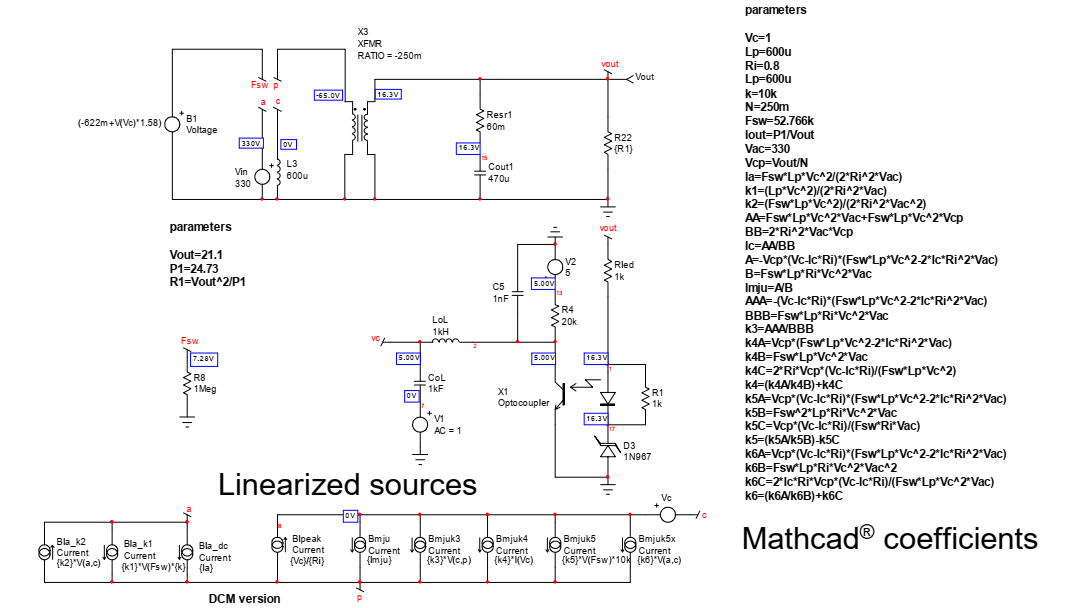 When you have confirmed your model is correct, then you insert it in the buck configuration and you start the analysis using for instance the fast analytical circuits techniques or FACTs as described in my new book entirely dedicated to small-signal analysis of switching converters. I have covered many switching cells but did not touch variable frequency - except for the LLC converter - because it is rarely used as a control means.

Not the answer you're looking for? Browse other questions tagged dc-dc-converter buck transfer-function small-signal state-space or ask your own question.