Why has the auto-router put my PCB traces on two different layers?

This is my first PCB design.

I want to design the PCB layout of the following switched mode regulator: 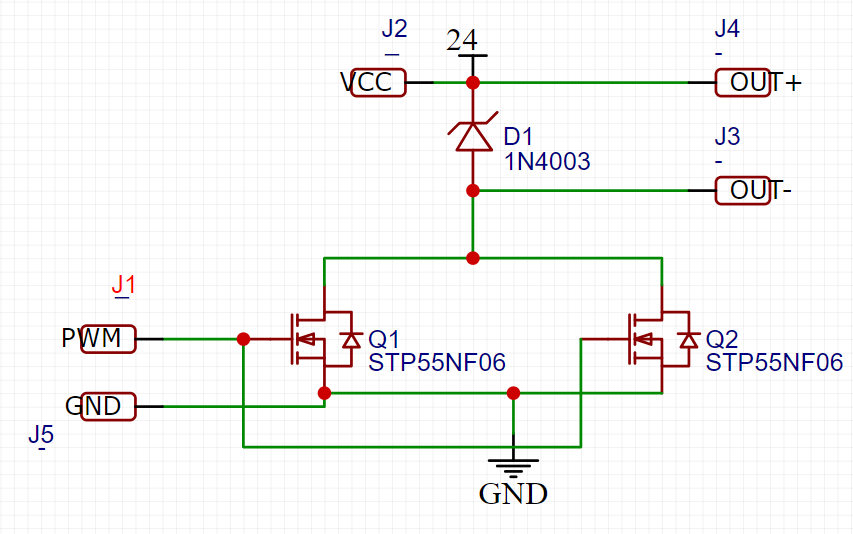 This is the resulting PCB layout in which I've placed my components and the auto-router function of EasyEDA has created the traces: 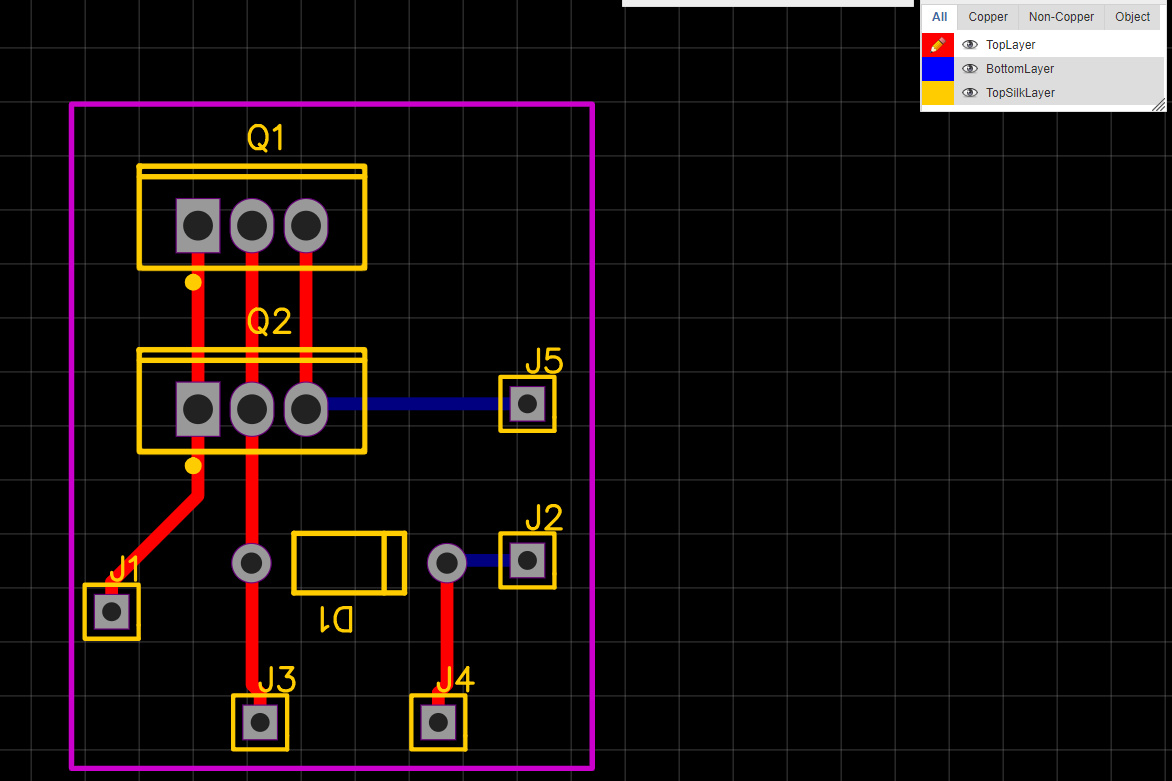 Here's some advice - never use an auto-router until you have had several years experience in designing circuit boards. If I were to tell you what to do based on my own experience (many years) my advice would be simply: NEVER use an auto-router. I've never used one in decades of designing many printed circuit boards and so you, as a beginner on this (maybe) shouldn't be considering it as an option.

Do you have any particular advice for components placement or routing?

It appears that your autorouter is using one layer for north-south traces (red) and another for east-west traces (blue). 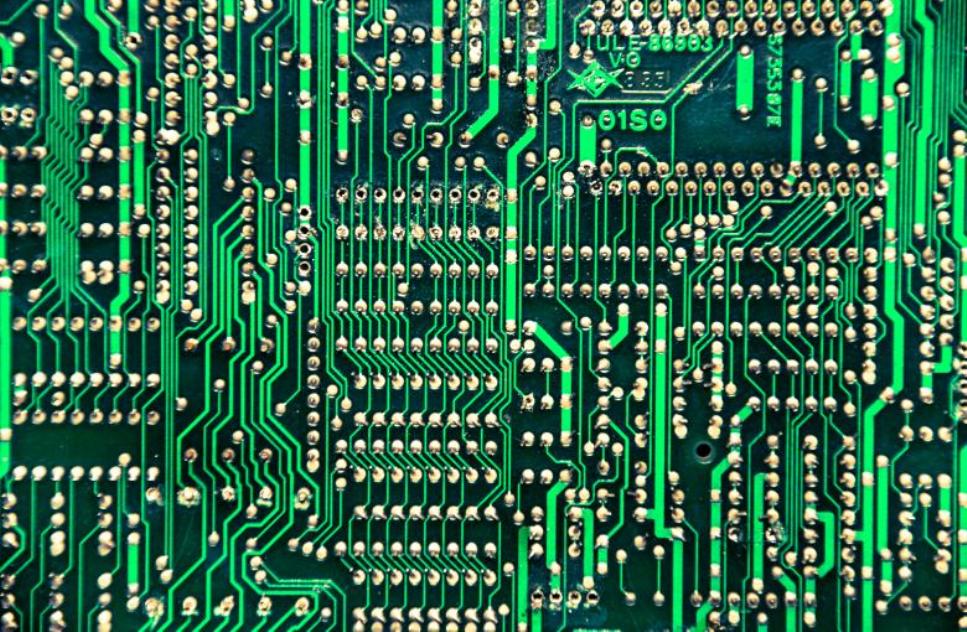 Figure 1. This side of the board is almost all north-south routing. The east-west routing will be done on the other side. Image source: Advances in printed circuit boards.

This is a sensible strategy as it is an easy design rule for a human or autorouter to follow. It also means that future additional north-south traces won't run into obstructions that require re-routing or circumnavigation.

Can you tell me the reason why the auto-router has put the traces to J5 and J2 on a different layer (bottom layer)?

Complex boards usually use 2 adjacent layers for signals. Then the auto-router routes vertical traces on one layer and horizontal traces on the next layer. This minimizes cross-talk. Your signals don't cross so it doesn't matter. The auto-router just follows simple rules to get the job done.

For a simple two layer board, you usually want one layer to be mostly a ground plane. Route as much as you can on the top, put a few traces on the bottom only when necessary. Fill top and bottom with ground fills.

Don't forget to use wider traces for power and other high-current signals. And don't simply use a table that only considers trace temperature rise, always consider voltage drops as well.

There are plenty of PCB layout tutorials on youtube.

Can you tell me the reason why the auto-router has put the traces to J5 and J2 on a different layer (bottom layer)?

Because it could. And because, having many options to choose from, it followed a sensible general strategy of using one layer for traces running left-to-right and another for traces running top-to-bottom. For your super simple board this is unnecessary, but as others have noted, if you had a lot more intersecting traces it could simplify things considerably. And the autorouter doesn't know whether or not you're planning to add more components and traces later, so it makes use of the layers it has available to route things in a way that will hopefully make future additions as easy as possible.

Remember that autorouters are tools. They do what you tell them to do and what they've been programmed to do, no more and no less. Contrary to some of the advice given in other answers here, I'd say it's perfectly fine to use them to save time and effort. Just don't expect even the best autorouters to always give you the exact results you want, at least not without careful tweaking of the configuration and routing constraints. Generally you should just use their output as a starting point for manual tweaking, and/or use them to finish up the "boring" parts of the routing after you've done the important and non-trivial parts manually.

Anyway, if you want the autorouter to keep all your traces on a single layer, you'll need to tell it to do so, e.g. by disabling the second layer entirely or just configuring the autorouter not to use it.

Based on some googling, however, EasyEDA doesn't seem to make this as easy as one would expect, as the assumption of having at least two layers available appears to be hardcoded into it. I guess you might be able to kluge it e.g. by filling one layer with a copper pour so that there's no room for the autorouter to put traces there, but I haven't tested this. The alternatives would seem to be either routing your traces manually, fixing up the autorouter output by hand or switching to another program with more flexible layer and routing options.

Autorouters must be instructed in order to do what you want.

You have to input rules.

I've never used one because they put a lot of vias and do odd things.

Put all connectors on one side of the board.

Use 0.3 mm diameter for drill holes of vias.

Use 0.8 mm diameter for copper pad of vias.

Auto-routers have at least one strategy they use. A very common strategy is to route in one direction (North-South) on one layer, and the perpendicular direction (East-West) on another layer. That way the traces pack in much better, just as lanes on a highway going N-S on an overpass pack together well, and lanes going E-W under it pack together well.

In this case you don't really need what an auto-router can do for you; they're really intended for much denser boards with a lot more traces. Still, have fun playing with it.

Usually you can have it auto-route a single trace; that might be more useful.

Remember that you can use jumpers or zerohm resistors (essentially jumpers), or orient and locate components to minimize trace lengths or make routing more convenient. Usually spend some time moving parts around with connections in 'rubber-band' mode, figure out where connectors, mounting holes (allow for the screw head, the spacer underneath, somewhat-oversized screw heads), etc. go.

Assuming that the auto router you're using is even capable of laying this out sensibly, you haven't configured it to do the right thing, so let's just forget about that - it'll take less time to do the manual layout. In fact, it should take less time than it'll take you to read this answer, assuming that the components were placed is good locations (they likely aren't!).

What you show isn't a switched-mode regulator, it's just a switched low-side power stage. The layout should be done manually, using large copper fills, to minimize the current loop areas. Since you're designing a component for use in a larger circuit, minimizing the pulsed current loop areas in the system is just as important as in the subassembly you're focused on. It seems to me that your idea is to have flying wires going to J2, J3, J4 and J5. Those wires will act as parasitic inductances and can potentially destroy the components due to inductive kickback. J1 may also be critical since gate drivers usually slew fast, so the kickback on that wire may well break down the gate insulation.

To review your design, we need to see the entirety of the switching regulator circuit, so that the best partitioning of the circuit can be suggested. It is highly likely that the subassembly you're proposing should not, in fact, be a sub-assembly, but rather a part of the larger regulator circuit - or at least the pulsed high current loops need to be on the same board, i.e. the input capacitors, the switches, the inductors, and the load capacitors, all need to be close-by, and the loop area minimization needs to be an integral aspect of the overall design.

TL;DR: Tell us what you're actually designing, since what you show is just a little component of something bigger, and as shown it's unlikely to perform satisfactorily or even at all.

Not the answer you're looking for? Browse other questions tagged pcb pcb-design circuit-design pcb-fabrication pcb-layers or ask your own question.

2
FT2232HL interface board critique
0
Can Fritzing automatically position my components on a PCB?
1
Placing the pads of SMD components in different layers (KiCad PCB design)
0
How to optimize routes for prototype PCB
3
Routing traces over traces in two layer pcb
1
Designing PCB with AC Live and Neutral on two layers
2
Is there any PCB design software/extension that can do automatic components placement?
0
Sizing of different PCB polygons on different layers for high current
0
EasyEDA: The clearance between two objects is less than the Design Rule Checking (DRC) clearance which has different nets