Fungus causing my board to shortcircuit?

I have an electric bike, which started to act strange a while back. The switches no longer function properly, possibly because things got moist. During the winter the cover of the bike was shredded by a storm, and it took a while for me to get a new one.

Now I've opened up the switch. Its a really simple board with just 5 switches on it.

These are the buttons 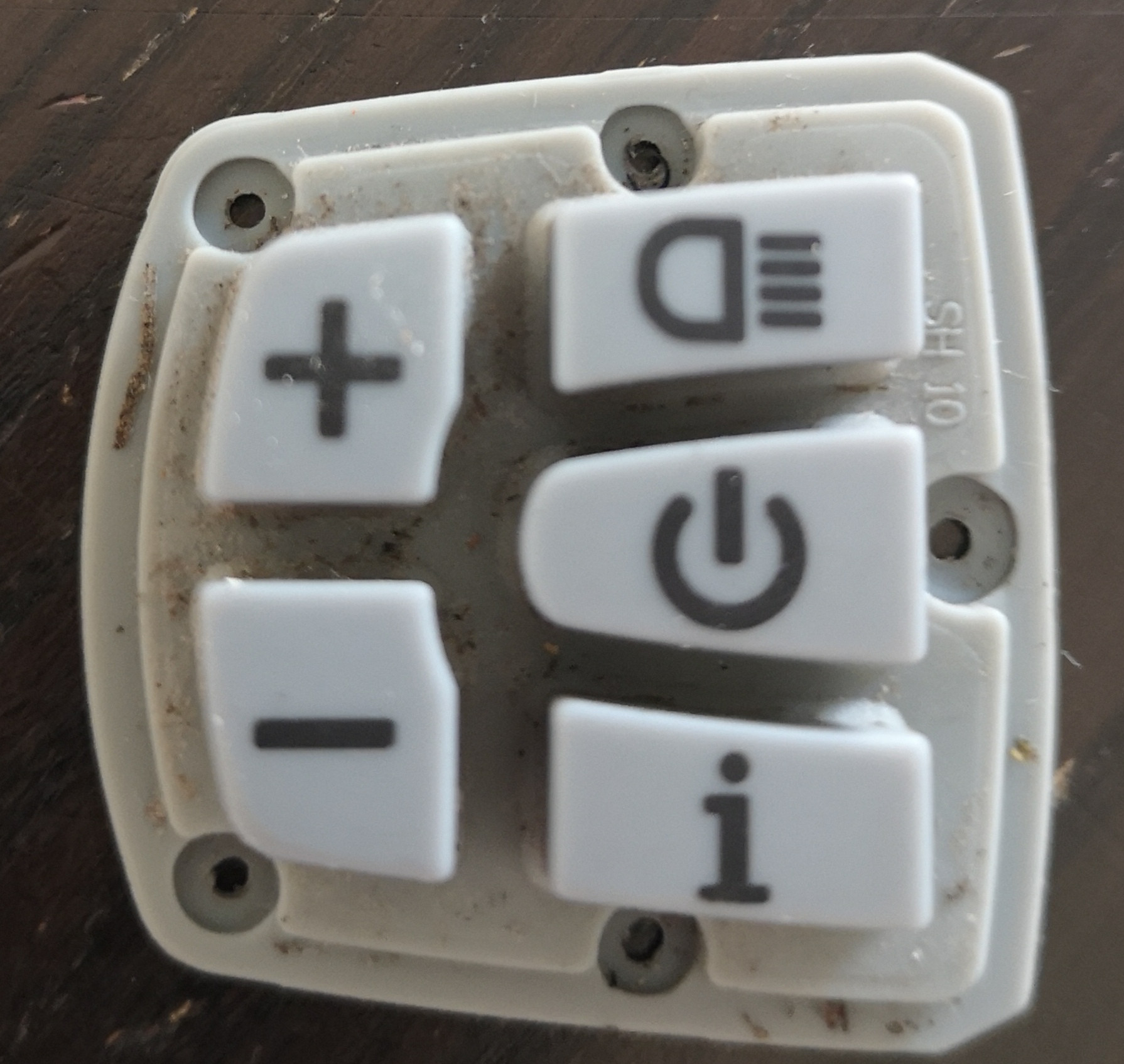 And this is underneath them. 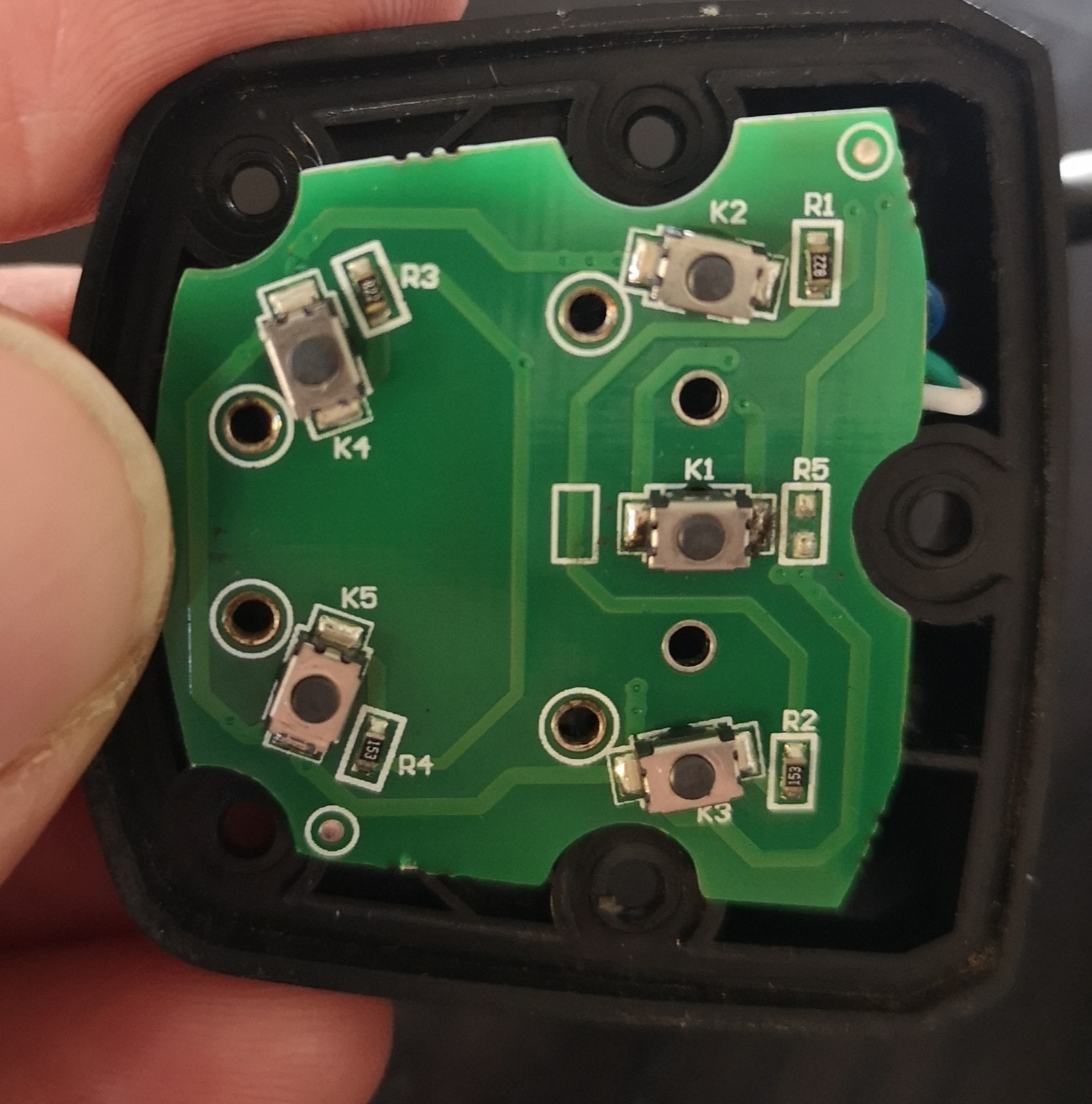 When I flip the board over I see this white stuff that resembles fungal growth to me. (Sorry for my background in agriculture I guess). 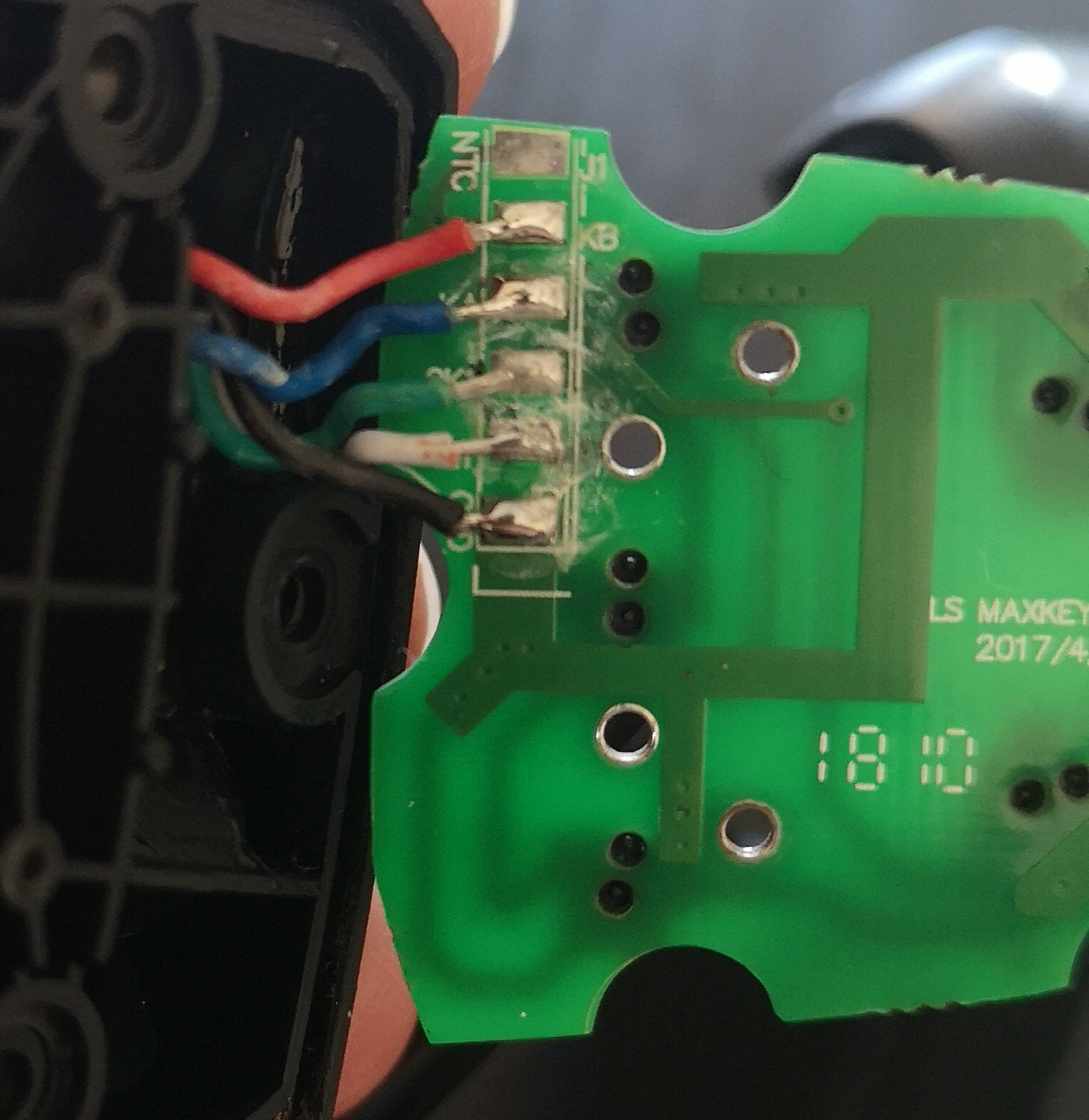 Now I know the board shorts as it acts continuously like the plus and minus button are pressed together, while none are actually pressed. The other 3 buttons function properly.

Now I highly doubt the white stuff to be a fungus, as I don't think it would conduct very well. What would be a likely explanation for this, and how to restore the functionality of this board.

I've looked at simply replacing the part, but there are only parts available with the attached computer included. That would set me back about €200+, so I would love to get this fixed.

That's not fungal growth; it's corrosion of the solder joints and flux residue around them. You can clean it off with normal cleaners like isopropanol.

It seems possible that water has got in and some form of electrolysis has taken place and the white deposit you see that is remaining is some kind of salt (an electrolyte present in most water) that, with the presence of some moisture, will still act as a reasonably good conductor of electricity.

how to restore the functionality of this board

There's half a chance that if you removed the "salt" (or deposit) that the problem will be fixed. Then I suggest you lacquer the board but don't get the lacquer on the switches in case it seeps in. However, the switches may already be damaged internally but, luckily, they are common or garden switches and can be easily replaced.