What is the correct supply voltage for LEDs?

I have a 5V supply power, three 5mm red LEDs, and each LED has 47-ohm resistor.

Two LEDs are bright but soon as I connect the third one all of them become dim.

Where am I going wrong? I'm new so a simple explanation will be appreciated.

Edit: This might be a terrible schematic but I just started to learn about these things a few days ago.

If you were to remove two of the 47 ohm resistors, you would get

LEDs are nonlinear devices -- their current vs. voltage curve is exponential with voltage. In practical terms, it means that essentially no current flows at low voltages, and then the current very rapidly rises.

In the case of your LED, that "low voltage" is around 1.6V. If you look at the datasheet, figure 2, you'll see this.

In fact, that LED calls out an operating voltage of 2V to 2.6V -- so using two in series with a 5V source is pushing it.

What happens when you put that 3rd LED is series is that the 5V supply just can't supply the minimum voltage necessary for the string to work -- and you get almost no light.

Typically, modern red 5mm LEDs drop about 1.7V-2.1V at 20mA, depending on the chemistry and size of the die.

That means that more than 2 of them in series will mean it's difficult to predict the current.

If you use individual resistors and connect them in parallel across the 5V, you'd want (for 15mA) about 220 ohms each and the current (using my Vf values) should be nominally somewhere between 13mA and 15mA.

If you connect two in series you will have about 3.6V drop so somewhere around 91 ohms and the current should be between 17.5mA and 9mA (quite a range but probably still safe for the LED).

Generally speaking, if current draw doesn't matter much, the individual parallel connection is better. Modern LEDs are pretty bright even at low current, so you may be able to use 470 ohms or 1K.

Most of the answers forgot to state the most important thing:

You don't talk about the correct voltage supply for LEDs, you talk about supply current. That's the reason for having the LEDs in series instead of parallel!

For manufacturing reasons LEDs have a Vf (junction drop voltage) extremely variable. Also being them diodes have an exponential current curve, so they are quite sensible to variations in supply.

In datasheets you will find usually the maximum Vf and the typical Vf (the minimum value often is not specified). If you just want to light the lamps, calculate a drop resistor using the sum of the typical Vf of all the LEDs in the chain.

However a better result can be had simply using a constant current regulator (usually in the range 10mA-20mA depending on the LED); a single transistor one would suffice, but they also make dedicated part for this purpose.

If you connect them in series, their forward voltages (Vf) add up.

Red LEDs have a Vf of about 1.8 ~ 2.0V at rated current. Three of them in series would yield Vf of 6V - more than your supply. So use two in series at most.

Also, you need only 1 dropping resistor. Knowing that 5mm (T-1-3/4) LEDs are usually rated for 20mA, we can set the current as follows:

Why not look at the LED specs in its datasheet? The absolute max allowed current is 30mA but 20mA is used for its forward voltage that is typically 2.0V but can be 2.6V max. Simple arithmatic shows that at least (2.6V x 3=) 7.8V is needed but one series resistor must limit the current to a maximum of 30mA.

If driving a LED with a series resistor, you need a voltage that is above the forward voltage of the LED at your desired operating current by a sufficient margin to account for LED variability.

So lets try some designs. Lets say we want to aim for a 10mA forward current. That means a forward voltage of around 1.82V.

With one LED on a 5V supply, that gives us 3.18V for the resistor, and a desired resistor value of 318 ohms. Round that to the closest common value of 330 ohms.

This will be a stable but inefficient configuration, more voltage is dropped over the resistor than the LED, so variation in LED forward voltage will have little impact.

Now lets try two LEDs in series. Now 3.64V is taken by the LEDs, so that leaves only 1.36V for the resistors. Now we only need a 136 ohm resistor to limit the current.

This system will be more sensitive to variability in the LEDs and in the supply voltage, but it will probably still be ok in practice. At least for indicator LEDs there is a pretty wide range of currents that will result in acceptable brightness.

With three LEDs in series we have a problem. 1.82*3 = 5.46. So with LEDs that perform typically we won't achieve our goal of 10ma, even with no resistor at all! The graph becomes hard to read at that level but it looks to me like the current will maybe be around 1mA at that voltage. This is likely to be very variable with slight changes in supply voltage and temperature and between different LEDs of the same model.

You can get even simpler to view the relationship as a "hockey stick" line, sort of like the global temperature curve for global warming. As in global warming, the temperature does nothing until the 20th century and then shoots up like crazy, in a diode the current does nothing for low voltages (close to unmeasurable) until it gets to the "Forward Voltage", and then the current goes up like crazy for just a little more voltage. Unfortunately diodes don't have any internal protection and this current will destroy it immediately. You can not just connect an LED to 5V and hope it works. It will get really bright for a moment and burn out.

So you need to put in a resistor to limit the current. The easiest approximation for the circuit is to pretend that the diode has a fixed voltage on it (say 2.0V in this case). Because the total voltage has to be 5V, that means the resistor has to have the remaining 3V on it. And then you can use Ohm's law to figure out what resistor to pick if you have 3 volts and you want 20 mA. Why 20 mA? Well, that's what the data sheet tells you for a typical forward voltage. Let's see, V=IR, 3V = 0.02A x R, R = 3.0/.02 = 150 ohms. If you don't have 150 ohms in your kit, then go bigger, say 200 or 300 or 500 ohms. The LED will just get a little dimmer. DON'T go smaller, because you'll probably burn out your LED.

Now if you put 3 LEDs in series, then you need to pretend that each LED has 2.0 voltages, so that is a total of 6V. But you only have 5V. So you have a few choices:

How do you get the data sheet? You go to google and search for the part number and the word "datasheet" 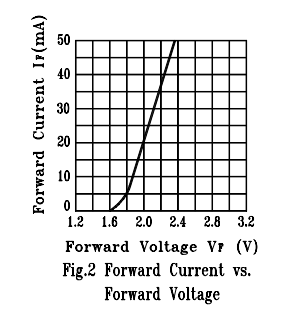 6
Right way of wiring discrete LEDs to make a high power LED panel
0
How individual LEDs in LED strips (or matrixes or cubes) are being powered when supplied with >=12V instead of 5V?

3
Switching intensity of LED's
1
LED Driver Circuit
1
Resistors with arduino
4
How can I stop the flicker of LEDs?
0
How do I use Circuit Lab to show me Voltage and current information on this circuit?
2
LED Blinking after replace
0
steering 3 LEDs with double button
2
Capacitor discharging after power supply is turned off