I was reading this book - 'Fundamentals of Electric Circuits - Alexander, Sadiku'. I came across this: 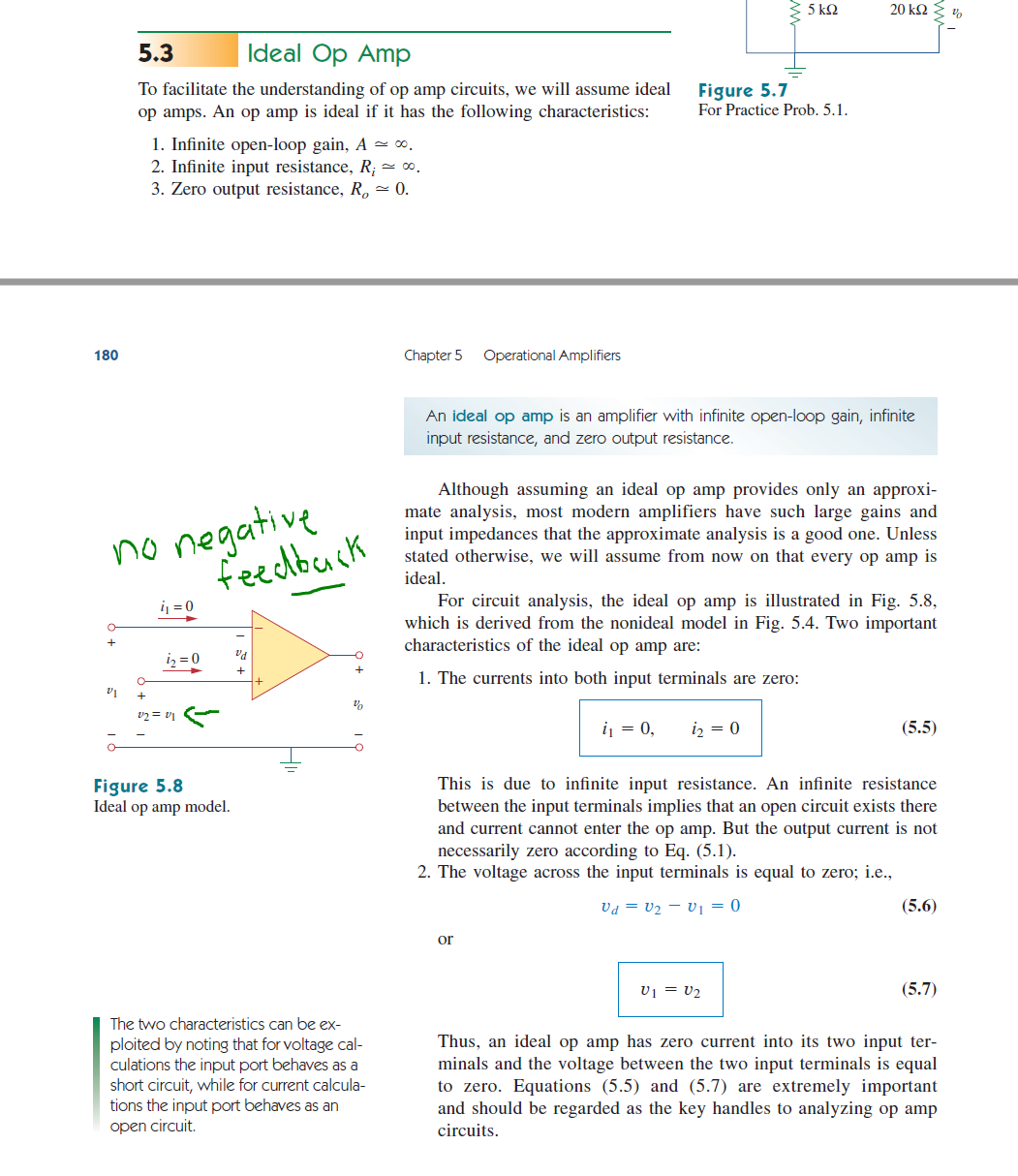 They say that a characteristic of an ideal op-amp is that v1 = v2. I was taught that this is only true when the op-amp is set up in a negative feedback configuration. Is that not true? Is this v1 = v2 'virtual ground' principle always true?

I was taught that this is only true when the op-amp is set up in a negative feedback configuration.

The book is clearly imprecise! An ideal opamp puts out:

The last two ensures that feedback actually works, both positive and negative.

The other properties seems ok, it doesn't source or sink from either input (whatever the potential is) and it can source or sink an infinite amout of current without deviating from its infinite output (it's really infinite, in voltage and current)

If you are talking about input impedences then you need to state that the input impedance is infinite both between the input terminal and the ground and between the terminals. This is useful since real amps have both common mode and differential mode impedances

Removing the infinite current/voltage properties creates a lack of linearity i.e. superposition doesn't work anymore and most other theorems too.

If it was as the book said i.e. the potential between inputs it's alway zero then (by definition) the differential mode impedence would be zero i.e. they would be shorted together. That's not really the case.

What they wanted to say is the `virtual ground' property where to have the output zero both input must be at the same potential (and since the output would be otherwise infinite, it's the only acceptable working point)

9
Op amp analysis: when are the “negative feedback rules” applicable?
1
Understanding solution to op amp in first order circuit
3
Understanding Op-amp Negative Feedback
3
What do we need the op amp for in this current-to-voltage converter?
2
Is there a virtual ground in this op-amp?
13
Virtual Ground Paradox?
1
Virtual Short Concept in an Op-Amp
0
Op - Amp: Linearity, Negative Feedback and Virtual Short
7
How does negative feedback change output impedance?