How to calculate input impedance for this simple circuit? 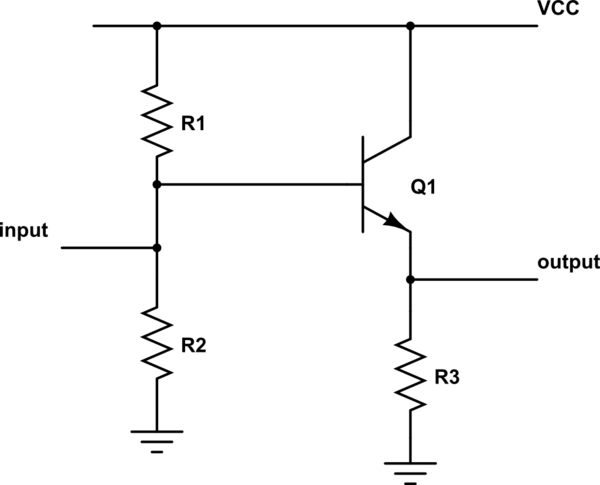 I will not go through the calculation but I can show you how to build the equivalent small-signal or linear circuit from which you can calculate the input resistance.

As underlined by the authors of comments, you need to resort to a small-signal model of the bipolar transistor. The transistor is a highly nonlinear device and you can linearize its behavior around a given operating point. One simple low-frequency version is the hybrid-\$\pi\$ model shown below:

Now simply insert this invariant model into your circuit by respecting the pinout and you now have a linear circuit where you can apply all the classical theorems like Thévenin, superposition and so on if needed: 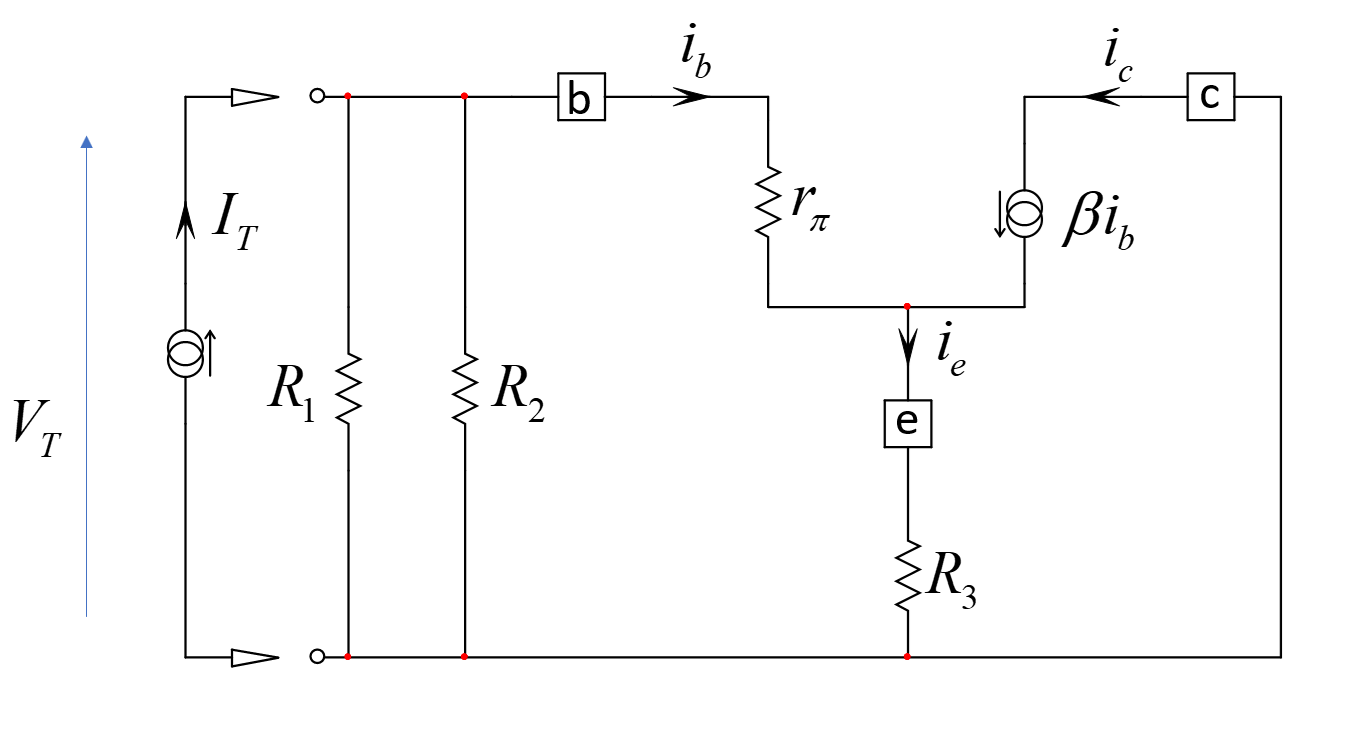 You see that the \$V_{cc}\$ is kind of folded to the ground - if my poor English is clear enough - implying a grounded collector and the upper connection of \$R_2\$ also at the 0-V line. This is so because whether we talk about a resistance or an impedance determination, we talk about small-signal values. Small-signal value means that, at some point, there is a low-amplitude stimulus injecting a signal in the circuit for analysis. This stimulus will propagate in the circuit to form a response, the output signal you want to analyze. Some wires in the circuit will see this stimulus propagating but some will not. Typically, the \$V_{cc}\$ line is well decoupled by a big capacitor meaning that despite a modulation applied to the circuit, you won't observe anything with an oscilloscope if you probe this line: its ac voltage is 0 V and a 0-V source is similar to a short circuit in the ac representation. This is why you short the \$V_{cc}\$ to ground in ac analysis.

To determine an input impedance (or a resistance in your case), simply install a test generator \$I_T\$ (our stimulus) and determine the voltage \$V_T\$ across the source (our response). The resistance you want is simply \$R_{in}=\frac{V_T}{I_T}\$. It would work in a similar way if you would have energy-storing elements in the circuit like inductors or caps. but it would then become an impedance defined as \$Z_{in}(s)=\frac{V_T(s)}{I_T(s)}\$.

In this example, you can immediately see that \$I_T=i_b\$ and you have two resistances in parallel directly connected across the current source. You could easily temporarily disconnect them and determine the intermediate input resistance without them, \$R_{int}\$. The final result would simply be \$R_{in}=R_1||R_2||R_{int}\$. This is already part of the fast analytical circuits techniques or FACTs that I keep preaching on this friendly site : ) Good luck with your exercise!

Not the answer you're looking for? Browse other questions tagged impedance input-impedance or ask your own question.