I am currently working on a microcontroller based project to measure the blood flow velocity using ultrasound doppler.

I have purchased two Spengler 8 MHz continuous mode probes in order to measure the doppler shift.

I have disassembled one of the probes to test it. It is formed of an 8 MHz crystal, which outputs a 2 V ppk 8 MHz sine wave (as viewed on the oscilloscope.) It also has an MC1496 modulator/demodulator chip to remove the carrier frequency followed by an LM324 chip for amplification. The final probe output are two wires, sig1 and sig2.

I have tested the outputs on the oscilloscope and compared them to the RX and TX signals of the sensor after breaking the probe open.

I have exported the signals to Matlab with the hope of detecting the blood velocity using FFT. I performed AM demodulation as well.

I am sure it is based on AM because when I hit the probe head the sig1 amplitude changes and rises, but I am not understanding how the CW doppler probe circuit works.

Based on what I found, this is a common and standard circuit used in probes and devices to detect fetal heartbeat.

How does it work? I do not see any shift in frequency in the heartbeat range using FFT. I have finally found the probe circuit, my outputs of interest are output2 and output3, from the final stage it seems they are using output3: 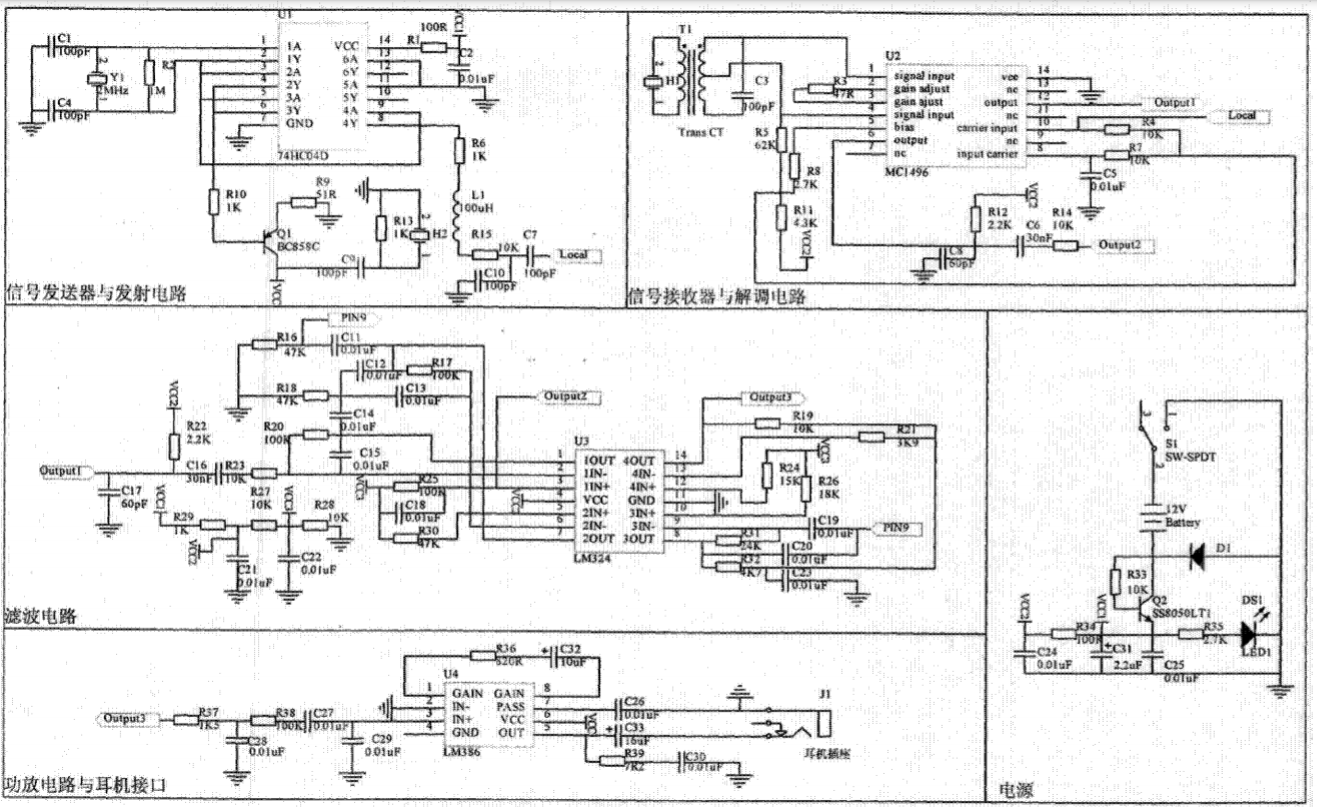 (This circuit is taken from https://patents.google.com/patent/CN203970415U/en) I have attached the simulation outputs: 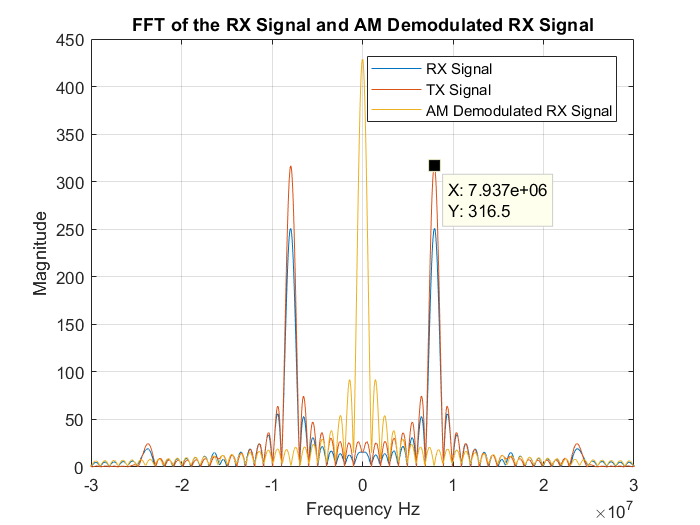 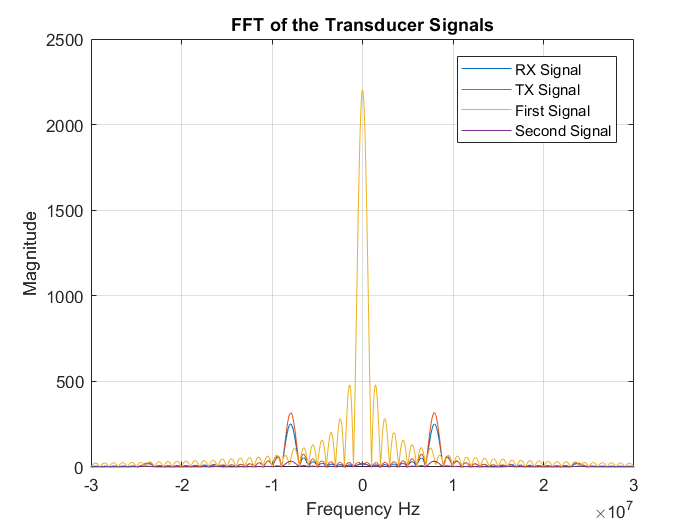 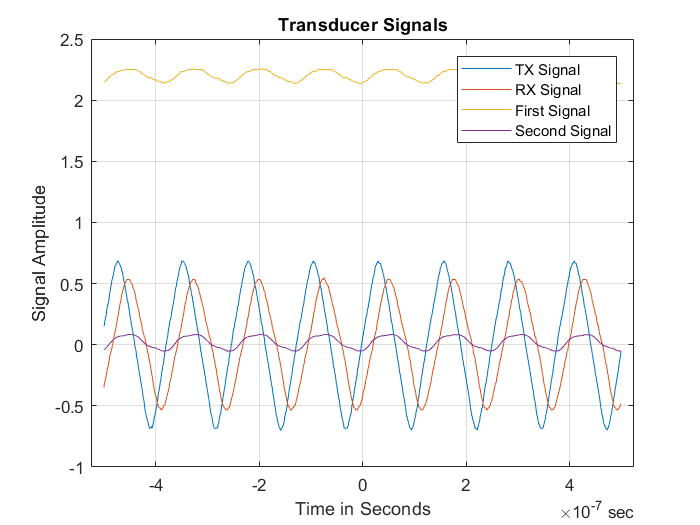 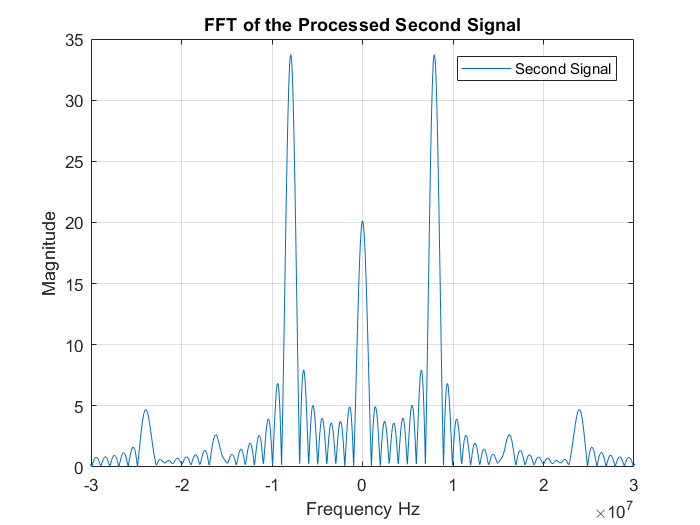 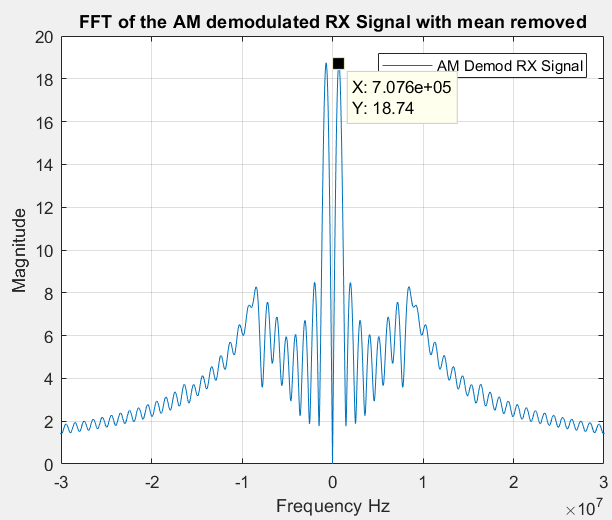 1
Noisy amplifier for HB100 doppler module
23
Review request: DIY DC to 50MHz differential oscilloscope probe
13
op-amp oscillators weird output
0
Preamplifier for HB100 doppler sensor
2
How to amplify a signal for piezo transducer from 1 Vpp to 200 Vpp at 400 kHz and 500 pF load
1
How can I implement a differential input for a logic analyzer probe?
0
Cascading inverting op amp for increased gain and low noise on piezo contact microphone
0
What are the advantages and advantages of ceramic and Langevin transducers for ultrasonic cleaners?